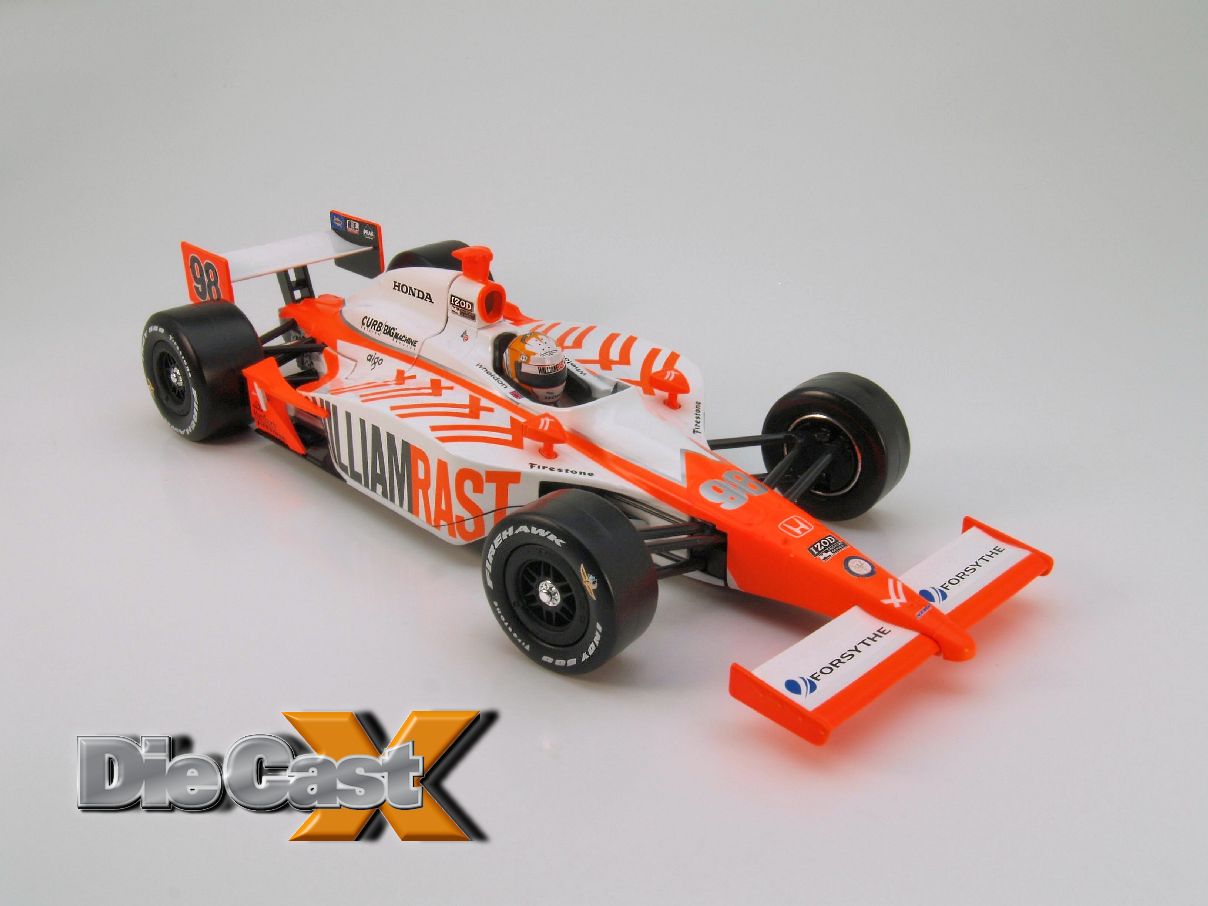 Dan Wheldon’s abbreviated life has been celebrated in many ways since his untimely departure in October of 2011, and GreenLight is joining the movement with this Wheldon family approved model of the #98 Bryan Herta Autosport car he drove to his second Indy 500 victory in 2011. This livery runs contrary to the simple white and red cruciform deco posted in GL’s announcement of a few weeks ago, and it honors a great, if uncertain moment in the talented Briton’s life (Wheldon’s Indy win came at a time when he was without a sponsor or ride for the upcoming season). GreenLight’s done a creditable job on the castings, and the car looks just right. The matte neon orange and gloss white paint are decorated with exacting replicas of all the sponsor decals; everything is tampo-printed on, and the tires have pinpoint-perfect “Firestone Firehawk” lettering and the Indy logo. Pull off the rear cover and there’s a moderately detailed Honda V8 and transaxle; they may not be as finessed as some we’ve seen, but the suspension arms and ground effects look realistic. So does the most haunting part of the car: the figure of a helmeted Wheldon at the wheel, eyes on the horizon.