Space X, the intergalactic sister company to Tesla Motors, just successfully tested “Falcon Heavy” — the largest rocket since the Saturn V took NASA astronauts to the moon 45 years ago. And because CEO Elon Musk has a sense of humor as well as a sense of style, he loaded one of his ground-based rocketship Tesla Roadster 2.0 hyper-cars in the Falcon as payload — along with a Hot Wheels of the orginal Tesla Roadster on the dash (tough to see in the pix but its just above the gauge cluster in the “Don’t Panic!” pic) and a robot driver! (He kinda looks like The Stig, doesn’t he?)

And because Musk is also a marketing genius, he mounted cameras all over and inside to live stream the whole thing. Wanna see what it looks like to ride 5 million pounds of thrust from 27 engines to 16,500mph? And that Tesla was along for the ride, making it far and away the fastest car ever!

(And no — these pix are NOT Photoshopped.) 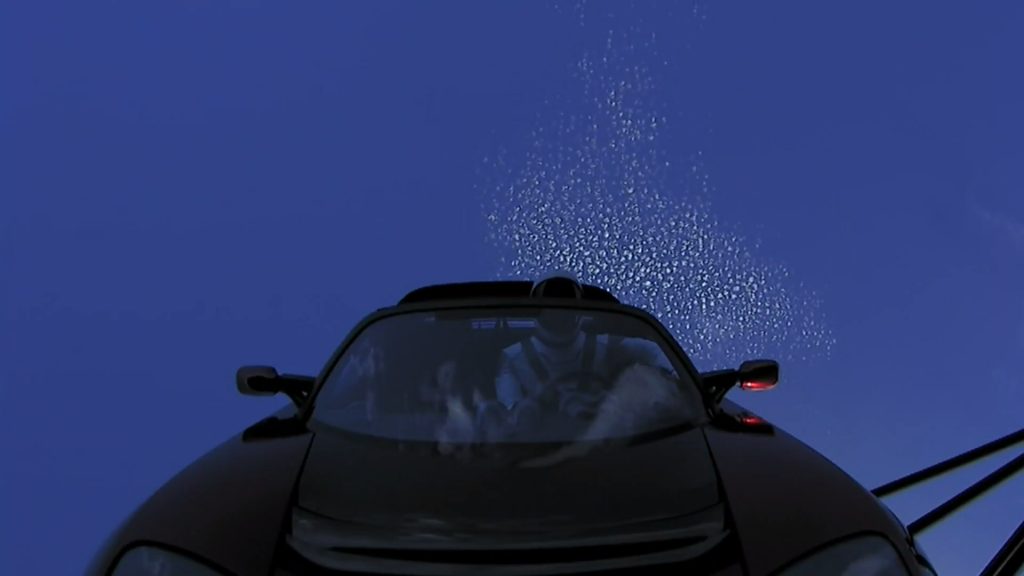 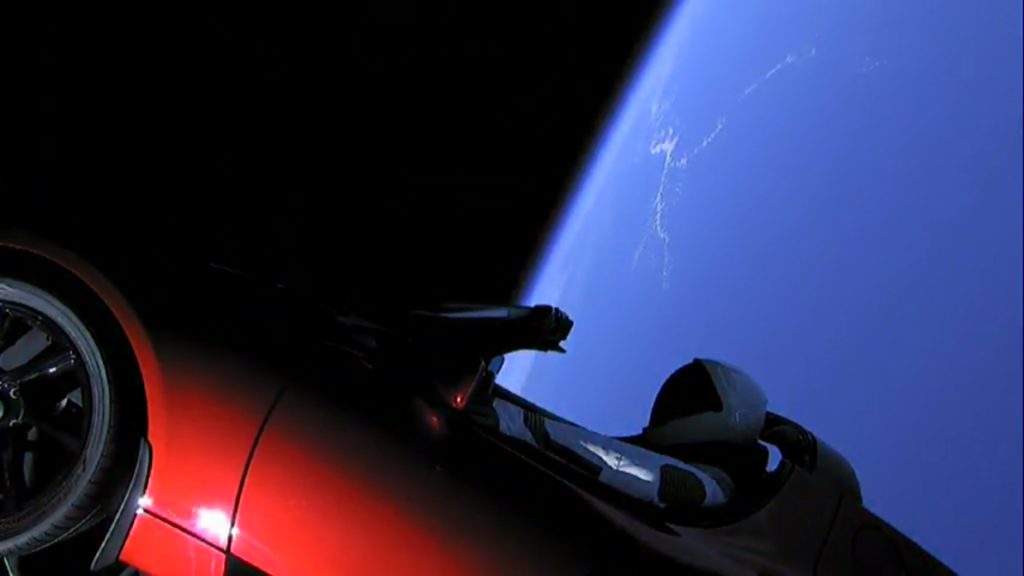 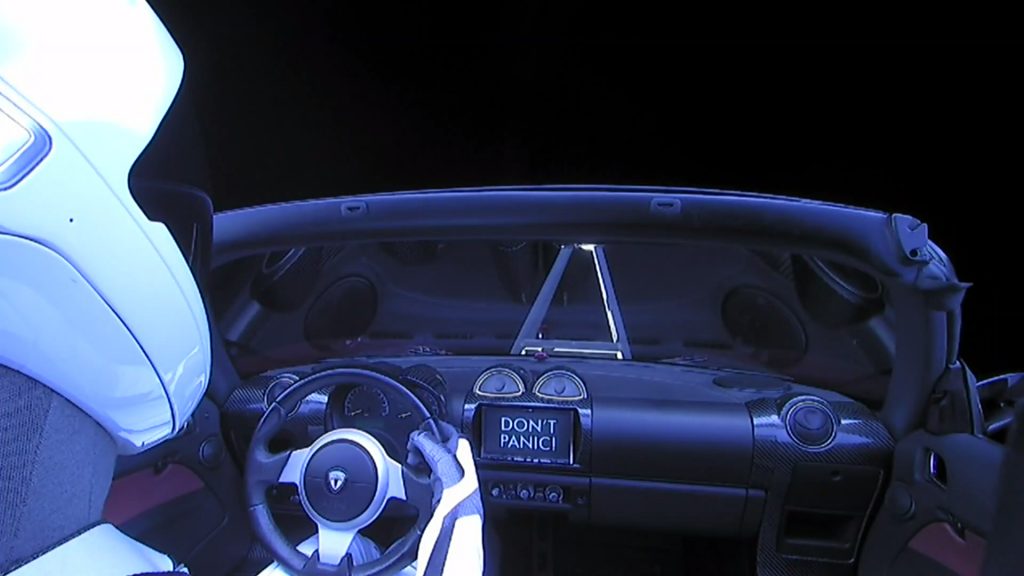 Watch the whole test flight in the video below!