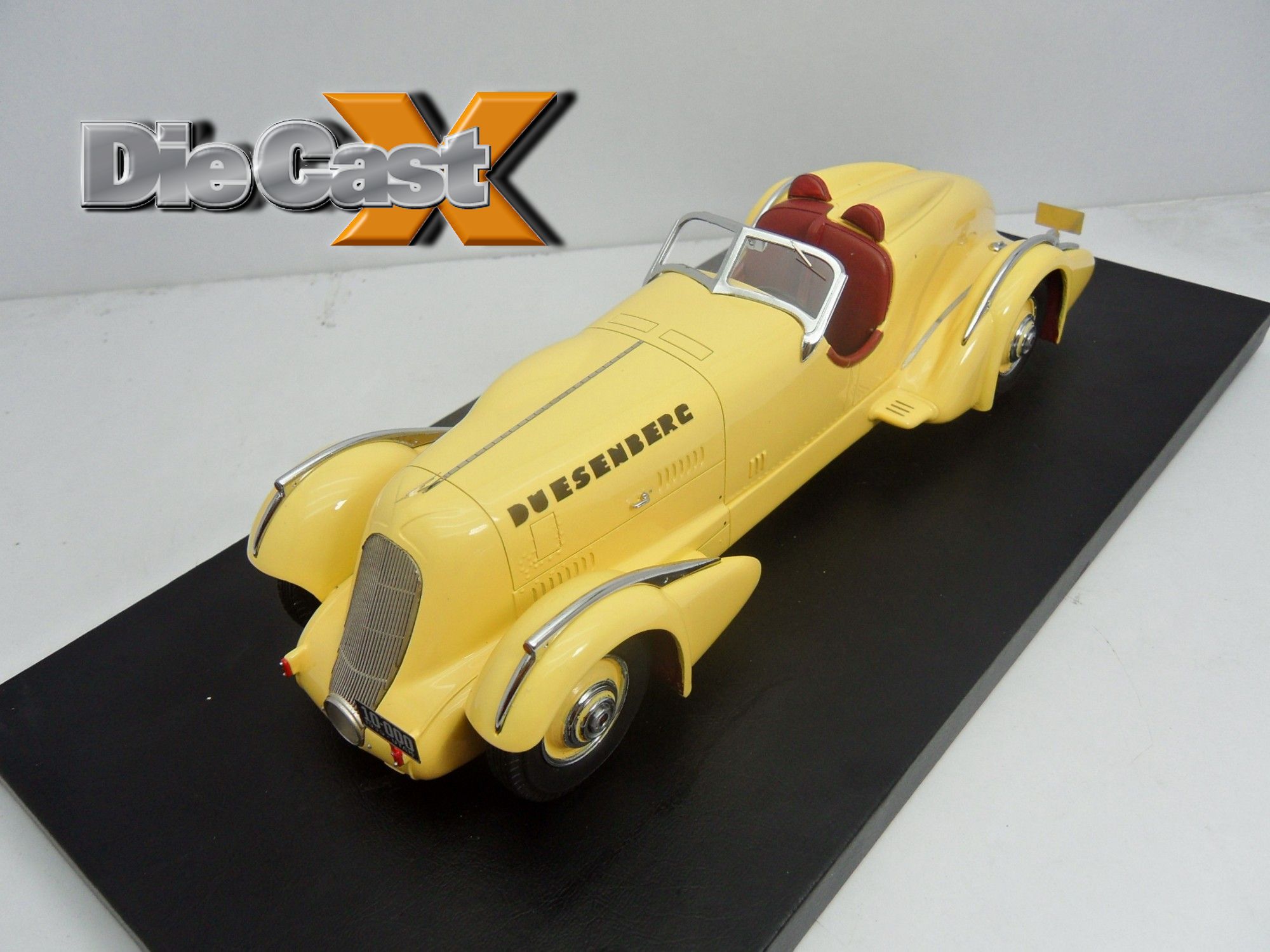 Remember that 1:24 Automodello Duesenberg “Mormon Meteor” we showed you pre-production pics of a few weeks ago? Well, Jim Cowen, Automodello’s president, sent along these factory-fresh (and un-retouched) photos of the car in its latest phase of development. You can almost smell the paint drying.

“It still needs some chrome, instead of plating, and we’ll be doing some additional details on the dash and instrument cluster”, says Jim, “and we’ll have the production models available in October, 2012.”

As the second 1:24 release from this company (the first was a stellar model of Rust Heinz’s Phantom Corsair, which is currently fetching nearly twice its original $299.00 retail price from those who have them for sale), this impeccably proportioned model of a historically important car is proving to be making a little history of its own. It will sell for $299.95, and will be strictly limited to a production of 599 pieces.

Jim’s promised to keep us on the short list for production-approved samples. We promise to keep you on the list to see them here, first.