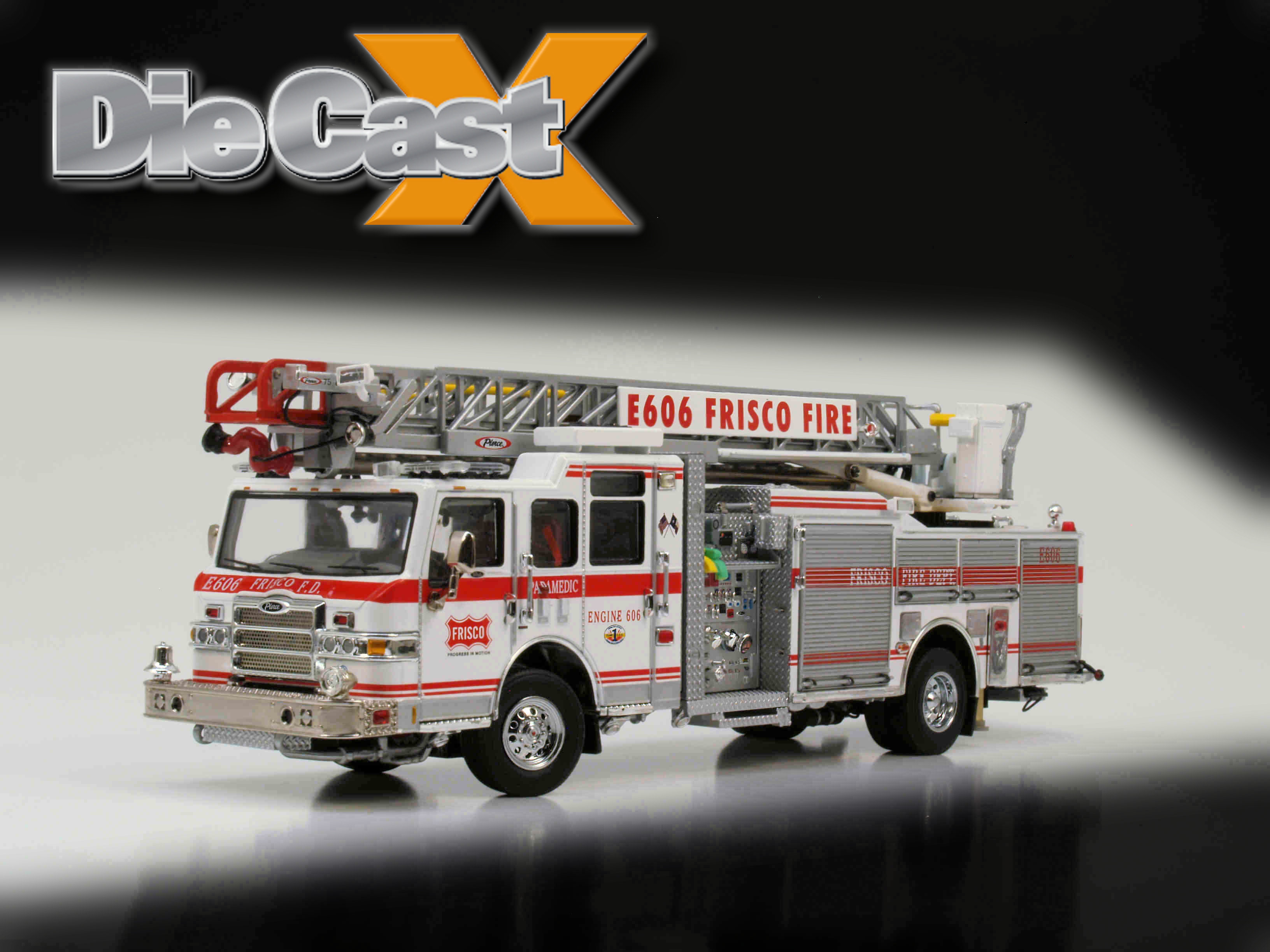 The city of Frisco, Texas straddles Collin and Denton counties, parked somewhere in the upper right shoulder of the Lone Star State, a few boot steps and a hip sway away from the winding Texas border with Oklahoma. It’s a good place to be. Frisco (which got its name from being a pivotal stop on the St. Louis – San Francisco Railway) has long been a darling of the press and census reports, and always for all the right reasons. The town’s growth has been monumental these past few years – so much so that it’s been designated America’s fastest growing city (2009), and holds the record for a decade of growth prior to that. It’s the ideal spot for young, urban families (most of whom commute daily to the Dallas-Forth Worth area), and it shines as an affluent, well-managed example of what a bedroom community can be, with a bit of careful planning.

And now, in addition to all of the civic and social accolades bestowed on the not-so-sleepy burg, they have a sweet model of one of their pride and joy fire trucks – a 1:50 Pierce Velocity with a seventy-five foot ladder – to boast about. Nobody could blame them if they did. The Pierce Velocity is a strong rig, heavy on technology and safety, and it’s the basis for everything from rescue units to responders like this ladder truck.

Super-builder TWH is the company behind the replica, and it’s one of the better ones we’ve seen from this well-regarded maker. In much the same way plastic kit manufacturers Jo-Han and AMT once supplied promotional models for the Big Three, TWH has been building premiums for companies like Pierce (and Seagrave, and Oshkosh, among others), for a while. That relationship has given them an inside track on new products, and a high level of involvement with blueprints and CAD files. No wonder the models look so good.

And they do look good. On the table, the first impressions from this little big truck are a combination of pleasure over the model’s slick, sharp, tamped-on decos and exquisite level of added-on detail bits – and great relief that I didn’t have to actually place any of those bits into their locations. It’s true; some of the models from this manufacturer arrive with mirrors and trim pieces in baggies, ready for attachment by the collector with a bit of white glue. To be fair, those models are easy to set up, for the most part. But I liked the fact that this Velocity came completely built and ready to display.

That’s not to say that the model is a hands-off affair – far from it. Once the shipping straps were removed, the truck proved to have a working suspension, poseable front wheels, pull-out outriggers, a working locker lid for the hydrant hoses on its top deck, and a tilt-up cab, just like the real Pierce. Added-on detail pieces, like the clearly lensed headlights and the red flashers up front, the light bars attached to the roof of the cab, and the remarkable assemblage of flashers, tail lights, and marker lights at the rear look like jewelry in this scale.

Against a backdrop of faux diamond-plate aluminum and neatly tampo’d paint, other pieces, like the water connections and valves on the passenger side, and the truly jaw-dropping control panel on the driver’s side, set the stage for what goes on at the model’s very top.

The working, pivoting, poseable and extendable ladder is, naturally, the model’s big “ta-da”, and it does put on a heck of a show. The three-section mast stretches to sixteen and a half inches at full extension; below it, a series of three steel sleeves emulate the motion of the water pipe below the unit, while the balcony at the ladder’s foot rotates along with the tree-topper against a series of detents. Beneath it all is a steel-walled galley with a handful of totes and 5-gallon solution buckets, lined up and ready for use. Though the ladder on this sample had a hard time supporting itself in any position except full-up and out, having the model on the table with its outriggers out, the screw-down “feet” lowered, and the ladder reaching for the ceiling, made for an impressive sight.

You’ll need to haul that ladder aside if you want to tilt the cab, and it’s something I suggest you do. Pierce makes the real trucks available with a choice of engines, ranging from a 350-horse Detroit Diesel to a truly earth-moving 600-hp ISX 15 Cummins; judging from the red paint and the familiar architecture, that’s what’s under this one’s cab, possibly in ISX 11.9 425-horse trim. Battery boxes are fitted on either side, just south of the Allison automatic trans; like so much of the detail under the truck, they’ve been wired in. You’ll want to be careful finding the prop rod under here, and you’ll certainly want to use a pick tool to place it; there’s a lot of delicate stuff to work around. While you’re at it, get a light and scope out the cabin. It’s complete, from the dash and driver’s station right down to the seat-back cradles for the Scott bottles the firefighters wear.

The chassis is equally detailed, from the “TAK 4” independent front suspension to the shaft-driven water pump and separately cast, fully plumbed air reservoirs beneath. It’s all beautifully placed and painted, and, as is usually the case with  these TWH-sourced models, it makes me want to display the rig on a mirror.

You see, I frequently get the chance to work on – and under – these trucks; not as a firefighter (though the thought has crossed my mind more than once), but as a technician. I’ve driven them, tilted their cabs, crept below them from bumper to bumper, and even had the chance to go along on a call or two as a spectator. I’ve skinned a few knuckles, and banged my big melon on these more times than I can recall. My skin, my scalp, and, most importantly, my eyes, tell me that TWH has done a phenomenal job here. I think that most fire truck collectors would agree. Highly recommended.