Now Alonso sets his sights on Indy
As one of three drivers at the wheel of the Toyota TS050 Hybrid (joining Sébastien Buemi and Kaz Nakajima) from Gazoo Racing at this weekend’s running of the 2018 24 Hours of Le Mans Fernando Alonso and his team led from pole and was the dominant car for virtually the entire 24 hours.
The win also brought Toyota its much overdue first win after many years of heartbreak, but the significance for racing history may be the stage it sets. The win catapults Alonso into the lead to become only the 2nd racing driver in history to win autoracing’s Triple Crown. 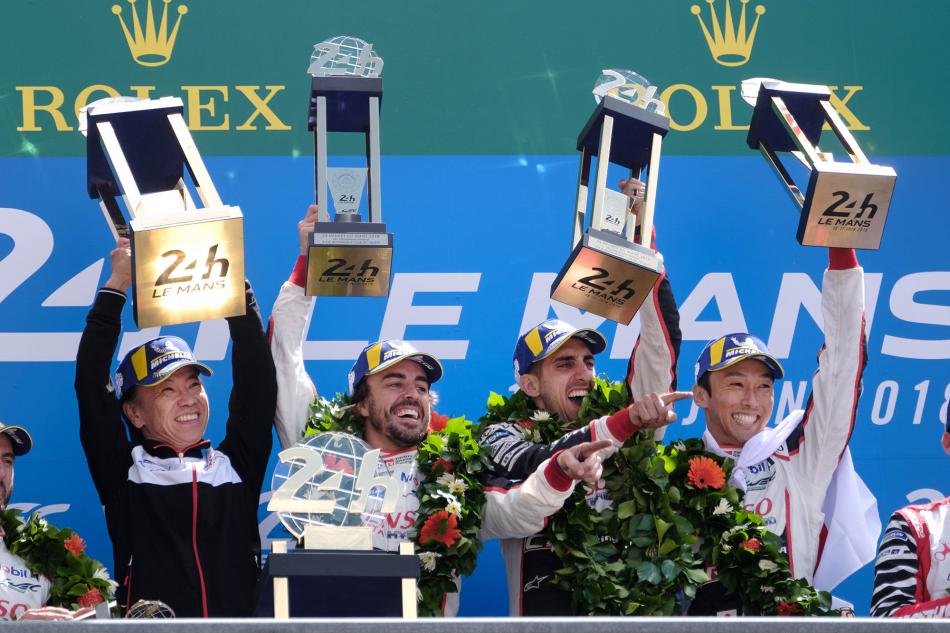 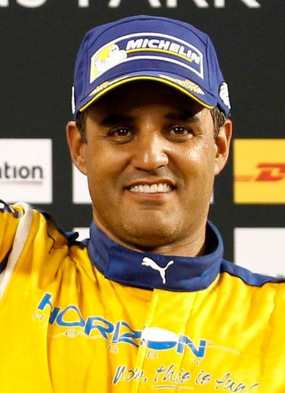 With his Le Mans victory he joins Juan Pablo Montoya as the only two active drivers with wins in two of the three legs of Racing’s Triple Crown. Both men have victories at the Monaco Grand Prix. Montoya has a pair of Indy 500 wins, while Alonso now has Le Mans. Alonso raced Indy only once in his career, but was a legitimate threat to win it in his rookie outing in 2017. He qualified 5th, led 27 laps and was running 7th when his Honda engine gave up with 27 laps to go.

It’s clearly on his mind too. Following his Le Mans win on Sunday, Alonso was quoted as saying “Yeah, yeah, it’s true–the Triple Crown is on!” Expect to see him back at Indy — perhaps as soon as next year — trying to be the second driver to win the Triple Crown since Graham Hill accomplished it with his Le Mans win way back in 1972.