In the 1960s and ‘70s there was perhaps no toy more ubiquitous than the Tonka Mighty Dump tipper truck. Inexpensive and indestructible, these things were meant to be played with in back yards and sandboxes. The giant yellow truck had plenty of company, as Tonka made similarly styled loaders, graders, mixers, and other construction equipment. And despite scratches, rust and dents from hard use, many of these survive to this day. There was another large-scale Tonka vehicle from this era many people may have forgotten, however: The Crater Crawler. 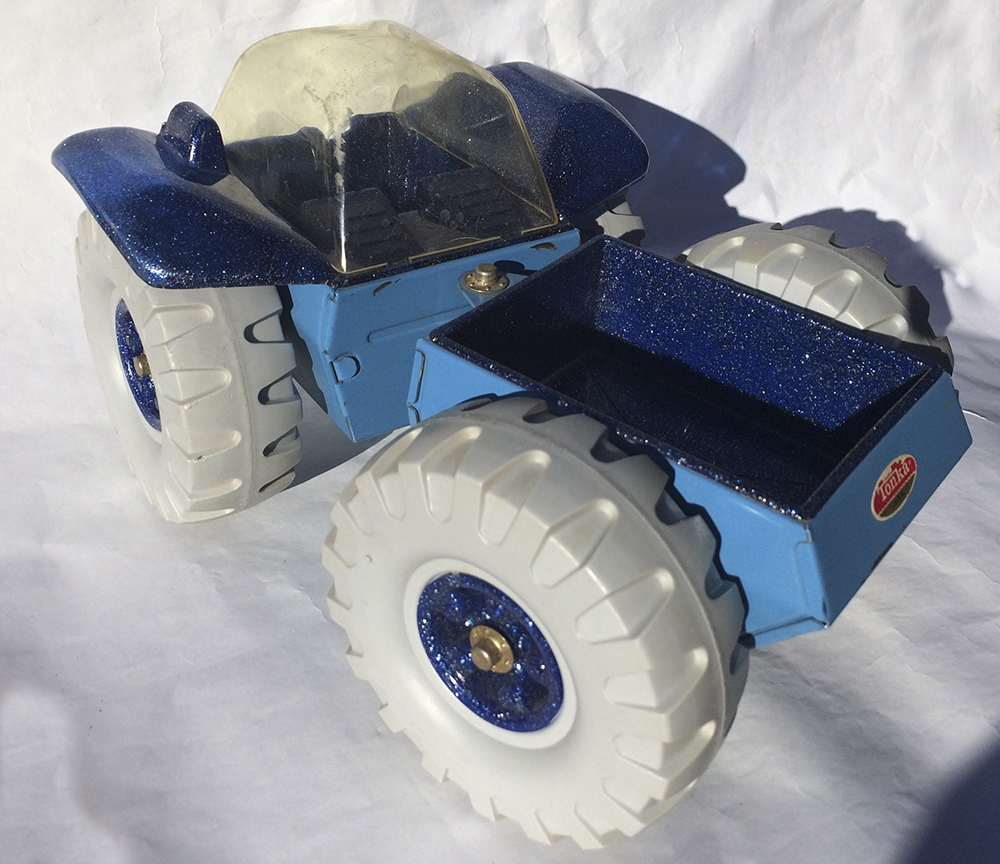 Released in 1970 during the height of the Apollo missions, this moon buggy was something of an oddball. It used the same giant tires, but molded in lunar gray. And instead of black and yellow steel, the body featured a bass-boat sparkle blue plastic cab and bed with a large clear bubble canopy. Despite the large wheels, it was considerably more compact than the construction trucks. 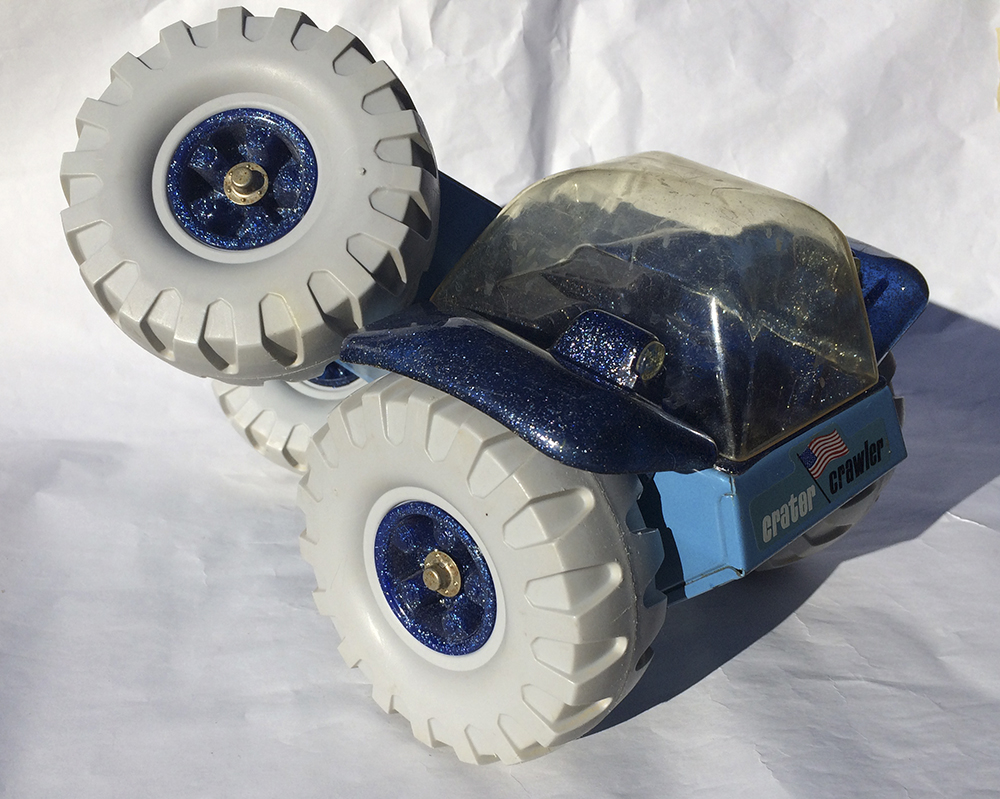 The short-wheelbase steel mainframe was articulated to make not only sharp turns, but to also twist dramatically. Aside from the brackets for connecting the two halves, the steel front and rear steel tubs were identical pressings. Despite all the plastic up top, the Crater Crawler was tough enough for when the sandbox was transformed to a lunar landscape. 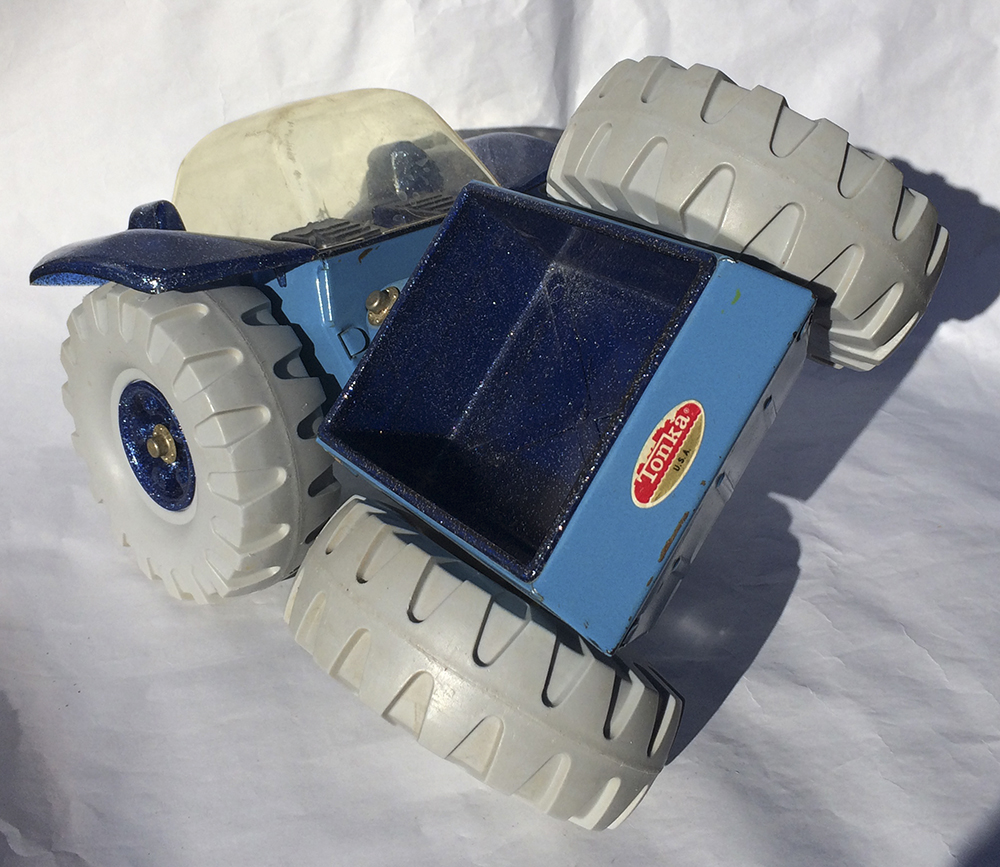 The original version of the Crater Crawler was only in production for only a year or two. It came with either a white painted base or a royal blue base, but everything else remained the same. It’s not clear why there was a difference, which came first, or which is rarer and more valuable. 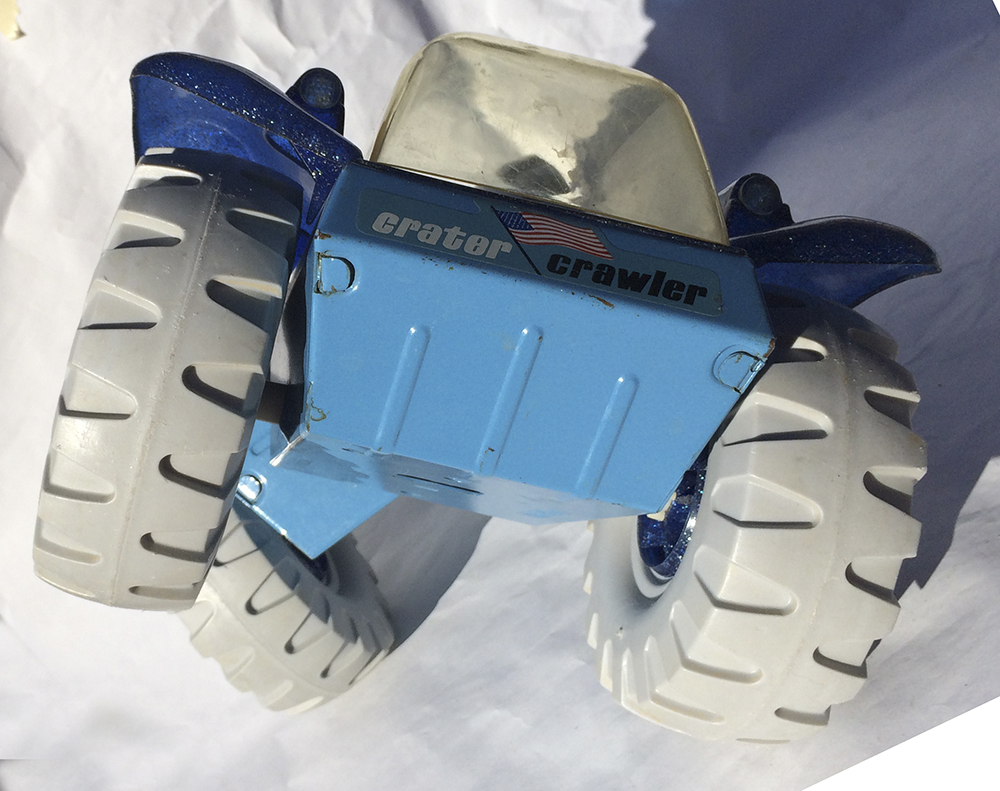 A couple years later, Tonka came out with an additional variant of the crawler, called the “E.R.V.” (Environmental Research Vehicle.) It had a green metal base, lime plastic body, and black tires. The graphic on the front featured the popular green and yellow ecology flag. It was not designed to tread lightly, but the intentions were good. 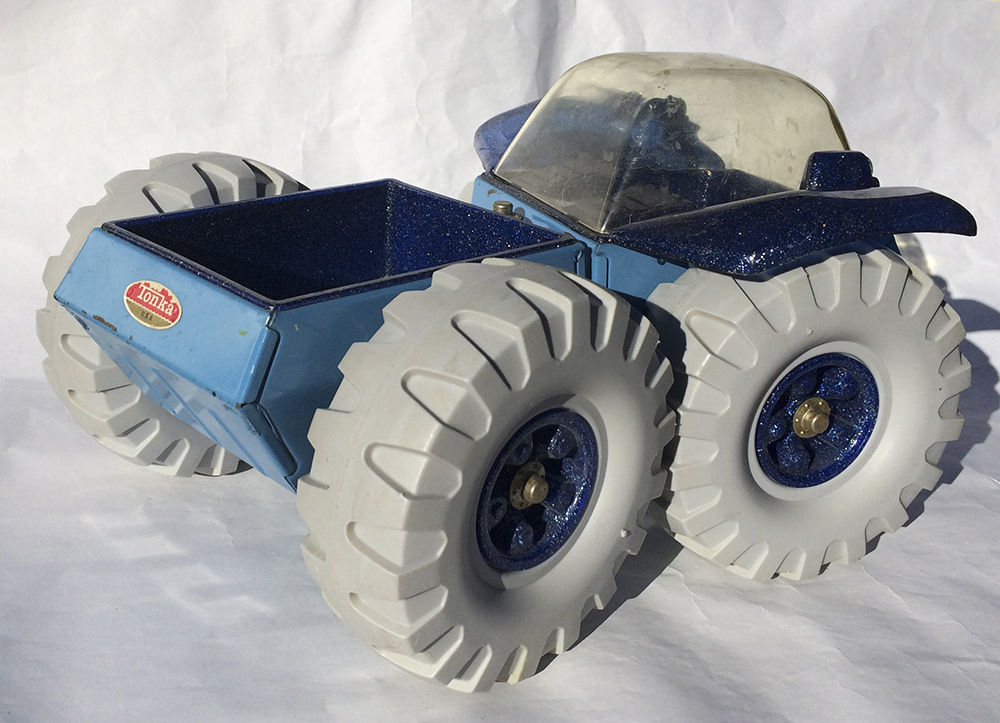 Any variant of the Tonka crawler is pretty rare these days, since total production of all versions only spanned a few years. For collectors of a certain age, however, the Crater Crawler takes you back to an era when lunar exploration really felt like the first giant step toward actually living on the moon some day. 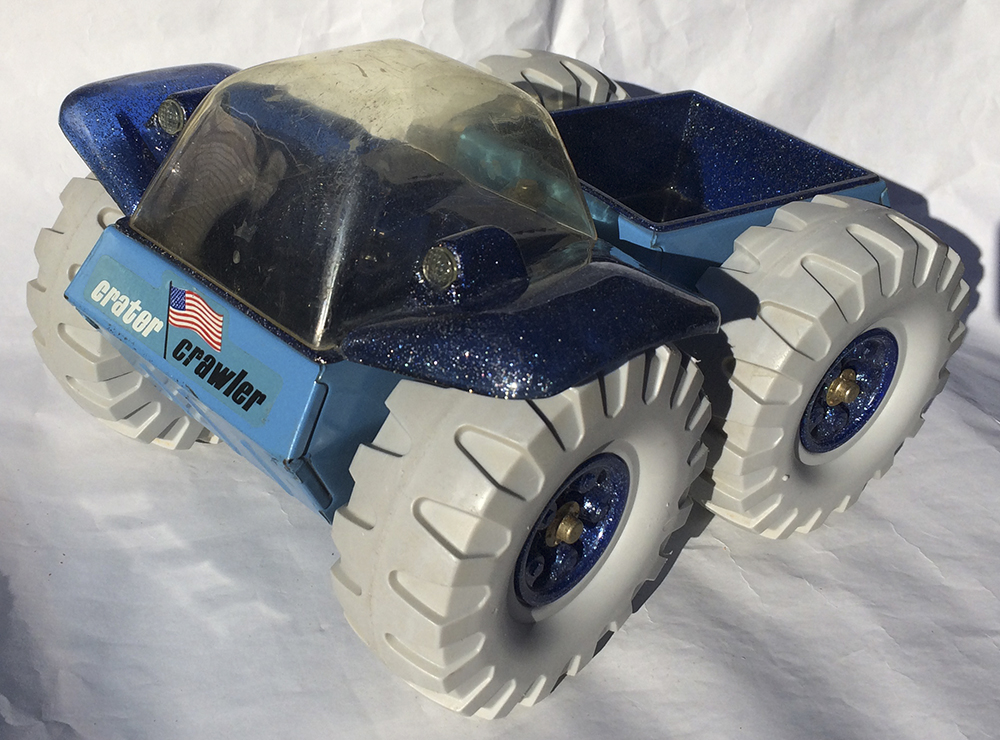 [Ron Ruelle is Social Media Director for hobbyDB, a database and marketplace for anything and everything collectible.]