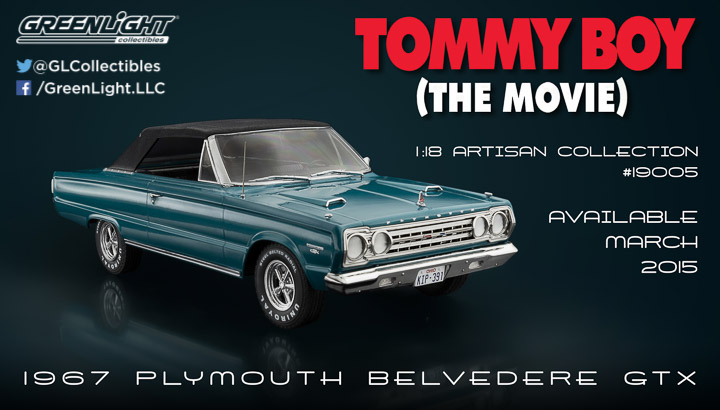 GreenLight Collectibles is a great source for models of movie cars–whether it be in 1:64, 1:43 or in big 1:18. Now, you probably don’t think of comedians Davide Spade or the late Chris Farley as traditional car-guy film material, there actually were some pretty sweet muscle cars in some of their films. One such is the ’67 Plymouth GTX convertible in which Farley and Spade hit the road (and the wildlife!) in 1995’s Tommy Boy. 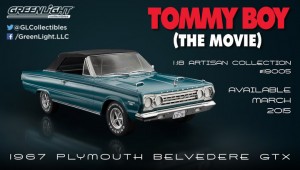 As part of its Artisan Collection GreenLight is releasing the Tommy Boy GTX in 1:18 late in Q1 2015. It looks pretty sharp. I wonder if a scale deer figurine or M&Ms will be included?