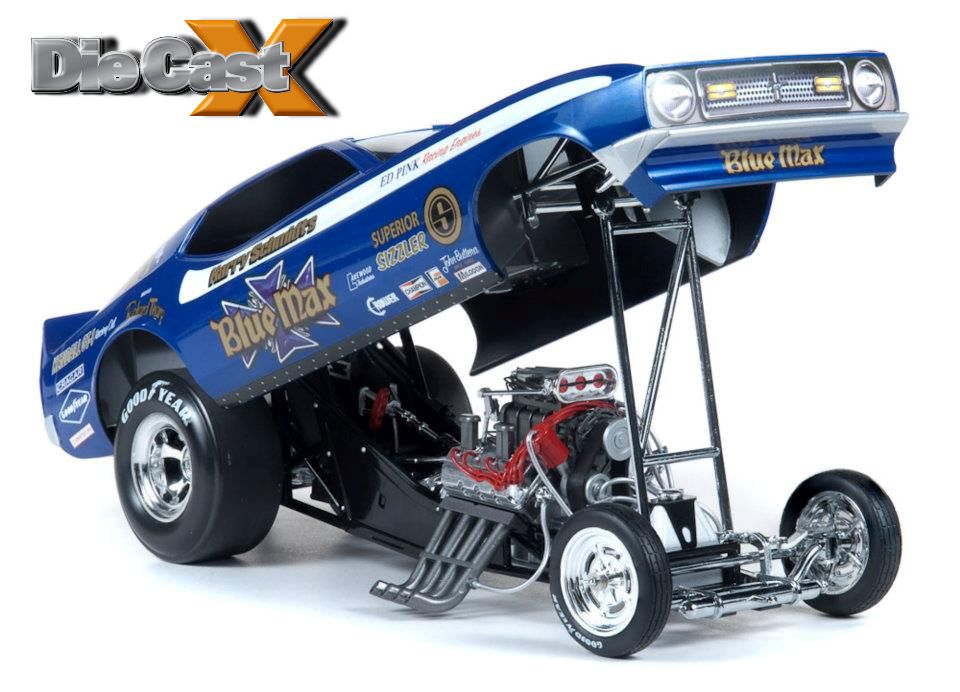 Now, the scale collecting crowd is in for a treat, thanks to Auto World and their new “Legends of the Quarter Mile” series, a high-detail 1:18 series that’s going to make a lot of drag fans very happy. This 1971 Mustang is patterned after the legendary “Blue Max”, and it features over 120 parts, a die-cast tubular chassis, an authentically detailed composite funny car body, and a fully plumbed and wired engine. These pre-production photos, sent straight from the factory, show an in-progress car; we’ve been told than changes may be made, but that those tweaks will be strtictly that – tweaks, and nothing more.

After seeing these snaps, we’re thinking that its August 2012 debut can’t come soon enough – and that the Legends of the Quarter Mile series might be one of the third quarter’s biggest success stories. Our samples are on their way, so stay tuned for more snaps – and more on upcoming additions to the series – in the coming weeks.