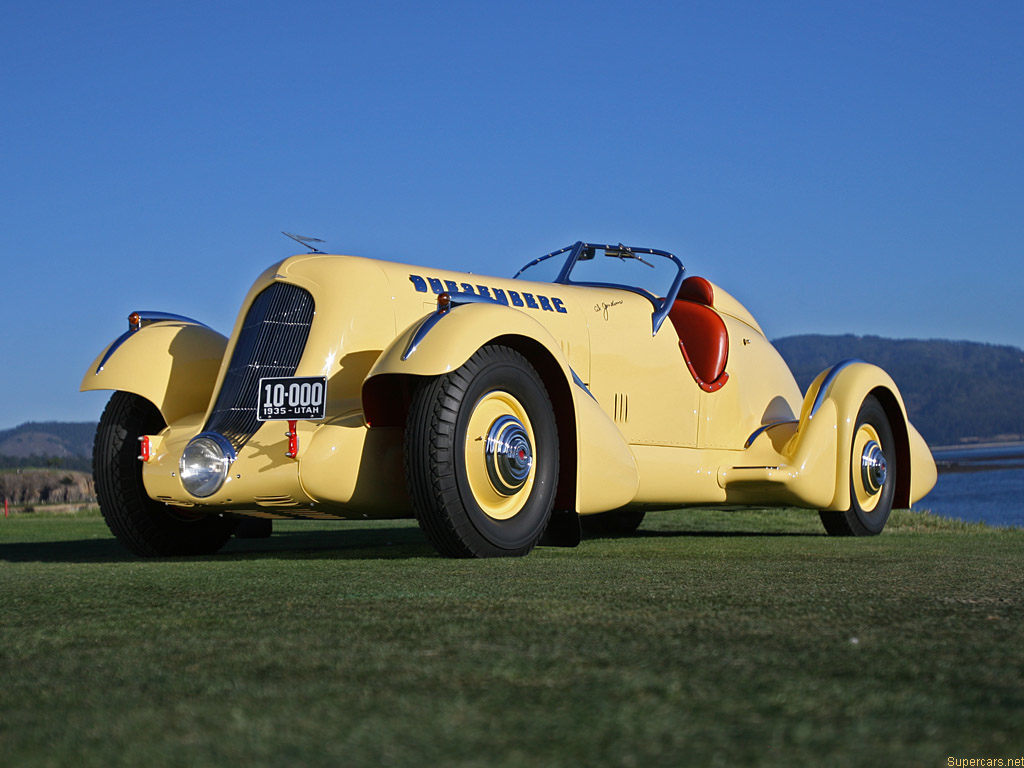 White metal has long been a material of choice for crafting 1:43 models, and though the aptly-named German model company Tin Wizard has also used resin in the past, we’re betting that they’ll be potting a batch or two of alloy for an upcoming holiday-time release – the 1935 Duesenberg SJ “Mormon Meteor”.

The Meteor is – in the words of its current owner, at least – “the most significant American car ever built”. Given its history, the words ring true. The one-off speedster’s swoopy Herbert Newport-designed body – replete with a cyclopic single headlight, removable fenders, and aerodynamic spats –  was affixed to an un-numbered Duesenberg SJ chassis that had been nosed down a couple of notches, to give the car a slight rake. No less a wrench than Augie Duesenberg himself pieced the car together, alongside its eventual pilot, David Abbot “Ab” Jenkins, in a shack attached to the Duesenberg factory.

Powered by a specially prepared, 400-horsepower blown Duesenberg straight eight, the car ran at Bonneville, and after a few mechanical mishaps, proved itself an extremely fast – for the time – machine. It was also one of the ‘thirties most unforgettable designs, with a sneering, radically swept Duesenberg grille and Art Deco trim, including laboriously cut out “D-U-E-S-E-N-B-E-R-G” callouts on each side of its hood, and highly stylized detailing.

Jenkins bought the car from Duesenberg after those initial record attempts, and the Meteor was modified over the years with different powertrains, including Curtiss V12 aircraft engines. The car still holds speed records to this day; when the record attempts stopped altogether, Ab had Duesenberg re-fit a Duesy 8, and added a few amenities – all the better to drive the car on the street. After a few ownership changes, a few minor changes to its looks, and a record setting price at auction in 2004, the restored car won at Pebble Beach in 2007. It remains one of the true icons in automotive history.

As for the model, we have high hopes. Tin Wizard does wonderful work in this medium and scale, and their line of heavy white metal (and delicate resin) pieces have always come across as beautifully rendered and finished off. One thing for sure; the cars will be limited, and will probably sell out quickly, so pre-orders are recommended by Sinclair’s Mini Auto. The models are expected to arrive in December 2011, and the price is $289.00, plus shipping.