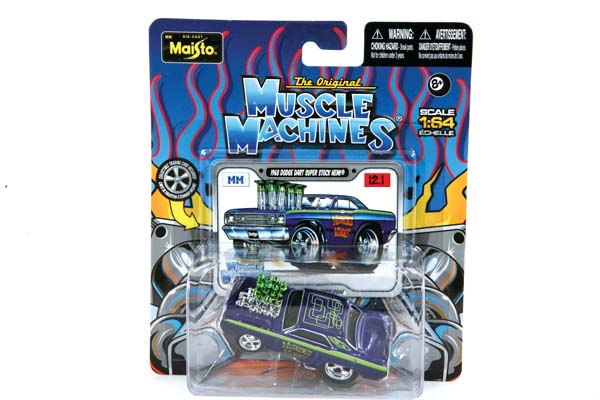 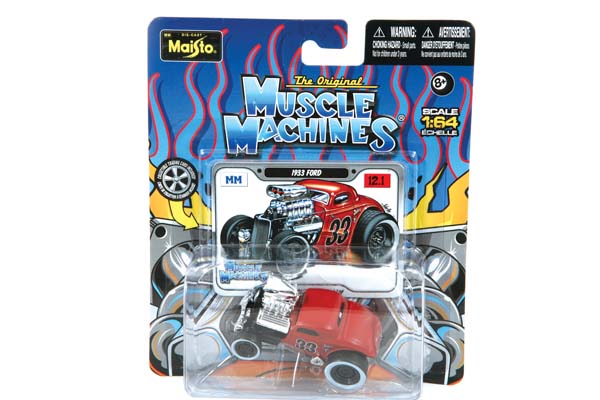 From 1999 to 2005, American muscle car fans got their thirst for the outrageous quenched as a wildly styled line of chrome-engined, tough- standing diecast machines brought something different to the market. Thanks to the May Cheong Group (Maisto), the lineup is back again after a seven-year hiatus. Maisto’s team of designers have kept the original feel of the series, but they promise to take the Muscle Machines’ badass cari- catures even further as time goes by. In the meantime, the inaugural 1:64 re-release features a 1955 Chevy Bel Air, a 1968 Dodge Dart Super Stock Hemi, a 1929 Ford Model A, a 1933 Ford, a 1969 Ford Mustang Boss 302, and a 1963 Plymouth Savoy. As on the originals, these are sealed pieces—but when something looks this cool on its skin, who’d want to go inside? With wave 12.2 expected before the holidays (and knowing how fast Maisto can turn out product) we suggest you put on some muscle. – Andy Goodman musclemachines.com