When Honda axed the NSX a few years ago, there was a suggestion that it would be back  albeit with a different configuration. It was impossible to believe that a forward-looking car company such as Honda would abandon the sports car marketplace. Recently, the S2000 has been dropped from the line. So, whats happening with Honda and two seaters? The answer may be found in the HSV, a recently developed Super GT Racer.

Powered by a DOHC, 90-degree V8 engine, the race-trimmed version puts out over 500 horsepower with torque maxing out just under 400 foot pounds.

The front engine, rear drive racer has some styling lines from the S2000 with a bit of traditional Japanese front styling and aerodynamic roofline.  The HSV-010 GT, will compete in the GT500 class of the 2010 Super GT Series this spring and summer. By the way, HSV is an acronym for Honda Sports Velocity. 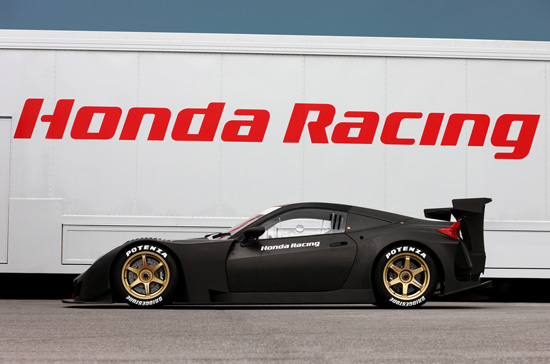