DCXMag.com
1:43, Featured News, From the Magazine 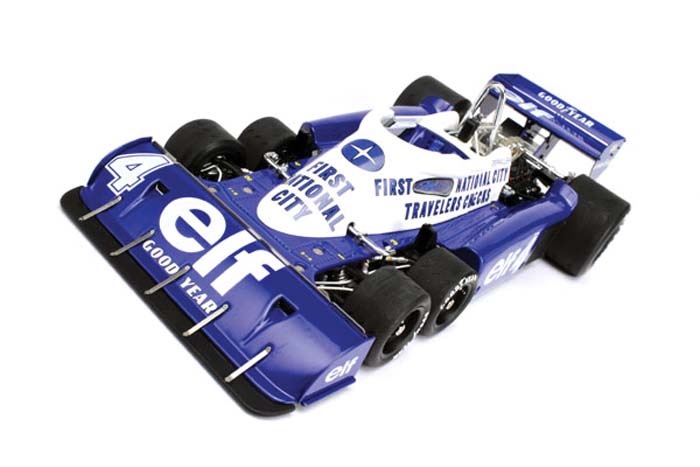 When the Mustang was unveiled in April 1964, New York ad agency VP Barney Clark decided that Ford should build a Mustang Wagon with his agency handling the advertising campaign. To show FoMoCo how easy it would be, he hired Bob Cumberford to draw up a set of plans and sent those, along with a Mustang Coupe, to Italian coachbuilder Intermeccanica. When he got the completed Mustang Wagon (Ponycart?) back in 1966 he drove it to Detroit. But Ford, who’d just added the 2+2 to the Mustang line and was cranking out every Pony they possibly could, nixed the idea, missing the chance to invent the sports wagon. Car and Driver then did a month-long test and featured the car on the cover (October 1966) but Ford wouldn’t budge. Matrix released a good-looking model several months ago in the correct dark green and has followed it with this spectacular version in bright red with gold Shelby stripes.  The overall shape is perfect and the finish, trim, and detail work are excellent.  The only problem is that neither version is the Intermeccanica Mustang!  e hood scoop, 5.0 emblem on the fenders, front bench seat with folding armrest, wheels, and rear lift gate all identify it as a near clone built a few years ago by enthusiast Joe Kamp; this color scheme is correct for his car which can be seen on the ‘net. Interior details include the correct ’65 dash with detailed instruments, authentic Mustang upholstery (but with Kamp’s bench seat) with silver-painted relief handles, and nicely done steering wheel. Accurate chassis details are cast in relief on the baseplate, too. — Wayne Moyer
matrixscalemodels.com