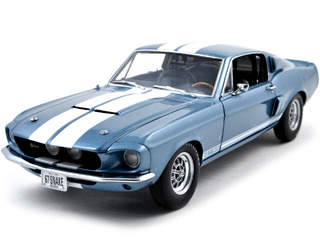 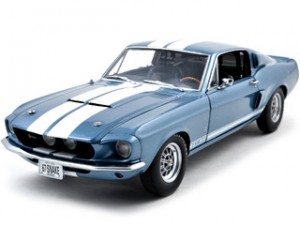 Collectors and enthusiasts of scale model vehicles have a new destination on the internet, as two of the best-known websites on each side of the Atlantic have merged to create PlanetDiecast.com, combining a specialist marketplace designed to rival that of other internet giants with community, forum and social networking features.

The new site combines GoMotorBids.com, the former online auction and retailer specializing in automotive & racing collectibles including NASCAR, drag racing, muscle cars – and of course, lots of diecast and other model cars – with ToyCollector.com, the former social networking site famous for its heavy model car slant. It will be run by the former Toy Collector team, now joined by Russ Dickey, former Marketing Manager for GoMotorBids and himself a big collector of Ford diecast & memorabilia. “I’m really excited to be a part of this initiative, both as a collector and a member of the team”, said Dickey. “Planet Diecast is literally going to bring together a world of passionate enthusiasts, who can share information as well as buying & selling collectibles within an international marketplace.”

In addition to the catalog-driven Amazon-style marketplace that already offers more than 17,000 items for sale, Planet Diecast features discussion forums, blogs, galleries, videos and more, all dedicated to the model car hobby. Its catalog has almost 400,000 model car listings, with 25,000 more added each month and harnesses the power of the community through a wiki interface allowing site members to add information and images about manufacturers, models and more. The marketplace offers both auction and fixed-price selling formats and is designed specifically with collectors in mind. As such, it aims to eliminate many of the issues collectors have had with other popular selling sites, offering features like ten free images per item listing, an inbuilt direct payment system, expert arbiters to settle disputes and lower, fairer fees than other leading online marketplace sites.  Hot Wheels Collector Extraordinaire Mike Zarnock commented “Planet Diecast is a very exciting development for the online model car collecting community – a one-stop place for us to do all the things we love to do and I personally cannot wait to see it take off.”

All 122,671 former members of GoMotorBids and Toy Collector have automatic membership of the site, which remains free to join.

Launched in 2012, Planet Diecast is a combined social networking and marketplace site aimed at the model car collecting community. In addition to a catalog-driven marketplace, the site features some 170 discussion forums, as well as galleries, videos, blogs and more. The catalog carries listings for almost 400,000 model cars and makers and has a wiki interface, allowing members to add data and images themselves.