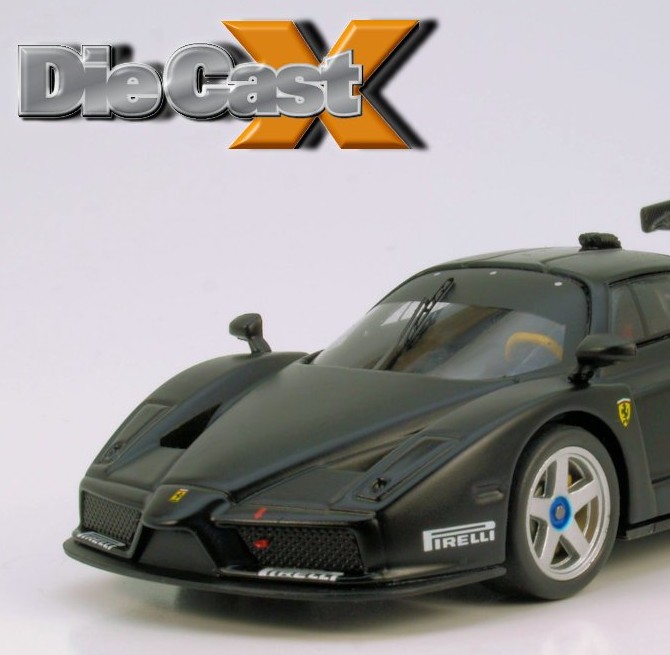 Only two Ferraris have been officially named for a person: the 1968 246GT, for Enzo’s son Dino, and the code-named F60 supercar that became the “Enzo” after Senor Ferrari’s passing in 1988. Based heavily on Formula One technology with the addition of active aerodynamics and traction control, the tested speed of 217 mph made the Enzo the fastest road car of its time. When the Enzo appeared at Monza in early 2003 it sported a big carbon-fiber rear wing with a radiator between its struts, neither of which appeared on production cars a few months later – and this Hot Wheels Elite model very accurately depicts that test car. There were minor differences in the rear end during the test, and the model matches one of them precisely. The angular body lines and all the scoops and vents are quite accurate, with nice carbon fiber detail on the wing. Wheels are correctly different from production versions, with ventilated disks, big calipers, and correctly colored center-lock nuts. Interior details match photos of the test car except that the silver cylinder should be behind the electronics boxes, but it’s the accurately detailed and painted V-12 seen under the very clear rear glass that really stands out.  Dimensions are right on, and so is the correct semi-gloss black finish.  – Wayne Moyer