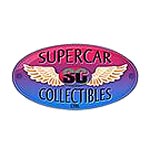 We’re only too happy to pass along a message from Jim Thoren at Supercar Collectibles (www.supercar1.com), as seen on The Diecast Pub (www.diecastpub.com). There’s a new contest a-brewing, and the subject matter will make a lot of classic muscle fans happy. It’s called, fittingly enough, “The Supercar Collectibles SUMMER 2011 MOD CONTEST.”

Past contests have yielded some impressive models – and gotten a few new collectors interested in the hobby. Sounds like a good idea to us. Here are the rules and the deadlines, as posted by Mr. Thoren himself. Break out the rattle cans (or the airbrush, if you’ve got one). This looks like it’s going to be fun.

Some may call them rules, we call them suggestions…
1.) Have some fun.

5.) Classes: To be determined when all cars received. Why? The bottom line is we want you to enter, and have some fun creating something. It can be one you already have done, or one you start building now. It can be just a few modifications, or several modifications. You will only be competing against similar modified cars that are also entered. We are doing it this way as last time we had thought long and hard on classes, and then didn’t use them. We just put “like cars” against “like cars”… or “beginer mods” only against each other, “heavy hitter wild mods” only against each other. This contest is not so much about competition, but more about “YOU having some fun modifyinng a car” and then sending it in to us. Why do we want to see the actual car? Two reasons. Modifying photo’s is rather easy these days, but mostly because we want to SEE the cars ourselves! We collect die cast cars too you know, and would love to see your modified cars. So no classes decided, until we receive all the cars entered.

6.) Awards: We will talk to Detour Dave about creating some certificates for winners, runners up,

etc. If Dave can’t (Dave?) maybe someone else with that talent can volunteer?

7.) Each person will also receive…: This we’re not quite sure of yet.

b.) All who enter will get 15% off any items we have in stock (at the time we are shipping back to you) if you want items to be shipped in with the return of your car entered.

c.) There could be more for class winners, but not sure yet “what” it may be. Hey, this is for fun remember! No promises!

10). Multiple photos of all entries will be posted on the Die Cast PUB.

So if it’s just some additional here and there detailing, some parts added or replaced, a motor or drivetrain swap, a complete tear apart repaint, body mods, or whatever, your entry will only be up against similar modified cars. Make a car and send it in. If there’s time, do another one.