This car, wearing Sox & Martin colors, utterly dominated the 1971 Pro Stock class, running away with the championship for the second consecutive year—which were the only two years, because the class had been created in 1970. But Ronnie Sox’s Cuda wasn’t the only one around; the team built customer cars too. And that may be the idea behind Supercar Collectibles’ plain white version, which they are calling a “chase” car but it just begs to be decorated as one of the other Pro Stock competitors of the period. It is loaded with authentic period drag car equipment (check out our full review of the Sox car in the Spring 2020 issue) it’s an impressive piece. They aren’t making many though, so if you want a blank canvas on which to work you better order quickly. 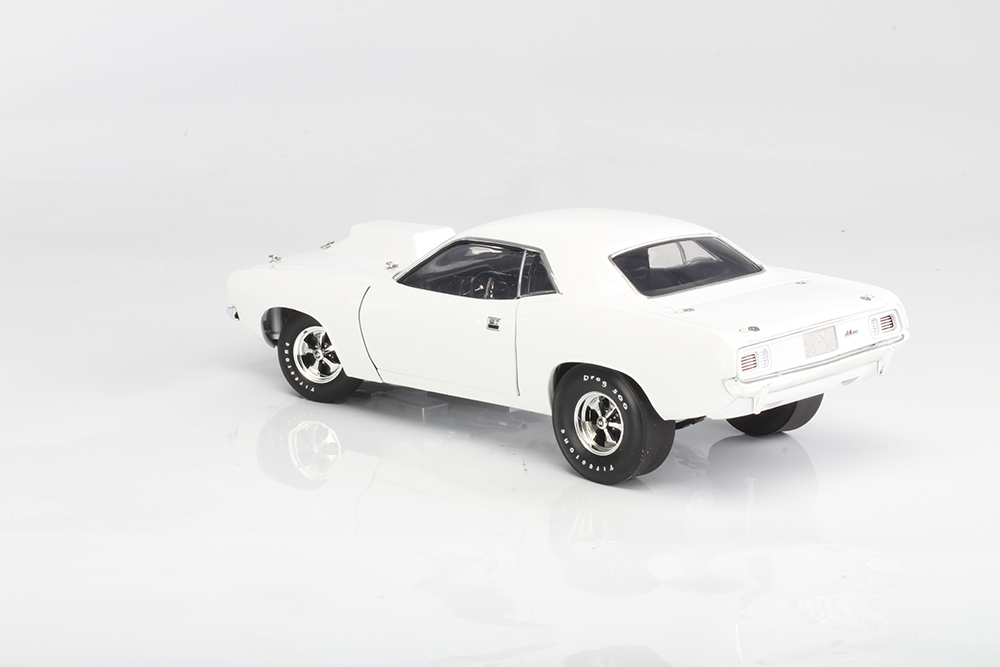 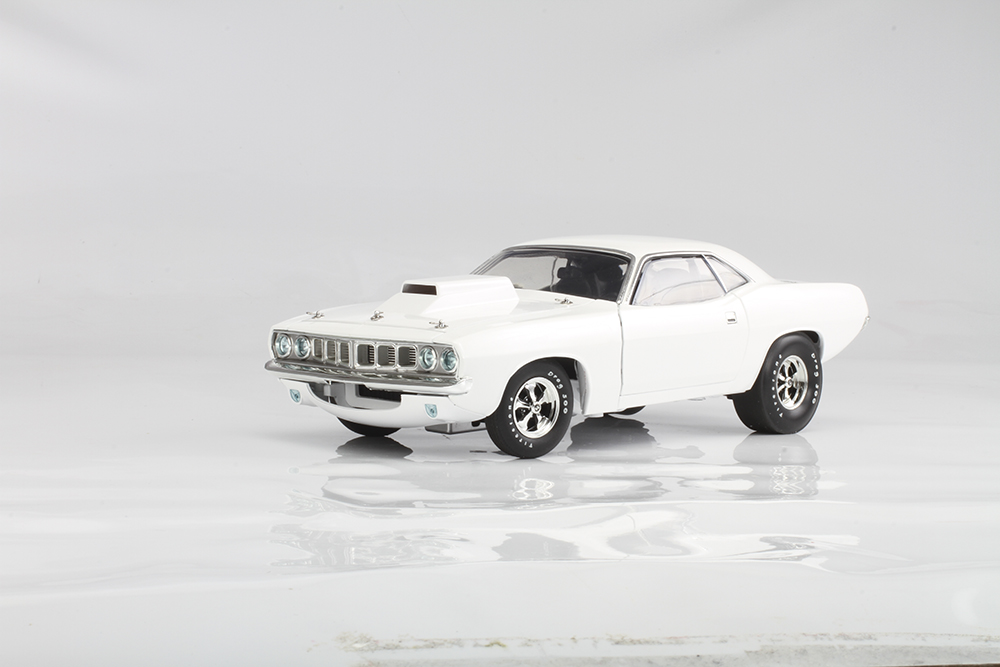 Details on the white chase version are identical to the Sox & Martin version shown here — which means they are awesomely accurate! 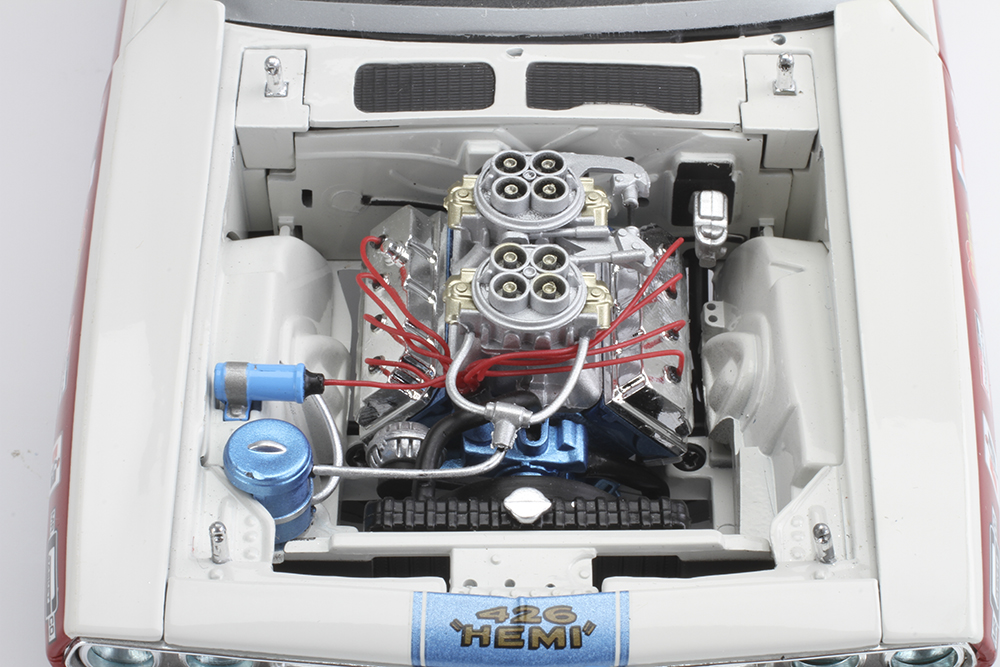 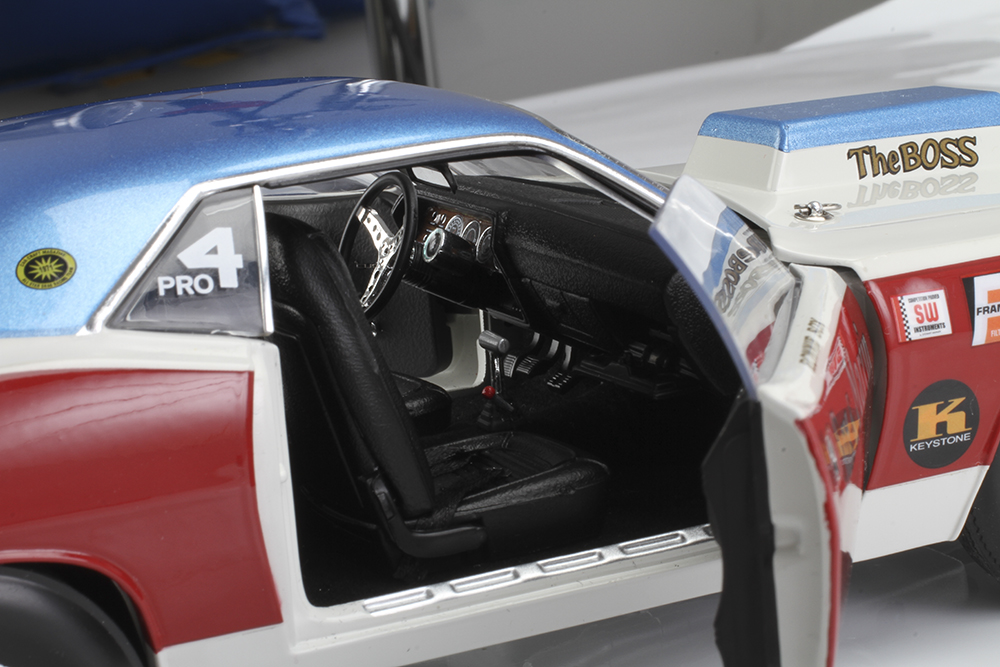