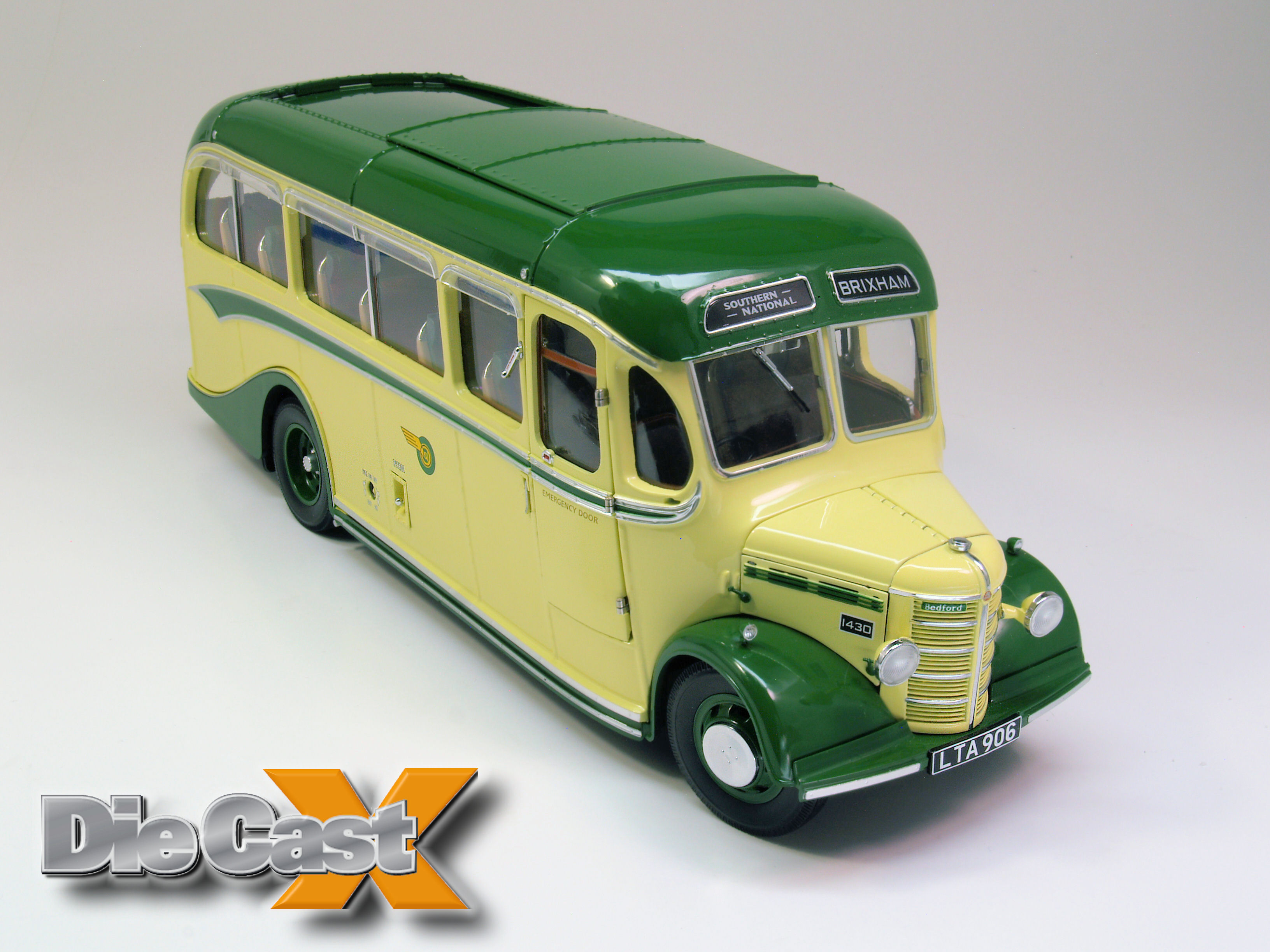 Research has its rewards. For me, the payoff came when a little Internet crawling returned photos of the actual bus that Sunstar used to tool this outstanding model of a 1949 Bedford OB.

Bedfords were built from 1939 to 1951, and a little more than 12,500 were made; very little change took place during that time, at least externally. Post-war, Bedford used more steel in the flooring, less ash wood in the bus’s frame, and left the rest pretty much well enough alone. With a distinctive whine coming from its gearbox, the bus was a part of everyday life for millions of Brits, whether in the cities or out on the seaside runs.

That’s where this yellow and green bus lived, as a member of the Southern National fleet.  To say that Sunstar’s nailed the look and feel of the old lorry would be an understatement; they’ve bolted it down, glued it, and strapped it to a board. Every detail is here, done in die cast with crisp plastic and vinyl detail parts, including a full-on six-banger gas engine, an utterly complete frame and drivetrain, a slide-back roof panel, and an interior that’s finished off right to the railings and the upholstery pattern on the seats. The paint and assembly are very good; the doors are tightly placed (and potentially fragile – watch out), and the overall feeling in hand is of a heavy, well-built replica.

In addition to a great build and finish, what Sunstar brings to this series (and it is a series: I’ll be posting a review of a 1946 AEC soon) is utter completeness and a lot of clever castings and applied textures – like the aforementioned pattern on each and every seat, applied in a hot-stamping process. Add in their great eye for replicating the small stuff, like the First Aid kit on the driver’s door, and the tiny (and legible) tags affixed to the Bedford’s firewall, and you have a nicely done, highly engaging model of an offbeat old ride.

Like buses? It doesn’t get much better than this. Hop on.