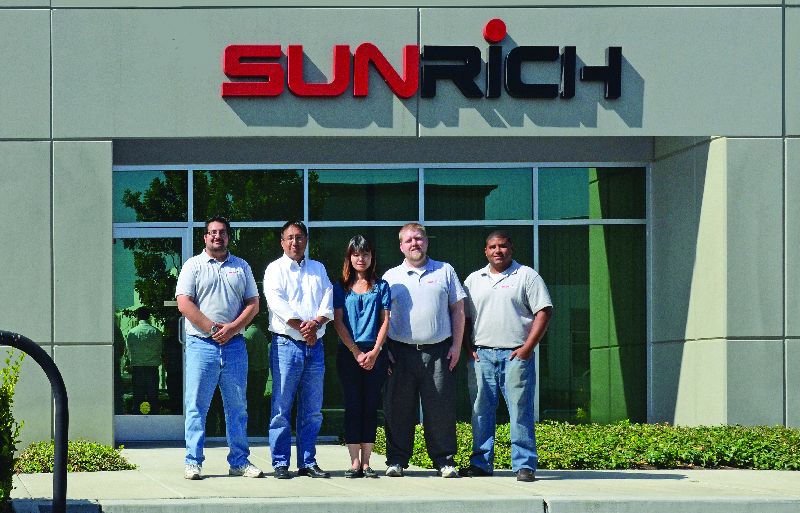 Thirty-five miles due east of downtown Los Angeles lies the once-sleepy farming community of Chino, CA. If you’re a Grateful Dead fan, you’ll know it as the locale mentioned in their song “Friend of the Devil.” If you’re allergic to tie-dye, perhaps you’ll recognize the town (which had nothing at all to do with chino pants, by the way) as the rural backdrop to the first Back to the Future movie.

Still nothing? Don’t feel bad. It’s no megalopolis yet, but a lot of things have changed in those farmlands over the years. Chino isn’t so sleepy anymore. It’s become a center for industry and distribution, as well as a well-developed suburb of LA. It’s also the home of Sunrich Toys and Hobby—and if you’re a hunter/gatherer of scale model cars, that should place Chino, sleepy or not, onto your mental map.

Founded in 2003 by Glen Chou, Sunrich’s original focus was radio-controlled models. However, the RC business soon had Glen looking for a way to do something more direct with his passion for the car model hobby. Chou thought a focus on good service and reputation, not to mention customers’ goodwill, could set his young company apart from the competition.

Great products helped a lot, too, starting with Snap-On Tools—not the big ones, but some wickedly well-done scaled ones. Making a promise to deliver replica shop hardware that was a cut above the generic, poorly made 1:18 and 1:43 sets on the market at the time, Glen impressed the Snap-On brass with the quality and functionality of the accessory tool and garage sets; 30,000 units later, Sunrich’s in-house “TrueScale Miniatures” brand still makes those sets, and a whole lot more.

After the tools, TSM tried its hand at diecast model cars—and did so cleverly. TSM acquired a 1:18-scale Porsche 935 mold set from another manufacturer, tweaked it, and produced the first TrueScale Miniatures-branded model car. Those tweaks to the mold set paid off, and the heavily freshened models, in several variations, came across as superior to the originals. Whilst hammering away at those 935s, Glen and company were also discreetly working on a line of 1:43 racers. Like most of TrueScale’s small-scale offerings, these would emerge through a multi-tiered marketing plan: some of the releases would be sold individually, and some would be fielded as part of a serialized “Signature Series” dedicated to a specific racing personality or event. These up-market, limited edition cars would feature a genuine, hand-autographed plaque mounted to their display bases. When those did well, it was time for TrueScale to try its hand at an all-new, TSM-sired tool, and the subject chosen was none other than the wild, six-wheeled Tyrrell P34. It was a success on all fronts, and the follow-up model was the currently available Le Mans-winning Porsche 936. A still-simmering Lotus 56 Indy turbine car is on its way soon, also from all-new, completely in-house tooling.

Sunrich distributes other manufacturers’ products, as well; it handles the Amalgam line of large scale models, Schuco and Spark in the U.S., and shares distribution rights for the CMC, IXO and DIP lines. The Sunrich team has a remarkable passion for automobiles, full scale and diecast, and the tenet that Glen Chou set forth back in 2003—top-notch customer service, above all else—still holds today. Thanks to Glen, Nicole, James, Wesley and the rest of the never-sleepy team at Sunrich Toys and Hobby for inviting us into your home and for helping to grow the hobby. 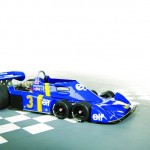 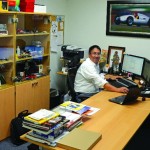 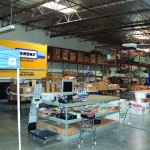 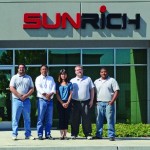