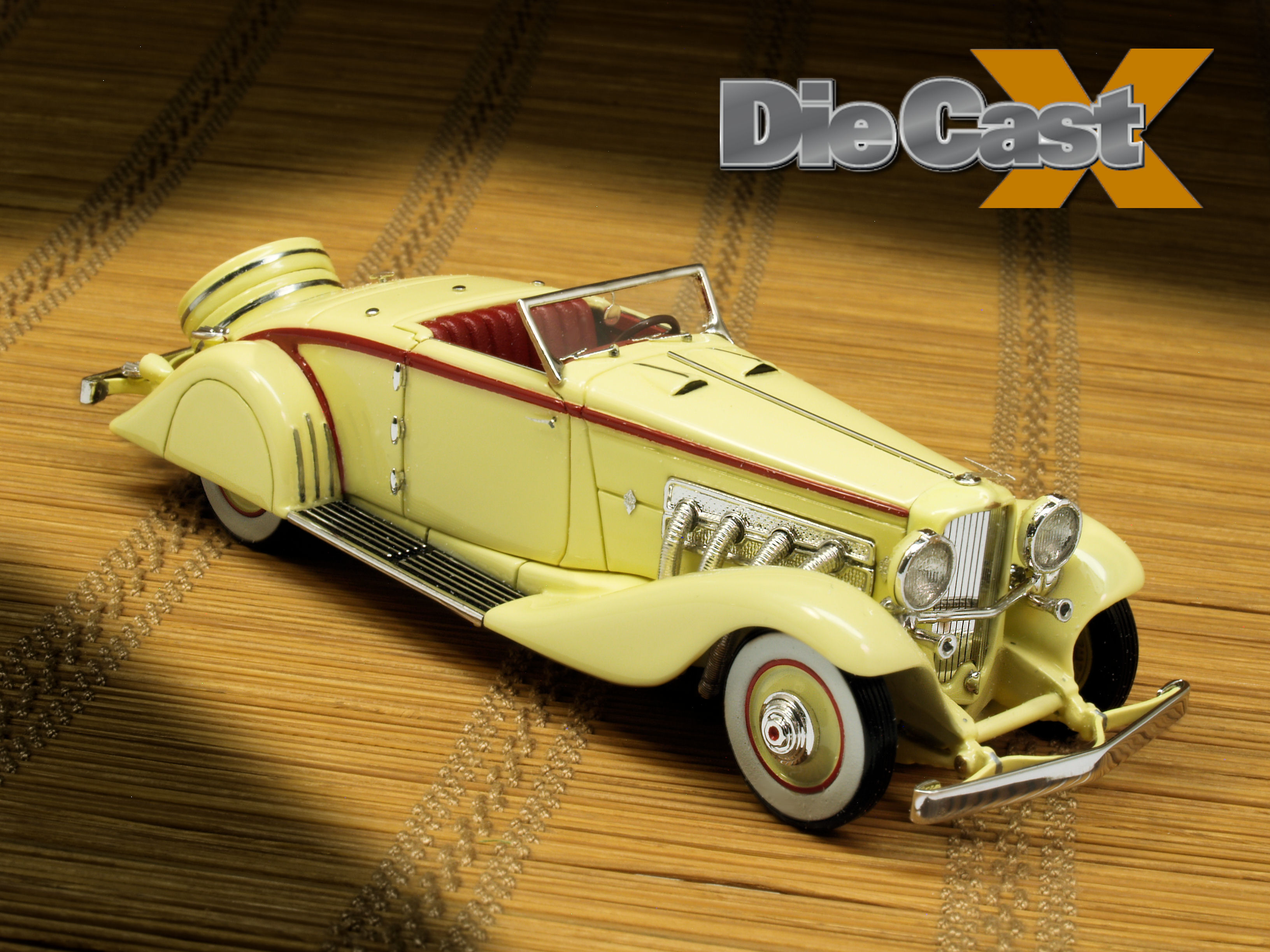 1:43 is nothing if not diverse. If you’re an old hand at the scale, that’s not news. But if you’re a newbie, let it be said that there’s a model and a maker out there ready to serve you, whether you’re toting a twenty dollar bill or a trust fund account in your back pocket.

For the latter crowd comes a maker from Germany called Stylish Cars, a low-production concern with a great affinity for 1:43 white-metal models of Duesenbergs. This particular sample is the fourth of a series of these mid-‘thirties beauties (currently at 13 cars, many of them sold out on pre-order), and it’s a replica of the 1935 Duesenberg JN Bohman & Schwartz (after Rollston) convertible once owned by actor Clark Gable (who probably knew the Duesenberg brothers as “Fred” and “Augie”). And it’s, well… a doozy.

I had this one on loan for around a week, and I was pretty smitten with the thing. First impressions (through white gloves, of course) were of the model’s heft in hand, thanks to the density of the white metal that makes up its body. Yes, it’s heavy – close to a pound – and that requires a high level of concentration when handling the car.

These hefty babies are hand built, using a mix of media. White metal makes up a vast majority of the parts count; even the disc-centered wheels are cast of the stuff, and where the metal needs to be bright, it’s been flashed with real silver (can I get a “hi yo”?). Added in is a smattering of photo etched bits for the stylized bird atop the radiator cap, the hood latches, and the grille itself. The only styrene I saw was used for the lensing, and the stuff was sharp and installed beautifully. Of course, the tires are vinyl.  And, of course,  the model doesn’t roll.

Not that you’d want to roll it; these things tag for close to eight hundred bucks. If you’re among the brave, once taken off its wooden base, the car also has a high level of chassis detail. If you decide to keep the car off that base – or, at least keep it unattached – Stylish provides a plug to fill in the hole in the car’s oil pan where the screw threads in.

Behind a silvered-metal frame and acrylate windshield, the interior is well done, with good castings and textured finishes for the door panels and seats; most of the finer elements like the steering wheel rim and the shifter stalk are way too thick to be scale correct, but to the fans of this maker, details like that aren’t even part of the considerational criteria.

For collectors who appreciate this maker, it’s all about the images. While I can’t speak to the car’s production numbers – I had a heck of a time even locating a web site for these fellows – the overall reception to these models is seemingly one that keeps them on the high side of the hobby.  Eight hundred bucks is a tad steep, but it seems that Stylish just can’t make enough of these to go around.  Check your back pocket. You know who you are.