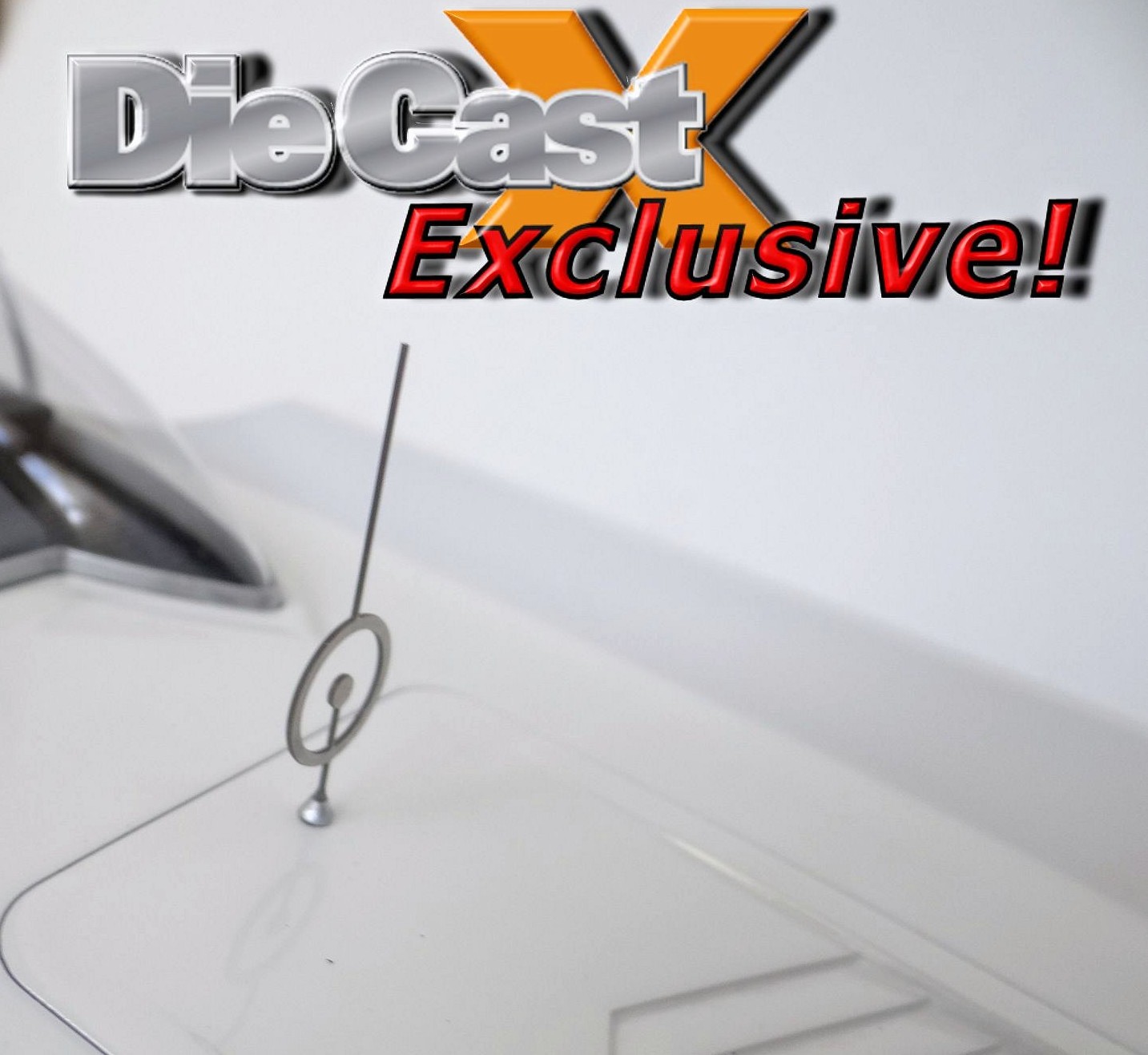 Now, we know you can’t see us. So, you’ll have to believe that we’re all smiling like a bunch of schoolkids at these spy shots of Minichamps’ in-process 1:18 1955 Lincoln Futura – the lead-off piece for their upcoming Dream Cars series. According to our source, this pre-production image is finalized in its shape – but the body will be painted, and the silver sections, including the bumpers and the twin-bubble canopy, will be chromed when the big resin model debuts within the next few weeks.

For those of you who either can’t see a certain resemblance to a famous TV crime-fighting machine, or who don’t know the story of what is possibly the most famous car in the world, the 1955 Lincoln Futura was the basis for George Barris’ 1966 creation – the Batmobile – which sold only a couple of evenings ago for a cool 4.2 million bucks.

Before it got Bat-tized, the car had made the show circuits as part of FoMoCo’s dream fleet (even though the ’56 and ’57 Lincoln cars its lines and features supposedly had spawned were already production approved before the Futura was built). Because it was a fully running machine, the Futura had been featured in the movie It Started With A Kiss, for which its outrageously expensive light green pearlescent paint had been blown over with a rude red. Barris later bought it for a buck – and the rest is history.

This sample is still in basic resin white; we can expect the finished model to have the original’s correct green… and there’s a good chance that a follow-up, possibly a limited edition, will appear as the car from the movie.  We can’t wait. Stay tuned. – DCX