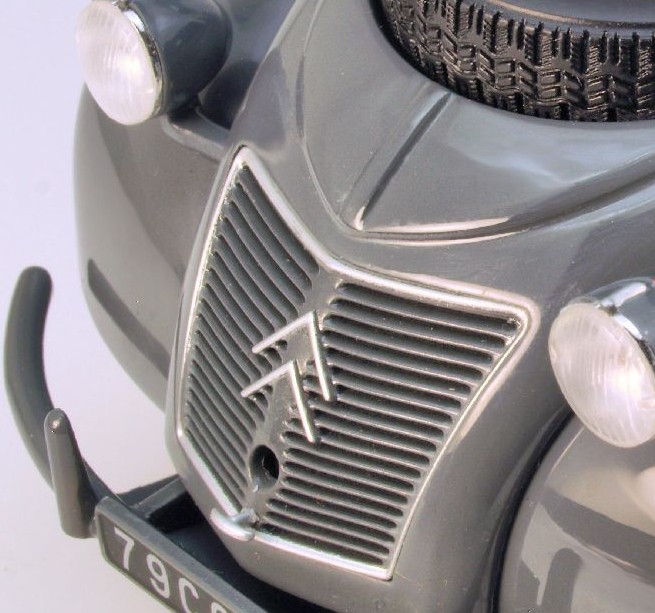 When Citroen decided to develop a four-wheel-drive system for their iconic, yet pokey 2CV, they did something typically Citroen: rather than engineer a set of troublesome rods, linkages and drive shafts to send engine power rearward, they simply installed another engine and transaxle in the car’s trunk. Voila! Four-wheel-drive.

To say that it worked well would be an understatement.  40-percent inclines were no problem for the car – dubbed the “Sahara” – and with the motors controlled through shared throttle and clutch cables, drivers could switch from front to rear drive, or activate all four of the car’s specially-suspended wheels, by simply switching one, or both engines, on.  At max output (28 horsepower, with both motors engaged), the car was still remarkably thrifty; the combined displacement for both of the air-and-oil cooled two-cylinder boxer engines – each fed by its own fuel tank, stowed under the front seats –  was only 850cc.

Like the 2CV itself, the system was the very model of simplicity, and the car saw just under 700 copies made. Because the Sahara cost approximately twice the asking price of a standard Deux Chevaux, it didn’t attract the buyers Citroen had hoped; supposedly, fewer than 30 still exist.

Of course, that’s exactly the  kind of crazy-cool history that makes a car a perfect subject for OTTO model, who just can’t seem to get enough of off-the-wall motors to replicate. And we’re not complaining – not at all. This thing is wickedly fun, done beautifully, and had everyone here giggling right out of the box.

Like all of OTTO’s models, it’s a sealed-body image, done in heavy, smooth resin that’s been finished off flawlessly. We loved the utilitarian look of the model – obviously patterned after the real car’s rugged visage, circa 1958 – and the no-nonsense gray and tan color scheme. The car’s ride height and stance are dead-on, and the detail pieces – headlights, taillights, door handles, and such – are crisp, painted or plated, and built onto the car without a hitch. The thin side glazing is distortion-free; looking in at the tube-frame seats and beach-chair upholstery, we got the feeling that having a go at off-roading in one of these was a gripping experience.

There were 1,250 models made, and they’re already secondary market only (typical of OTTO’s models, which sell out almost instantly at the company’s web site); poke around a bit – it’s worth the trek.