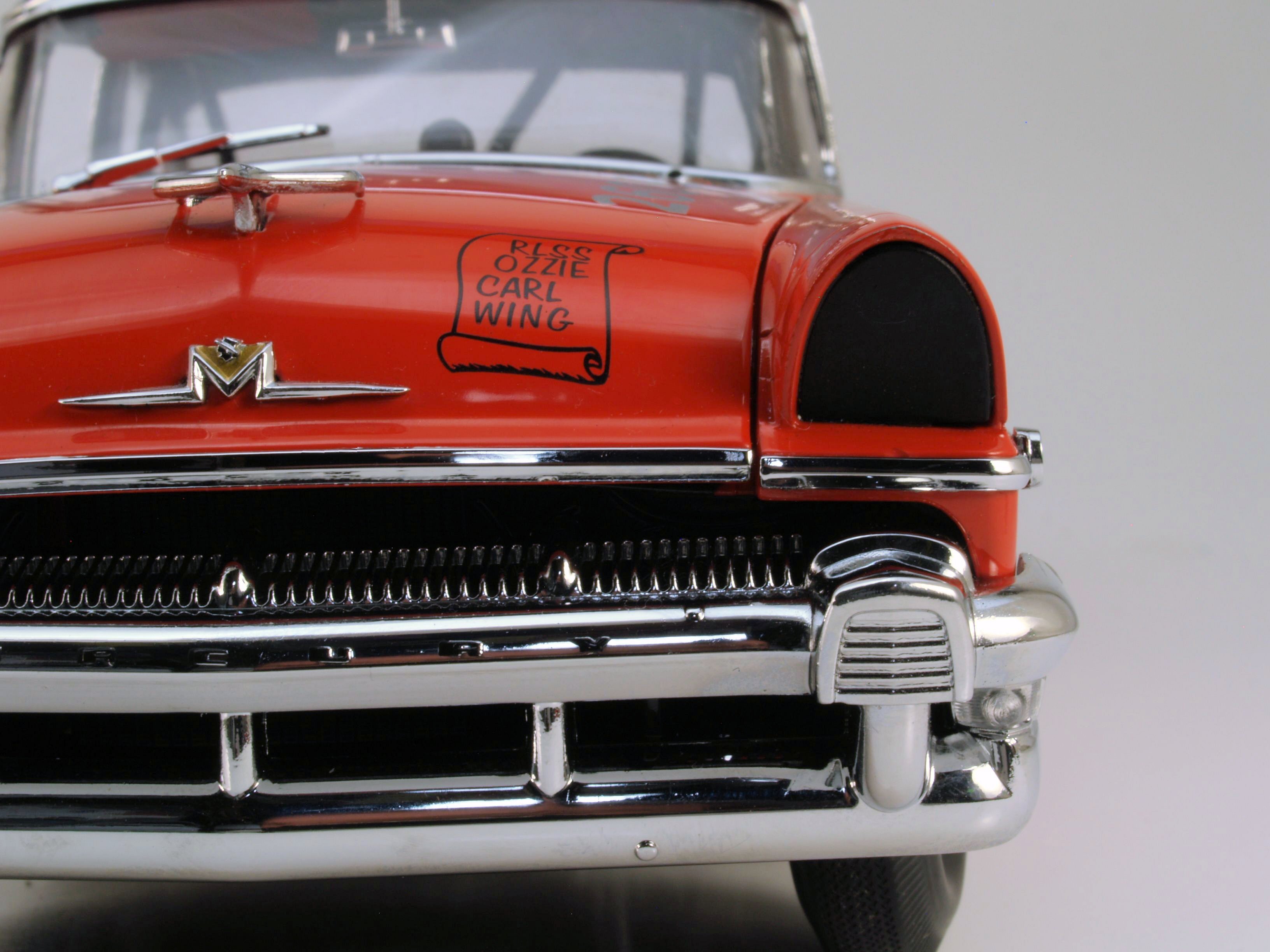 Russ Truelove had made two – count ’em, two – payments on his brand-new 1956 Mercury Montclair when he entered it into the 1956 Daytona 500, and in order to get the car to a different (and, apparently, distant) Mercury dealership for the addition of its 260-horse hop-up kit (all the better to get the car up and racing), he’d fudged a bit about its insurance status and his intentions for the car so he could drive it to the shop, then to the track.

And what happened at that track is pure Nascar lore. Truelove ran out onto the sand at well over one hundred miles per hour – and a tire dug in, causing the car to flip, roll, and crunch end over end in front of a horrified crowd. Truelove emerged from the wreck only a little worse for wear, but the car… ouch. It’s a safe bet that Russ’s picture was hung in a prominent place at the local policy underwriter’s office for a while.

Sunstar’s model of Truelove’s stocker was actually patterned after the racer, which, incredibly, still exists, in a mostly restored state, up in the northeastern US. So does Russ himself – in gloriously unrestored condition – but that’s a story for another time (and possibly the print/digital issues of DCX).

This deco’d sample came here straight from the factory, and it’s a nicely turned out piece, based on Sunstar’s Platinum Collection ’56 Merc, and featuring the same opening doors, hood, and trunk, steerable wheels, and working suspension. In addition to the tilting visors and seats, the car’s also got a working glove box – and a few of the race-day tweaks that Truelove’s ill-fated FoMoCo bruiser wore that day on the sand. We loved the race-day graphics – done in hi-res tampos – and the roll bar and “steelies” all ’round. Other details – like the stock motor, the chromed side-dump exhaust, and the spare-equipped trunk – may, or may not, be changed before production, but the overall feel and display of this one is outrageously good…  and, we hope, signifies the beginning of more “true” stock cars from this maker.

We’ll have more on the model in the coming weeks, but we wanted to share these snaps in the meantime. Don’t sweat it – we’ll keep the shiny side up.