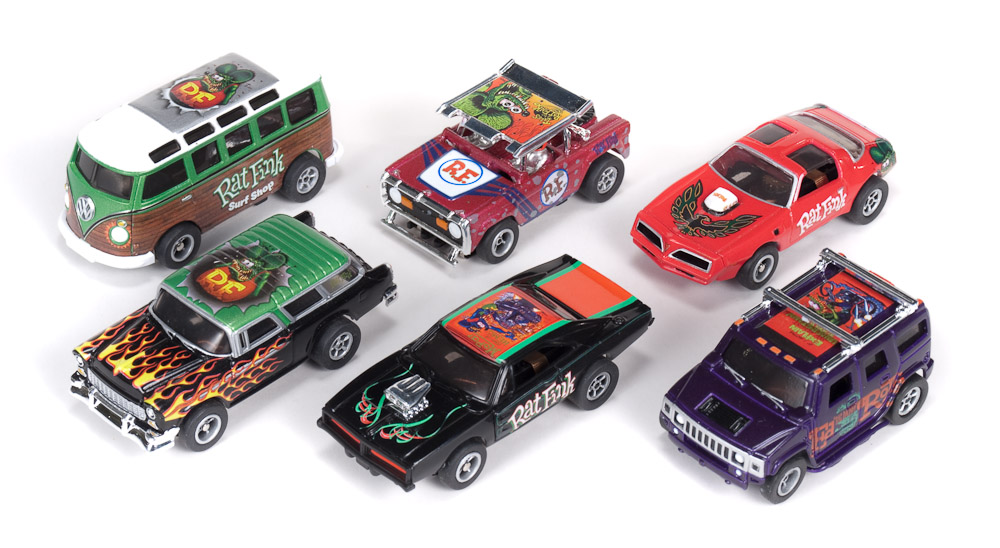 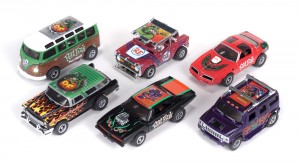 Roth is known for popularizing the style of artwork inspired by the custom car and hot rod subculture, known as “Kustom Kulture.” In the 1950s, Roth created the green rodent character called Rat Fink, and to this day, the Fink continues to embody the spirit of Kustom Kulture by flying in the face of convention!

“Auto World is proud to have finally shrunk the Fink down to size,” said Round 2 President Thomas Lowe. “This XTraction Release 10 marks the first time that classic kulture kreature Rat Fink has been featured on a 1/64 scale slot car, so we’re sure these are some rodents you won’t mind having around!”

XTraction Release 10 will feature two versions of six slot cars, each decked out in full-color Rat Fink themed artwork as well as custom pinstriping graphics. The slot car body styles featured in the release are the ’69 Dodge Charger, the Ford Baja Bronco, the ’55 Chevy Nomad, the Hummer H2, the ’77 Pontiac Firebird and the ’65 Volkswagen Samba Bus. 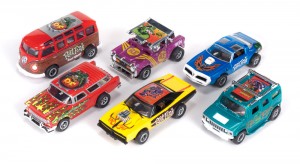 Look for XTraction Release 10 Rat Fink slot cars in June at your nearest hobby shop or at www.autoworldstore.com