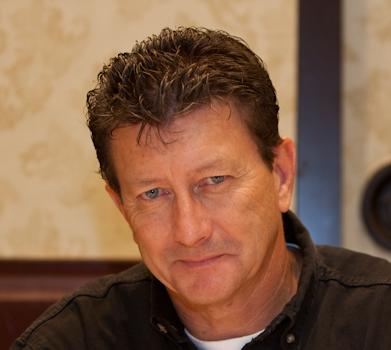 We had a wonderful time at the Rhode Island Hot Wheels Club Summer Smash 4 this past August. The dates were to be from Thursday the 25th to Sunday the 28th  but hurricane Irene had other intentions!

My wife Tina and I got there on Thursday afternoon after driving 5 hours through torrential rain and wind, and were glad to finally be at the hotel. The drive was rough at times, with the highway speeds going from 75 to a crawling 35 miles per hour, but it was so worth it!

As we walked across the parking lot, we were greeted by Jim Lumbari, president of the Rhode Island Hot Wheels Club, and a few of his amazing staff. We went in to get our rooms and register, and as usual, everything was in order and flowed very smoothly. This club really has their act together and work very cohesively. 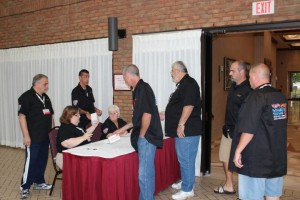 The first thing I always like to do when I get to any event is to see if there are any rooms open for the room to room trading! You never know what’s going to be there – and you never want to be there right after something you have been looking for has just been sold….

There weren’t too many doors open yet, so I went and got our room set up. I brought a bunch of Variations from the past few years, and of course, a few of my books.

I didn’t even get the bed covered with cars yet, and I had people coming in and looking. Of course you get talking, and try to find out what others collect. I think the room to room thing is great for making new friends and contacts and for getting those much need pieces for your collection.

After talking and making a few deals with people that had handfuls of cars, we headed down to the registration room and met Andy Goodman, the new Editor and Chief of Die Cast X Magazine. We walked around, seeking out old friends that we have made over the years at these events, and grasping every opportunity to meet new ones.

As with every event like this there is a Meet & Greet in the Hospitality Room. The room opened at 6pm and there was so much food and beverages…  All of the attendees are welcome and it’s a great way to get to talk with the collectors and Celebrity guests. There was Larry Wood, myself (Mike Zarnock) , Bob Parker, Jimmy “The Box Man” Chavez, Lee Pearlman (ceo of Liberty Promotions), Andy Goodman, and Pro Customizers Bryan Pope and Chris “Night Stalker” Walker. I do have to say that it seemed very empty without the presence of Chris Parker – that ever-upbeat attitude (and the Silly String wars) were definitely missed by all at this event; everyone – and I do mean everyone – commented on how it just wasn’t the same without him…. and it’s true! Chris and I always make it to all the rooms and make sure that everyone is having a fun time. Chris also takes part in the Charity Auctions and is even the emcee at the DieCast Space events. He has been sorely missed, and, I say this for all the collectors, we hope he comes back to all the events soon. He’s a major part of each and every one of these events, and makes the shows and conventions even more memorable. 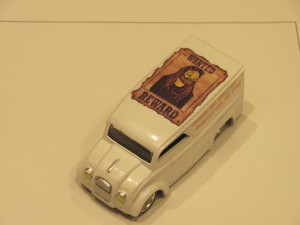 After the Meet and Greet, we walked around some more, looking for Hot Wheels, and I was able to find a few needed Variations for my collection. We got back to our room around 10pm or so, and opened our door. People came in and out until about 1am, and then it was time for sleep.

Friday morning brought more collectors to the event – along with more worry about the hurricane. I got up early and was supposed to go to breakfast with Bryan Pope, Chris Walker and Connie Basham, but that fell through for me…. I had to help Andy set up the Die Cast X booth. I did offer to get coffee and doughnuts across the street though….

10am to12pm was the 1st session of the Interactive Custom Seminar, and there’s always something new for the collectors to learn from the “pros”!

11am to 12pm was “stock” Hot Wheels racing, on the huge downhill Hot Wheels track, and 12pm to 1pm was Funny Car racing. Joe Small always brings his huge Sizzlers track for racing too, and he pretty much runs that all day. He’s always servicing the Sizzlers too. I think he fixes peoples’ cars more than he gets to race!

I had to be at the Autograph Session at 12pm myself, so the morning went by pretty quick. There’s always so may things to do at these events, sometimes it hard to choose which one to go to!  This time I was sitting between Larry Wood and Bob Parker…. You can’t imagine the things that go on when we’re up there! Larry is telling a funny story, and Bob is just laughing. Pope and Walker are on different ends of the table and passing notes or drawing pictures on their autograph sheets. It’s always something. 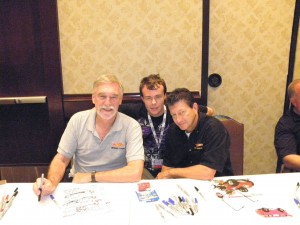 It’s nice getting to meet the collectors that buy my books or read my columns in the different magazines that I write for. We get to talk about their collections, and it’s always great to get my picture taken with them. There were collectors from all over the United States, along with some from Brazil and the United Kingdom! They always bring some cool things for me to sign too!

5:30pm came pretty quickly, and it was time for the Charity Dinner. That’s another thing I always look forward to; the food is good, and the cause is always good too! The charities  are always for children, and we sometimes get to meet the family that is helped by the charity. Before we ate, Jim asked me to get up and talk. This is where I get the chance to talk about what we’ve been doing in the hobby for the past year, and all the new things that we have planned for the coming year. After me spoke Larry Wood, Jeff Glasson from DieCast Space, and Jeff Stoller from the Masonic Lodge, who also presented a nice big check to the charity!

The dinner was over at 7pm, and Lee Pearlman gave out the clues for the Liberty Treasure Quest. Lee has an event where he hides little scrolls around the hotel… there are clues as to where the scrolls are hidden. When you find one, Lee gives you are very Limited Edition Liberty Promotions car! It’s become a very anticipated event at all of the shows that we go to.

The weather was getting worse, and that was taking its toll on attendance. Some people didn’t come, most flights were canceled, and those that were driving were leaving early Saturday, including us. Jim and his staff decided to have the Charity Auction right after the dinner, instead of Saturday night. This way there would still be enough people there to have it. There were a lot of really cool items in the auction, and a lot of people had a fun time bidding. Every time I bid, Bryan Pope kept out-bidding me! We had a fun time, even though I didn’t get some of the things I wanted.

10pm was the Charity Down Hill Race, and this always sees a good turnout. I didn’t make it to the race this time, I was walking room to room, looking for cars and sets; there were a lot more rooms open by then, and I wasn’t about to miss anything! I found a lot of Variations including all of the Wal*Mart exclusives with the two Variations! (yes two Variations – check my blog here at Die Cast X to see them). There were a lot of older sets and accessories, too; it’s a good thing that I drove! It gave me the opportunity to be able to bring some larger items home with me.

Saturday morning arrived and the weather had definitely gotten worse. I had to make the decision to leave even earlier that we’d anticipated. I had many interviews to do with the new “Die Cast X Road Show” (stay tuned, right here, for more info), so I had to get busy before I left. Bryan Pope was my first, then Larry Wood, and then a few others! We had to cut it short, it was raining pretty heavy by then, and we really needed to head out.

It’s good that we left when we did, because the New York State Thruway was closed right after we went through. There was wide-spread flooding, and a mudslide that we just missed. Paul Wooten and his wife Tanya from DieCast Space followed us home. They stayed with us for a couple of days because of the weather; they live in Tennessee and their route had been hit hard by the hurricane. It’s a good thing they came with us. When we got back home in upstate New York, we heard that there were still collectors at the hotel with no power, and that their flights were pushed back even more. 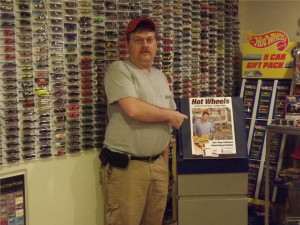 All in all, despite the weather, Summer Smash 4 was a success in my eyes. I want to thank the whole Rhode Island Hot Wheels Club for the exhausting effort that each and every one of them set forth in making this event such a stellar happening year after year!