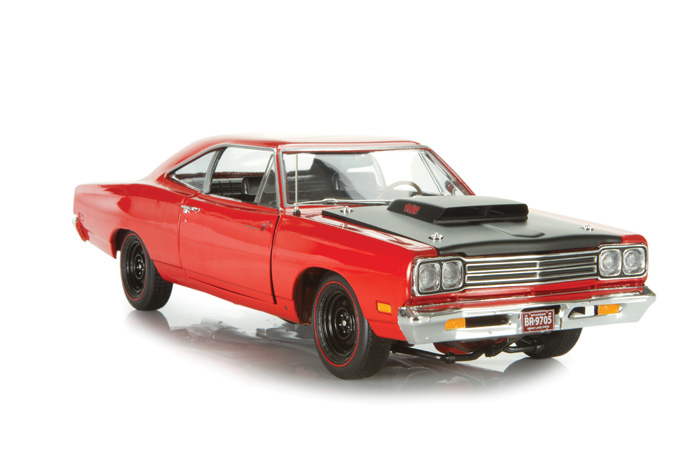 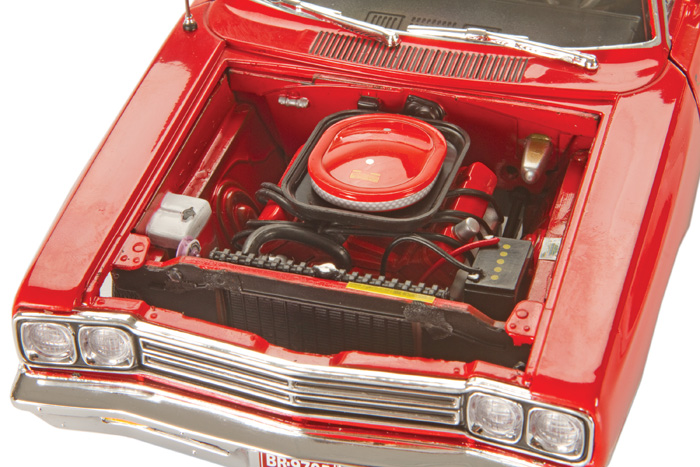 How ironic is it that one of the greatest competitors to Mopar’s mighty 426 Hemi ended up being produced by…Mopar? Chrysler’s performance engineers were looking for a less-expensive alternative to the Hemi to energize the budget-conscious performance market. In February 1969, they released a hotter version of their staple 440 Magnum with all-new triple 2-barrel carburation—dubbed the ‘440 Six Pack.’ It was produced by both Dodge and Plymouth, but only in the intermediate Road Runner/Super Bee platform, under code A12.  That got you a beefed up 440 (underrated at 390hp) under a lift-off fiberglass hood, the heavy-duty driveline and axle out of the Hemi, plus the fattest performance tires Chrysler off ered off the showroom floor. Auto World has released this Road Runner 440-6 in bright R4 (Charger) Red with a 4-speed. It captures the A12 details with wide redline tires on painted steel rims, the lift-off hood with jumbo scoop, and extra detail on the 440.
Autoworldstore.com