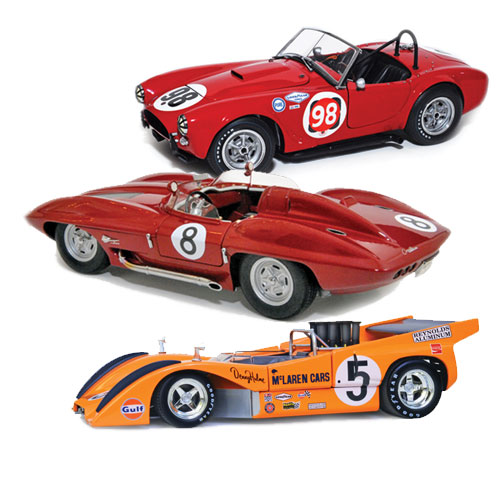 Do It Yourself Decals to Fix Missing or Mistake Models

Hardcore diecast collectors often lament editions of race car models that are missing from the market, or those that have been produced with imperfections or omissions in their livery. Sometimes the model manufacturers skimped on their research, or chose to omit sponsorship decals because of the high licensing fees or legal restrictions (tobacco livery for example). Thanks to advances in water-slide decal technology, collectors can now make high-quality decals to fix these errors. With a little graphics skill and patience, you can rival the quality of the best “tampo” printing found on high-end diecasts.

The key has been the release of clear and white water slide decal paper that can be printed on a color laser or even an ink-jet printer.  Clarity and detail levels can surpass images printed by the silkscreen process, and you don’t have to learn to do color separations or fuss with layer registration.

Do your research to find out exactly what your desired graphic looked like, where it was placed and how large it was. (Google images and eBay are great sources.) For best results, start with high-resolution images. Then, using the cropping tool in your preferred photo editing program (Photoshop etc.), manipulate the size and any other desired effects so that it is sized correctly for your model, then print it on decal paper (use the specified kind for your printer—laser or ink-jet), cut it out and follow the installation tips that come with the paper.

SOME ISSUES TO KEEP IN MIND

• Blank waterslide decal paper is only available in clear and white.

• The color of the images looks great with a white car or using white decal paper, but bleed-through can be an issue on dark background colors if you print on clear paper.

• Unless you have access to an ALPS machine (and they’re very hard to find) you won’t be able to print gold, silver or white images. 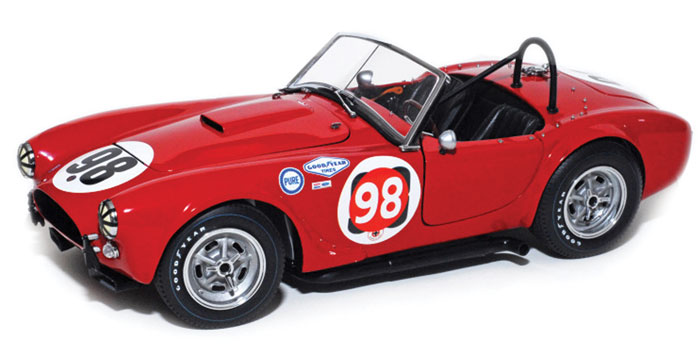 1963 Shelby Cobra no. 98 Road America Miles/Holbert by Exoto
This car was re-decaled because Exoto had not created the livery correctly. At the 1963 USRRC Road America event, race organizers had issued the cars red roundels with their numbers printed in white to go on the sides of the cars. This car normally ran white roundels with black numbers. So the Shelby team just applied the red roundel over the much-larger white roundel with the corners of the black numbers sticking out. Exoto didn’t understand what had been done, so they “corrected” the problem. They also didn’t get the correct placement on the Goodyear and Pure stickers and the Powered by Ford badge. DIY decals fixed all of that. 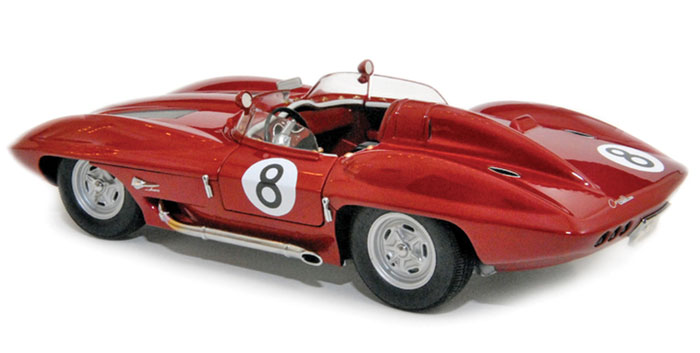 1959 Chevrolet Corvette Sting Ray by AUTOart
The ’59 Corvette Sting Ray is one of the most beautiful cars ever built and was the precursor to the 1963 Corvette Sting Ray. Designed by Pete Brock, Larry Shinoda and Bill Mitchell, this car was built on the Corvette SS chassis. Over its lifetime, it was painted silver and metallic red. During the 1960 racing season it was driven by Dr. Dick Thompson and won its SCCA Class Championship. Surprisingly, AUTOart never produced it in its racing livery either as the no. 8 red car or the no. 11 silver car. After its racing career was over, it became a daily driver for the very dapper Mr. Mitchell. This car also starred in Elvis Presley’s movie, “Clambake” with Shelly Fabares.

1970 McLaren M8D no. 5 by GMP
In 2001, GMP expanded their 1:18 Can Am McLaren series by adding their version of the 1970 McLaren M8D. First was the no. 48 car that Dan Gurney drove in the first three races of the ’70 Can Am season. GMP had planned to release the no. 5 season championship car driven by Denny Hulme but their McLaren contract expired before it could be put into production (aside from 5 rough prototypes that ended up at Replicarz). So I made my own. The biggest issue in creating the decals was making the left and right side decals that sit on a very irregular surface. I pieced each roundel together from seven individual decals.