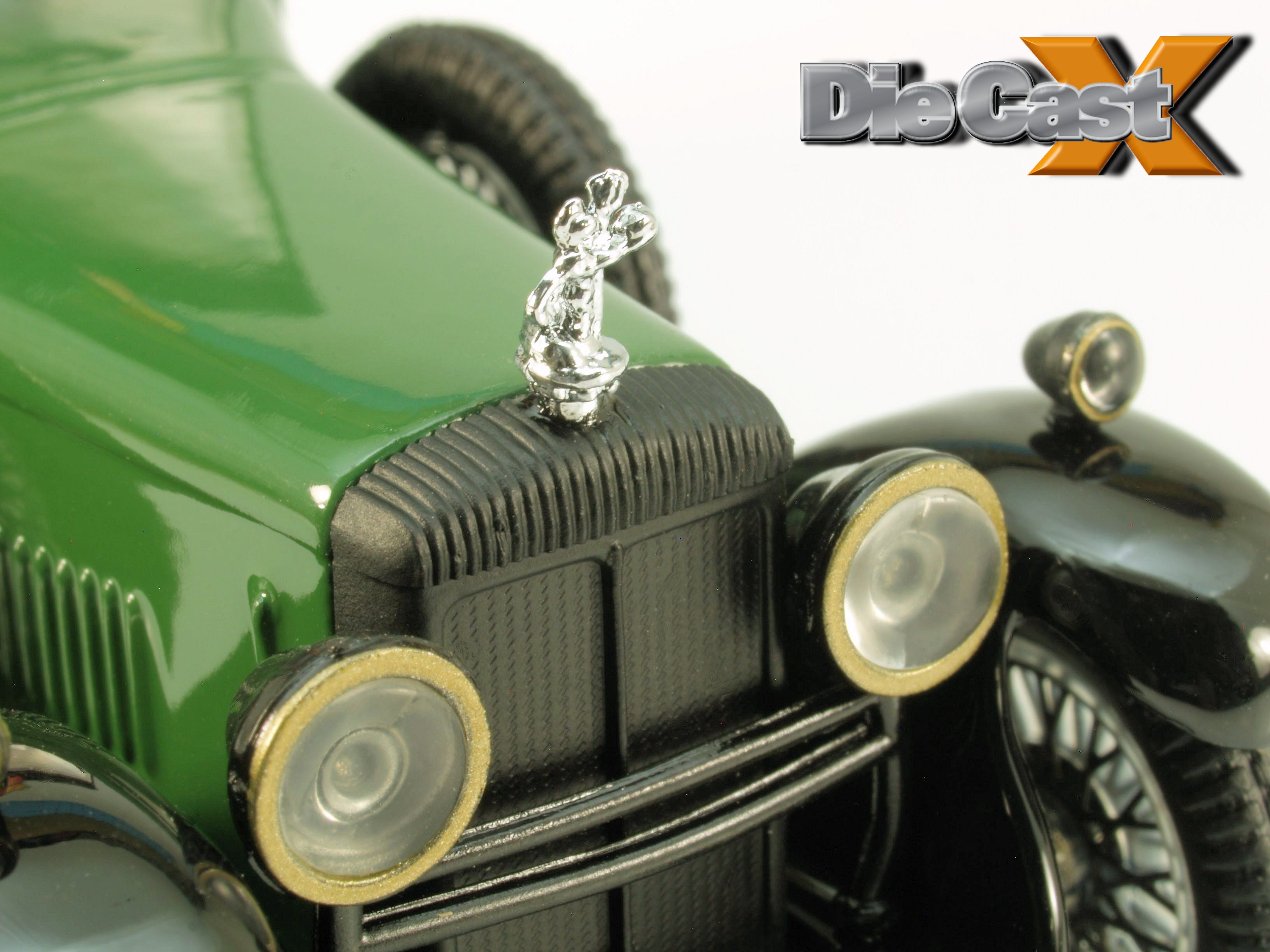 Old toy cars have a feel to them that a majority of the new stuff can’t match. No, it’s true: heft an old Corgi, or palm a chipped-up, decades-old Matchbox car, and you’ll see what we mean.

All is not lost; some makers – especially those centered in England – seem to keep that feel in high regard, and it’s that palpable connection with old-time collectibles that makes the current offerings from the Oxford Automobile Company such a pleasure. This staunchly British firm seemingly refuses to play with lightened castings, advanced prototyping techniques, or – gasp! – photoetched parts on their cars – but that shunning of toy car tech gives this maker’s models a distinctly charming quality that’s hugely appealing.

That’s the takeaway from this latest Oxford, a Hooper-bodied 1928 Daimler “Double-Six” 30 limousine as fitted for Her Majesty, Queen Mary. Delivered in 1:43 scale, it’s fairly heavy, ornate, and hard to miss in a green and black scheme over plastic disc/spoke wheels. Up top, the model wears the Royal Standard – something that other models of this type often miss – and the overall look of the thing is dead on. Upright, tall, and stately, the car’s countenance and reserved blackout trim (only the radiator cap ornament – Brittania sitting atop the globe – is chromed) match the real car’s look and stance.

Inside, the rear section is fitted out with a high-backed pleated seat and acres of floor space; the bulkhead has a couple of gauges and detail painted window cranks for the divider, and up front, the driver’s section sports gauges in the dash, a shift lever and hand brake, and a thickly cast steering wheel. Up above, the roof’s been cast and painted to replicate wood strakes, and there’s door panel detailing all around. No jump seats, by the way. HM liked motoring solo.

More of that old-model vibe comes courtesy of the car’s paint and finish. It’s not liquid smooth, but it’s evenly applied, and the decorations around the windows and coachwork, including the crown decos and pinstriping, are straight, neatly applied tampos. The lensing is clear, and small parts for the door handles and the lights atop the fenders are cast and installed cleanly, and add to the car’s visual appeal. And, for what it’s worth, this little bug scoots rather well, thanks to those skinny wheels and tires, and straight metal axles that run through a nicely cast plastic chassis.

This is the kind of model that drew so many into the collecting hobby all those years ago, and still entertains today. It’s simple, well built, and sturdy. Oxford knows its audience well; there’s also a King George V version of the Daimler Double-Six 30, patterned after the car His Majesty ordered for his own use (now parked in the Sandringham Museum). Given the recent celebration of Queen Elizabeth’s Golden Jubilee, and America’s fascination with The Royals, the timing for this release couldn’t be better. Here’s to hoping that Oxford, known and appreciated everywhere, catches on here, as well.