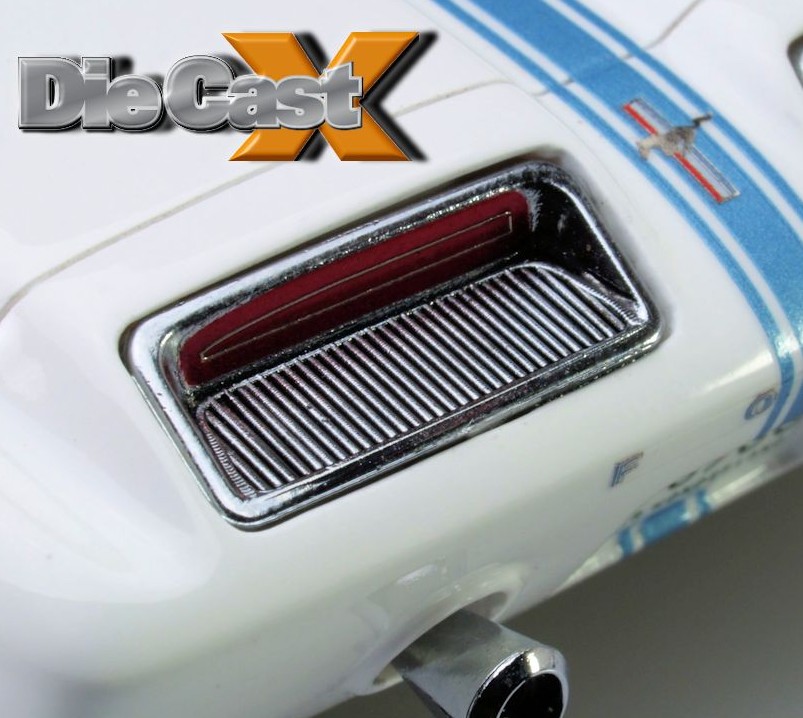 The question one has to ask oneself regarding Automodello isn’t so much why they make the models that they do, but where they get the nerve to take on some of the way-off-the-ranch subjects that they make.

No, we’re not complaining. Actually, we’re damned impressed by this maker, and we have been from day one. This is, after all, the crew that gave us the Phantom Corsair in 1:24, and followed up that act with a precision-scale Duesenberg Mormon Meteor. In between, they’ve done a Fitch Phoenix, a bevy of Bricklins… even one with a wee broom to hold its door aloft, as so many Bricklin owners do, once the struts holding the portals go the way of the brand, itself.

These guys are bold. They’re brash. And they’re taking the hobby by storm.

Granted, it’s not a tornado. If there’s one thing Automodello seems to know, it’s moderation. Where so many companies have let their car-guy DNA trample their business sense, Automodello – under the thumb of its creative force, James Cowen – is all about working those margins that make the most sense. Subjects are carefully chosen, of course, but there’s always a special edition, an added feature, or a premium version of each. That’s smart. So are the choices of cars, with each successive release aimed like a beanbag bullet right at the heart of the collectors. Stuns ’em, gets their attention, and makes them look.

This latest model is upping the game, and it represents Automodello’s first concurrent 1:24 and 1:43 release… and it’s nothing short of amazing, from where I sit. Ford’s 1962 Mustang I was never meant to sell; the V4, mid-motor sports roadster was meant to impress youthful new buyers as Ford emerged from its fedora days into the Jet Age – and that’s exactly what it did, appearing at college campuses, race tracks, sporting events, and, most importantly, at press junkets where race drivers like Gurney or Moss would flog the little aluminum-bodied boat around until the sole passenger either began laughing uncontrollably or uttered the safety word… or threatened to write a bad review. Which never happened. The car was universally loved – but utterly impractical, even though its stated use while being designed was to bring some sports car shine to the blue oval. Over 80,000 foreign sporting machines were being purchased every year in the states, even though they were abysmally built and tough to keep on the road. The Mustang might have been a contender. But in the halls of Dearborn, where another bright idea – the Edsel – had recently turned all but the staunchest suit callow, anteing up new tooling for an outlandish wedge with a hide-away front license plate and a German Ford V4 wasn’t high on anyone’s to-do list.

The Mustang I did exactly what it was supposed to do – it got eyes on Ford. These models will do a lot of that, too, for Automodello. The real car’s fiftieth anniversary passed recently, and that’s noted on the models’ plinths; the resincast cars above – seen here as pre-production samples – are sculpted beautifully, painted up like fine art, and detailed with every visible tweak a fan of the real car will be looking for. That includes great lettering, neat little “Pony-on-a-stick” Mustang logos, and even tiny ovals for the seat bottoms – in both cars – done in hi-relief foil and photo-etch. Thorough? Hell, yes – amazingly so. Virtually every detail worn on the larger car is replicated on the 1:43 – except for a row of fasteners below the car’s airfoil-style roll bar. Pre-production omission? Possibly. Potential deal breaker? Um, no.

The cockpits are done in tidy castings, painted in a mesmerizing blue metallic, and there is a full dash, readable gauges, and even row after row of grommets in the seat upholstery; the 1:24 boasts a flocked floor, and though the 1:43’s footwells are simply painted, the door panels wear individually cast, plated, and placed door handles and pulls. The wrap-around windscreen is done in butyrate, and grooved where the doors would open; on the sides of both cars is a pair of radiator grilles – the root of the only discernible styling feature that was carried over to the machine that ultimately wore the Mustang name.

I spent a couple happy hours looking over photos, reading about the car’s design in contemporary articles and notes, and – most enjoyably – watching some old Ford promotional films of the car being blasted around the track with crash-helmeted, business-suited Ford executives as passengers. Aside from whonky gold lettering on the Firestone Gold-Stripe tires – a note I’m sure Cowen and Co. will address in production – both models are spitten images of the real thing. All that’s missing is the sound of that V4 winding out – and maybe a few suits whimpering. Highly recommended, in both scales.