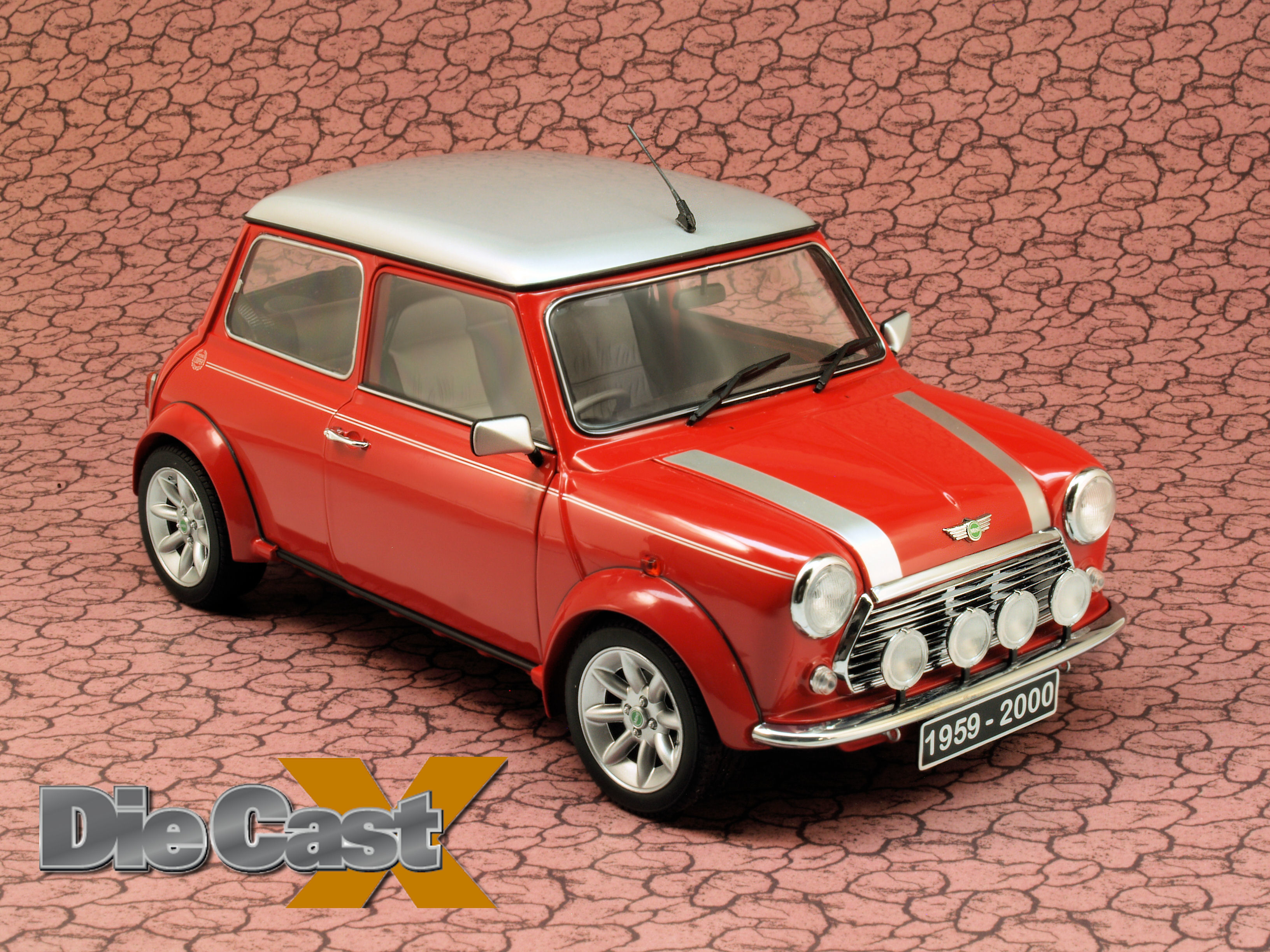 “Lulu” and “Mini”. If ever two words belonged together in the same sentence, these two do. But not in the way you might think: though the iconic ’60s singer did much to further the ideal of short skirts (and for that, we love her dearly), it’s the other Mini – the miniscule British car – that she honored as the last “Classic” example rolled off the line at Longbridge, Birmingham, England in 2000.

By that time, more than five million (5,387,862, actually) Minis had sold around the world, and Alex Issigonis’ original 1959 design hadn’t changed much on the outside. Instead, like the hipsters who had aged alongside it, it had improved from within. By the time the surviving members of Sir Alex’s team bade the little car farewell, it rolled with 63 horsepower, airbags – and a new, larger, BMW-sired successor waiting in the wings.

Premium ClassiXX’ 1:12 Solar Red and silver model of that very last car is a sweet homage for a reasonable amount of dough, with opening doors, hood, and boot, tilting seats, and steerable “Minilite” wheels on a nicely detailed chassis. From the sharply cast multi-element taillights and headlamps to the car’s roof, BUB uses a lot of plastic here, but it’s all high-grade stuff; check out the wrinkles cast into the seats and the sharp detail bits all around the heavily wired and cabled twin-port injection four banger.

Delicate brass photoetched badges are on the trunk, and the dash is a tidy casting with a cool machine-turned effect on its binnacle, set above a flocked floor. Open the trunk via the working handle to see the fixed spare tire; wear the included black protective gloves if you’re feeling sporty. Everything seems just right, including the correct “1959-2000” registration plates.

The works crew played the theme from The Italian Job as the last Mini rolled off to the museum, where it’s currently parked next to the very first Mini made. We’d add a chorus or two of “To Sir, With Love”. These were groovy little cars – and this is a great little model.