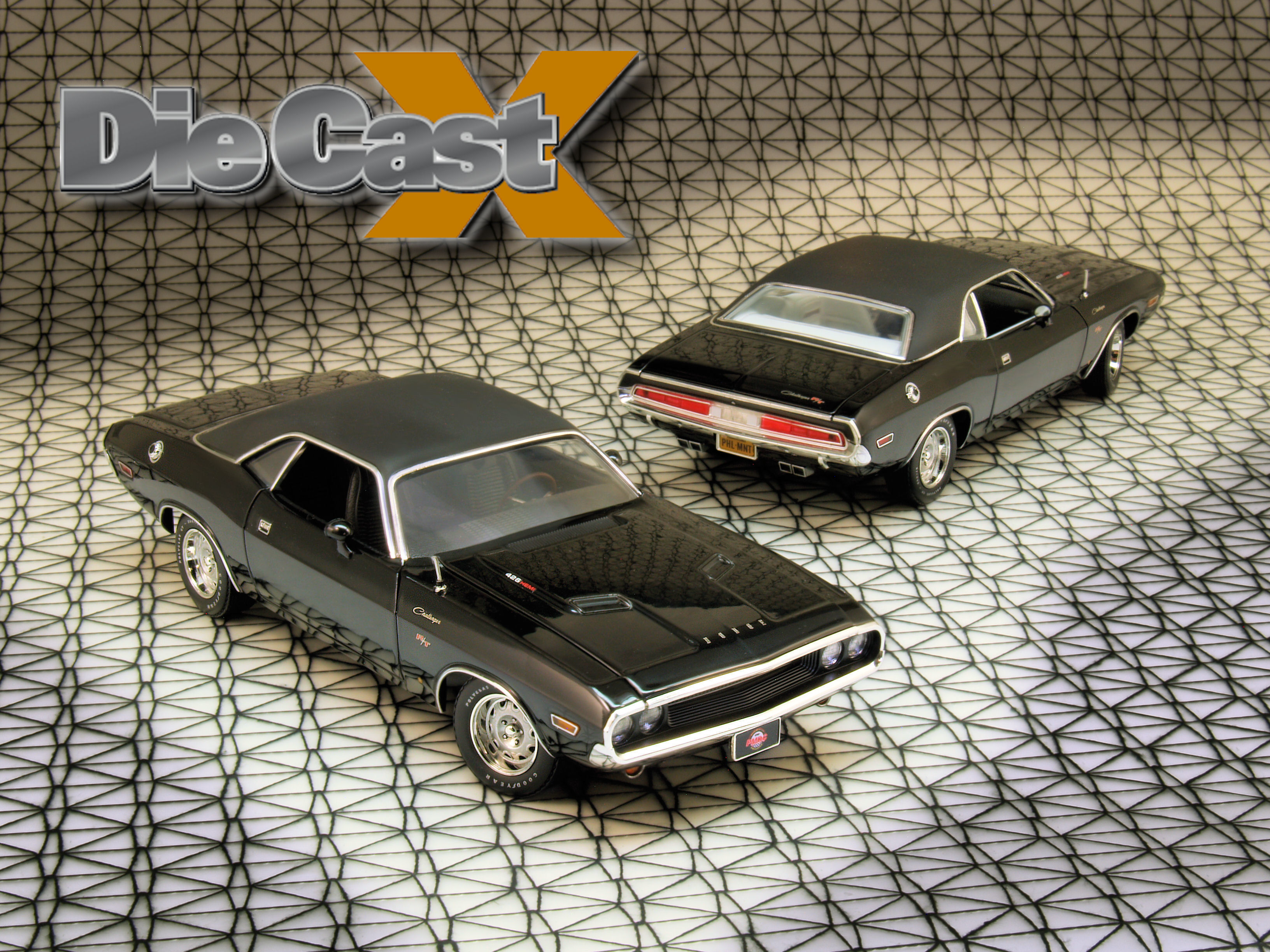 One of the constants in the hobby these days is change, and we really can’t find fault in that – especially when the shifting tides bring along models like these PhillyMint 1970 Dodge Hemi Challengers. These are contract pieces – built by Diecast Promotions to specs sent along by PhillyMint – and they’re helping to pop the doors open a new segment in this scale: high detail, custom-spec sub-$100.00 models.

For around sixty bucks, you get good paint, a believable texture on the vinyl roof, and foil and hard chrome trim that’s been well placed and set into the body casting without so much as a stray line. The wheels and tires really sell the image; beneath foil trimmed wheel wells, they wear the right argent on the Rally rims. The wheels are centered with chrome caps and lugs and shod with factory-correct E60-15 Goodyear Polyglas GT tires.

Challengers were flexible cars; starting with the slant six, the engine choices ran the gamut of 318, 340, and 383 engines. A trip north of the 400 cube border left you with two displacement choices: the 440 or the 426 Hemi. That’s the motor this pair of R/Ts totes under the domed hoods, and it’s wired, piped, and painted neatly beneath an ovoid, twin-carb air cleaner. A trick metal grille rounds out the cars’ front ends, and a working suspension and overspray-detailed chassis keeps things together below. Inside are pistol grip shifters for the four-speed trannys (a Torqueflite auto was the only other option with the elephant motor) and well detailed dashboards, set before bucket seats with fabric belts and photoetched buckles.

And herein lies the rub: The standard release is the R/T with black seats and door panels; 354 made… if you want the far rarer (150 made) white gut car, you’ll need to pony the sixty clams for the triple black one first, then grab your chance at its fairer twin, for another $60.00.

Once in hand, you’ll want to watch those trim pieces – they’re set atop the finish, and a wrong move can yank them off the car. But in a segment where the usual tip-in is twice this pair’s asking amount, I’ve got no problem recommending either – or both.