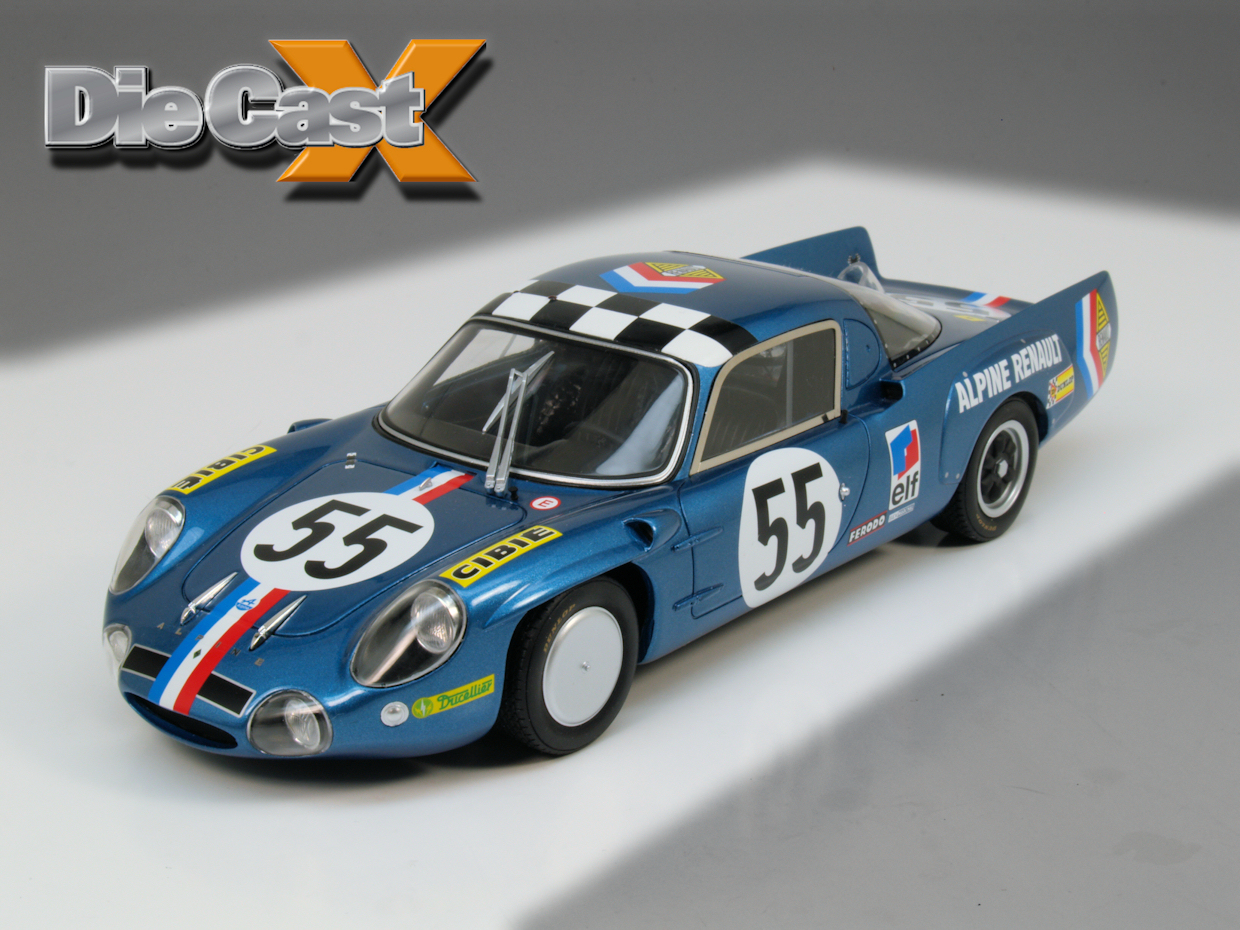 Some car guys pride themselves on an ability to identify an engine solely by the sound it makes. When challenged, they can call out passing cars with their eyes closed, then wax poetic about everything from V12 Ferraris to small block Chevys and prop-engined fighter planes.

If they’re an older example of the breed, they’ll eventually get around to open-piped, small-bore four-bangers. Not the whoopee cushion staccato of an STI, mind you, nor the manic chainsaw wail of a maxed-out Civic. Not hardly. No, these fellows would be talking about old race cars. And for the purpose of this piece, they’d be talking about the magical, ripping-cloth-and-rolling-thunder bark that came from the single tailpipe of the fabulously finned Alpine A210.

The A210 was a lightweight aero exercise à la France, along the lines of Colin Chapman’s British Lotus cars. Sporting a stiff space frame beneath a well-streamlined Fiberglas body, the racing Alpine (and say it “Ahhl-PEEN”, lest you get a finger wagged at you) was a gracile machine that worked with the wind, and not against it – and did so with surprising success, starting in 1966, frequently winning, or at least holding its own, against much stronger machines.

One A210 in particular has my eye these days, mostly because of an excellent piece that came here from a company called Ottomobile. This company is run by a unique bunch of fellows; a wonderfully roguish group of passionate cars guys who happen to be French, and who happen to love making models of European cars even more than the Gitanes and cognac they were enjoying (and graciously shared with some of us) when we last saw them. Even better, the models they make happen to arrive exclusively in high-quality resin, and in limited edition runs.

All of which, I have to say, happens to make this one of the coolest companies I’ve seen in a long time. And for the record, I never even touch cognac. Or Gitanes.

This 1:18 Alpine A210 replicates the 1-liter-engined car that Jean-Pierre Nicolas and Jean-Claude Andruet piloted to a third-in-class (and 14th overall) at Le Mans in 1968, losing in their segment only to the more powerful Alpines that were maxing out the Prototype 1.3 liter-and-under class. Like all of the cars I’ve seen from this maker, it’s a stunner on the shelf, with an incredibly smooth body that’s been painted in a furniture-grade metallic blue. Because the car’s a sealed body unit – as are all of the Otto offerings – the lines around the doors, hood, and rear engine cover-cum-window are scale-correct, and etched into the body casting.

Resin is a great medium for display pieces this scale; it’s a higher resolution material, so it shapes and conforms to its molds better than diecast. That makes the cast-in hinges and scoops on the car’s fenders and hips extra crisp and believable, and those fins out back all the sharper. It also provides a smoother base for the paint, which, in turn, gives the decaled-on livery and foil-based “A-L-P-I-N-E” on the car’s nose a better place to land – except at the places where those decals have to bridge a panel seam. They don’t quite make it into the grooves properly, and kind of hang in space. That’s not a deal breaker; a little work with a sharp hobby knife and a couple of drops of Micro-Sol will set that right.

There’s a warmth to this material when you’re holding the model in hand that zamac can’t deliver. Once I started scoping the thing out closely, I found that the Cibie head- and driving lights on the car are extraordinary, with beautifully fitted covers placed over sharp lenses; beneath the lenses are wee yellow “bulbs”. Pretty sweet – as are the multi-element taillights, done in amber and red, on chromed bezels. The small, hand-placed handles and levers on the car’s body and the photetched window frames on the sides add a nice, upper-crust, artisan’s feel to the thing, even if those frames are too wide to be correct.

The model’s neatest trick is its nicely turned out engine – the first such detail I’ve seen on an Otto. Set onto a well-engraved floor pan, the little inline four is well wired and plumbed, and looks great under formed acrylate “glass”, even if the single value of silver paint used on everything makes it a little monotone. That same glazing material is used for the cockpit, and because it’s so distortion free, you can see all of the well-cast, neatly painted and assembled dash, seats, door and floor detailing. The car sits on a good set of wheels with Dunlop rubber, and rolls on a chassis that’s devoid of any detail, save what is needed to replicate the car’s profile and exhaust pipe out the back.

The markings match archival photos and movie footage I watched of the A210, shot during the ’68 Le Mans. Those photos show just how well Otto captured the car’s shape and stance – and I realized after a little while (and a wifely comment) that I’d been watching those videos over and over again, with the speakers set to “stun”. I guess I was inspired by a potentially new avenue of collecting in this scale; it’s been a while since I’ve done that kind of time traveling. This is a great little model from a really interesting manufacturer, and I’m enjoying the heck out of it.