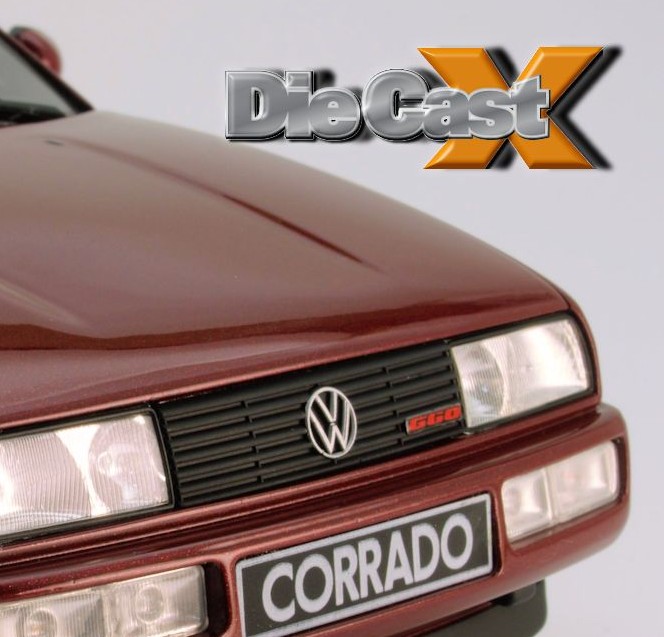 You can stretch a bit to attach it to the name “Conrad”, but for the most part, “Corrado” is one of those exotic sounding handles that suggest a romantic back story… but basically mean nothing. Unless you’re a car guy. In that case, the word brings up a picture of one of Volkswagen’s greatest driver’s cars, especially in its hairy-chested, supercharged G60 form.

Introduced in 1990 here in the States, the Corrado didn’t take long to make itself known as more than a Golf on PEDs; the automotive press fairly fawned over the car, and some went so far as to call the Corrado an almost certain classic in the making. It drove fast, and rode hard, and had a wedgy, mildly blunted look that wore well on the eyes.

It still does – if you can spot one. Attrition is a tough thing to beat, and a lot of the cars have shuffled off the streets into the great beyond. Finding a good example isn’t easy these days – unless you’re tuned in to OTTOmobile’s release schedule, in which case you can park this new resincast 1:18 of the trippy Teuton on your desk.

OTTO makes some very impressive model cars, and this one’s sharp casting and utterly perfect  “Bordeaux Red Poly” paint give the image an almost eerie level of realism on display; since the shut lines are cast in, the model’s stance, on correct alloy-look wheels, is perfect. So are the lenses at the front – deep, clear, and highly reflective, they join their multi-faceted counterparts at the car’s rear to make the VW look road ready.

Inside the car, all of the details you could wish for are on tap, and visible, thanks to the butyrate glazing. From the wrinkles cast into the door panel trim to the tiny red release buttons in the seat belt catches, it’s all here.  What’s lacking is any deep chassis detail. That’s the norm for this maker (and most resincasters, in general), with only a stylized suspension, and a painted exhaust system, set in place to give the car a correct profile on the shelf.

Overall, this is a great model car from one of the real stars of Euro-casting. We’ll be featuring more and more of OTTO’s products in the coming months, so stay tuned.