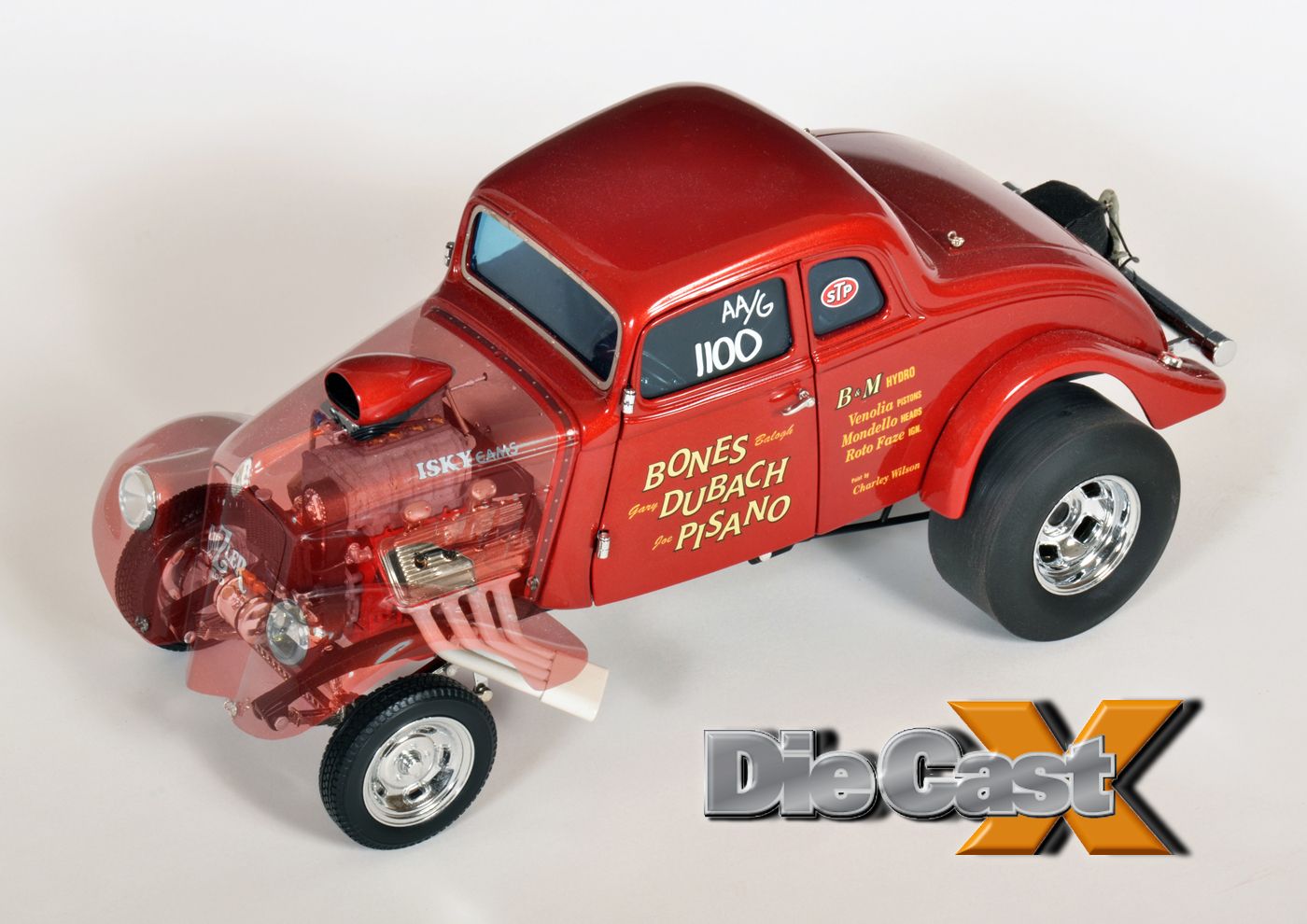 I can still almost hear the crackle from the dashboard speaker… “Sunday! Sunday! Sunday!  Stone Woods & Cook, ‘Big John’ Mazmanian, and K.S. Pittman battle at Lions this Sunday  for the ultimate Gasser Shoot-out to crown the ‘King of the Gassers’! Lions Drag Strip, at Alameda and the San Diego Freeway in Wilmington. Gates open at 10 AM.  Beee theeerrre !”

Oh, man, the ‘60’s were a fun time if you were a drag racing fan, particularly on the West Coast. We didn’t know it at the time, but in later years, this would be remembered as “The Golden Age of Drag Racing” – and it was. There were some amazing things going on in each of the major racing groups; all week long KFWB and KRLA out of Los Angeles were on full volume, blasting the airwaves with news of upcoming races at all of the Southern California drag strips, and building up our fever for fumes and tire smoke. We just couldn’t wait for Sunday.

“We” were everywhere. The Dragsters, Altereds and Stockers were all attracting big crowds and putting on great shows – but the most endearing group of racers were the Gassers.

At the peak of their popularity (and outrageousness), most of the top Gassers were based on small, pre-WWII cars, and powered by big-block, frequently supercharged and injected monster engines that ran on gas. What they lacked in pure top end, these beasts made up for as fodder for off-track chutzpah and promotion. After a while, no boast was too big, and no chance to gain an edge was missed. One-upmanship and drama between teams and drivers became part and parcel of the spirit of competition… and thus was born the “Gasser Wars”.

The stakes were high, for everyone involved. Every top team was sponsored by the companies that provided their parts: from cams to crankshafts, rods to rubber, every go-fast manufacturer jockeyed for placement in Hot Rod Magazine, National Dragster or the weekly Drag News. If the budget allowed, they’d run ads; if it didn’t, the best a company could hope for was a picture of the winning car, wearing their logo, crossing the finish line first. Positive coverage of the cars and teams they’d sponsored meant everything to these firms; everyone wanted to have the cam that helped Big John beat Stone, Woods, & Cook at Lions last weekend, or slap in a set of the plugs that K.S. Pittman ran to mow down another record. Winning meant sales success, especially when selling speed to the under-25 crowd.

Back behind the wall, names were called, challenges thrown down, and everybody got in on – and amplified – the action. The verbal slaps could echo the intensity and tone of today’s professional wrestling scripts, and the result was the same; the bigger the grudge and the taller the challenge, the heavier the crowds would be lined up at the gates. We were amazed every week that the teams were able to avoid coming to blows, right there on the starting line – they must have hated each other, and the sunnier climes of Southern California (home base for many of the top teams) meant that the action (and the friction) simmered year ‘round. Local drivers and sponsors kept the flames lit when the big boys hit the national circuit; SW&C, Big John Mazmanian, K.S. Pittman, and many of the other touring pros hit the road during the Spring and Summer, and there was big money to be made by crossing the country, hitting all the local drag strips, and letting fans from sea to shining sea see, hear, and smell the Gassers up close and personal.

Most remembered of these Gasser teams was Stone, Woods & Cook, and their string of beautiful ’41 Willys. They supposedly had an on-going feud with “Big John” Mazmanian and his candy persimmon ’41 Willys. So intense was the rivalry that even the parts used in the cars could generate heat of the fist-clenching kind. Mazmanian ran an Iskenderian Racing Cam, and Stone, Woods & Cook ran an Engle bumpstick – which meant that the bragging and name-calling between the teams frequently included Ed Iskenderian and Jack Engle themselves. And those two teams were far from alone: others who boasted, bullied and brawled included “Ohio George” Montgomery, K.S. Pittman, Junior Thompson, Bones Dubach & Pisano, the Hill Bros., Jack Coonrod, Johnny Loper, Shores & Hess, and more.

Like any war, this one had an end, and as in most conflicts, technology played a part. George Montgomery was invited by Ford to test his SOHC 427 Ford-powered ’33 Willys coupe in their 1:1 wind tunnel. Tests at speed showed that the car was generating 600 pounds of lift at the end of the drag strip. Ford convinced (some say commanded) Montgomery to use a sleek fiberglass replica of their 1967 Ford Mustang body, which he attached to an extensively modified ’33 Willys frame. George never ran the Willys again – and confessed to me later that the change was a bit of a relief. His Willys was so squirrely in the lights, he was convinced that it was going to kill him someday.

Thankfully it didn’t, as Ohio George is one of the surviving treasures harkening back to the heyday of the sport. There are other treasures, too – in scale. Precision Miniatures built a 1:18 ’33 Willys as a new tool, and the detail and execution on all of the cars culled from that original mold set represents some of the finest work this much-missed maker ever did. Each model has its own personality – and faithful detailing, including the necessary pieces and decorations to exactly duplicate each of the real cars, including the rides of Stone, Woods, & Cook, Jack “The Bear” Coonrod, Bones, Dubach, & Pisano, the Hills Bros., and both the original, and the later chopped-top version of George Montgomery’s “Malco Gasser” ’33. With photo-etched parts, exceptional paint and decorations, and a range of noble materials, the models are miniature time capsules.  Less detailed – but still well worth collecting and owning, was PM’s ’41 Willys, done jointly with Supercar Collectibles, and based on an older Yat Ming tool. These may lack some of the finer details and finesse of the Precision Miniatures ‘33’s, but the nicely done decoration, accurate stance, and good quality paint still bring back a lot of wonderful memories, and make for a nice display. So do either of GMP’s 1:18 Ohio George “Malco Gasser” Mustangs – a distinctively blue 1967, and two versions of the 1969 version, one supercharged, one turbocharged, and both painted a candy-apple red.

The Gasser Wars may have run their course, but all of the drivers and teams who fought the fight remain alive, at least in our memories. With a little bit of hunting, they can live on in our collections, as well. It’s almost – almost – as good as being there.