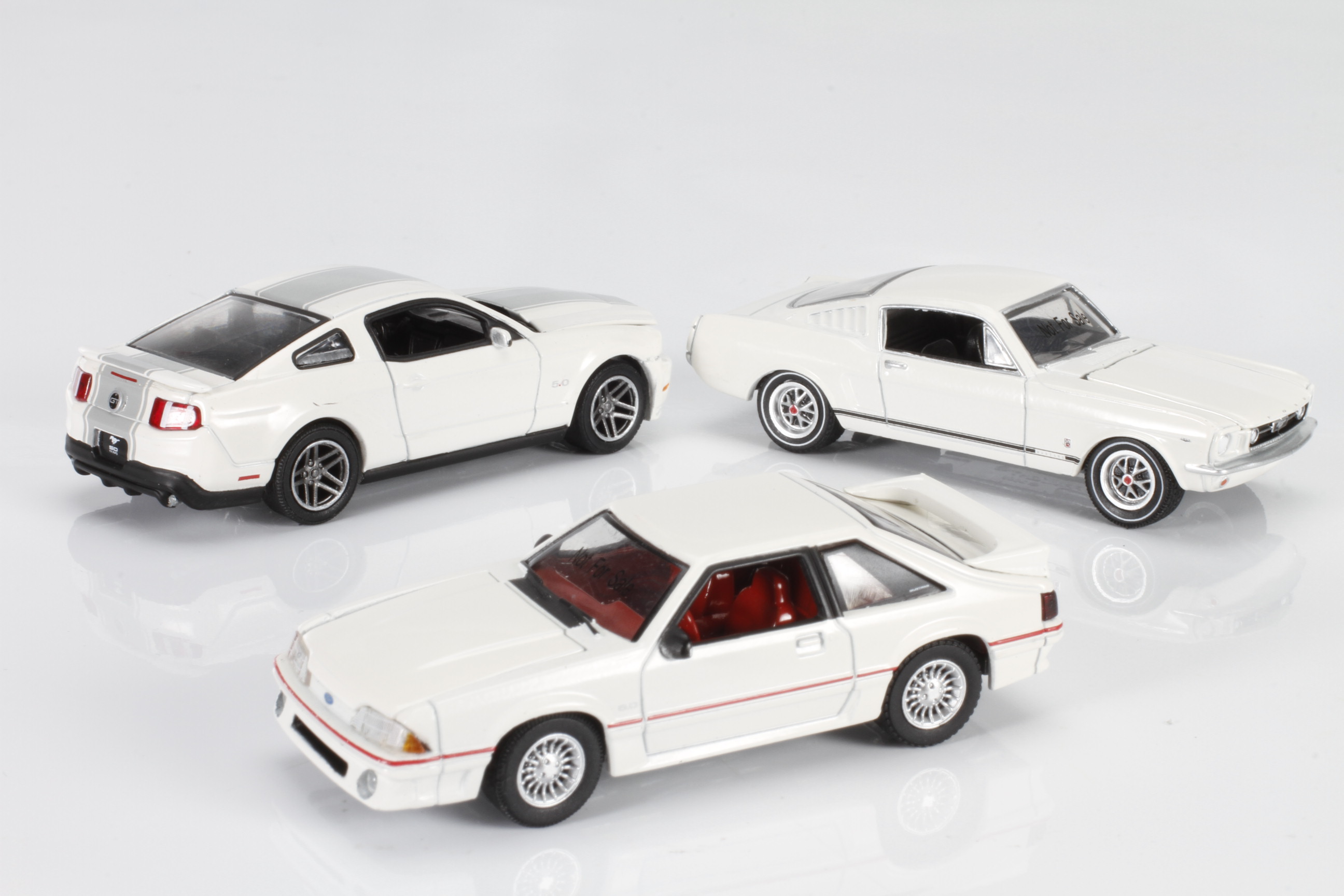 Pretty much everyone knows about the 50th anniversary of the Mustang as it coincided with the launch of the all-new 2015 model. Mopar fans will note that this marks the 100th anniversary of the Dodge Brothers establishing their eponymous automobile brand. What better excuse then than to take a look at GreenLight’s 1:64 Anniversary Collection Series, which combines a trio of the hottest models from each brand spanning the 1960’s through today. 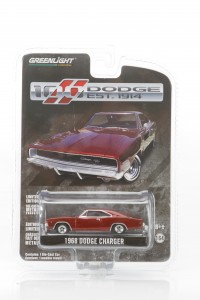 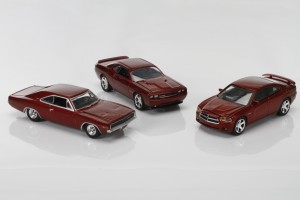 Horace and John Dodge had begun their careers as subcontracting manufacturers of engine parts for Olds and Ford, but by 1914 had decided they could do more on their own. Horsepower and mechanical sophistication were the earmarks of the brand early on—traits that carry through to today and are symbolized by GreenLight’s 1:64 replicas in metallic red. 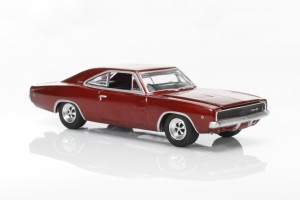 The 2nd Generation Charger was a sensation when it debuted in 1968. Seductive Coke-bottle curves and a trio of potent big blocks—topped by the legendary 426 Hemi—made it an instant hit. 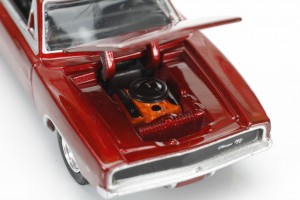 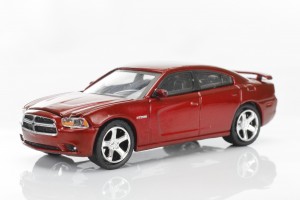 More than 40 years later the Charger has morphed into a 4-door sedan, but the performance is no less impressive. Hemi V8s ranging from 370 (R/T) to 470 (SRT) horsepower mean the modern Charger handily outperforms its classic forbearer. GreenLight’s is an R/T. 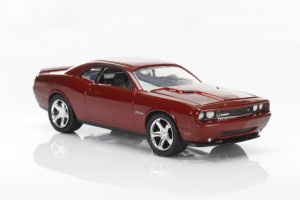 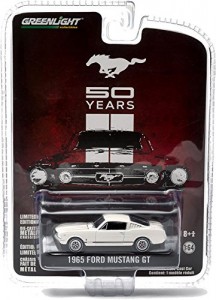 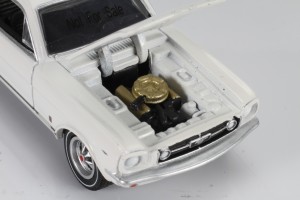 Anchoring the set is a ’65 Mustang GT fastback—the first year for that trim package and that body style. A detailed 289 really adds to appeal. 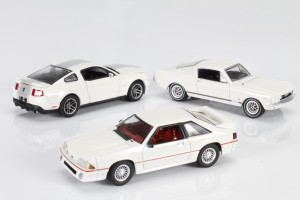 The Fox Body 5.0L Mustang defined ‘80s muscle. GreenLight’s is an ’87 GT with an automatic and red interior. 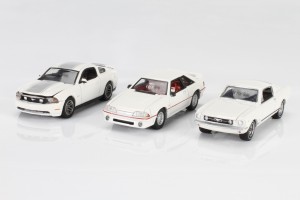 The Mustang enjoyed a performance renaissance with reintroduction of the “5.0” badge in 2010—this time signifying the 420-horse ‘Coyote’ DOHC V8. The Wimbledon White in accented with a silver GT stripe and nice detail on the engine.