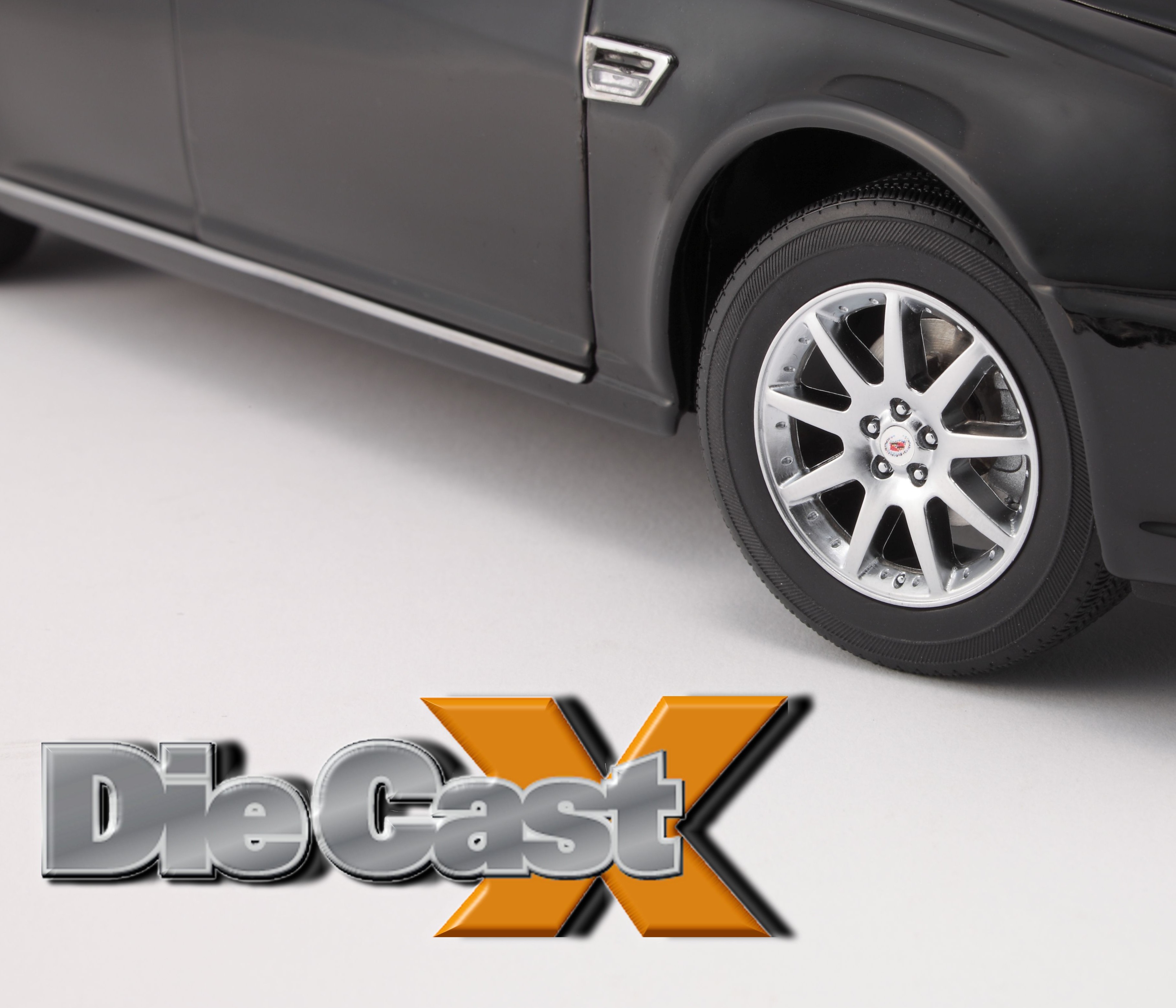 Kyosho has been doing some very good work on American luxury cars this past couple of years, thanks to an agreement with an outside vendor with a distinct flair for GM’s upper-crust brands. So far, we’ve been given a CTS sedan (and its CTS-V variant), and we’ve been promised a CTS coupe in both iterations as well (haven’t seen that one, yet). Add this one – an SLS sedan – to the list of top shelf rides from the Motor City.

From the look of things, the model will join the others as being a heavily featured (and, if it’s built the same way, just plain heavy) offering with skads of finger fun on tap; this apparently early deco shot has the look of the Cadillac down right, all the way to the steel discs behind the nicely cast wheels.

We’re on the list for this one – and all of the soon-to-be-released Kyosho cars – so stay tuned; we’re big fans of Detroit lux, and these look to be something well worth waiting for. We’ll see.