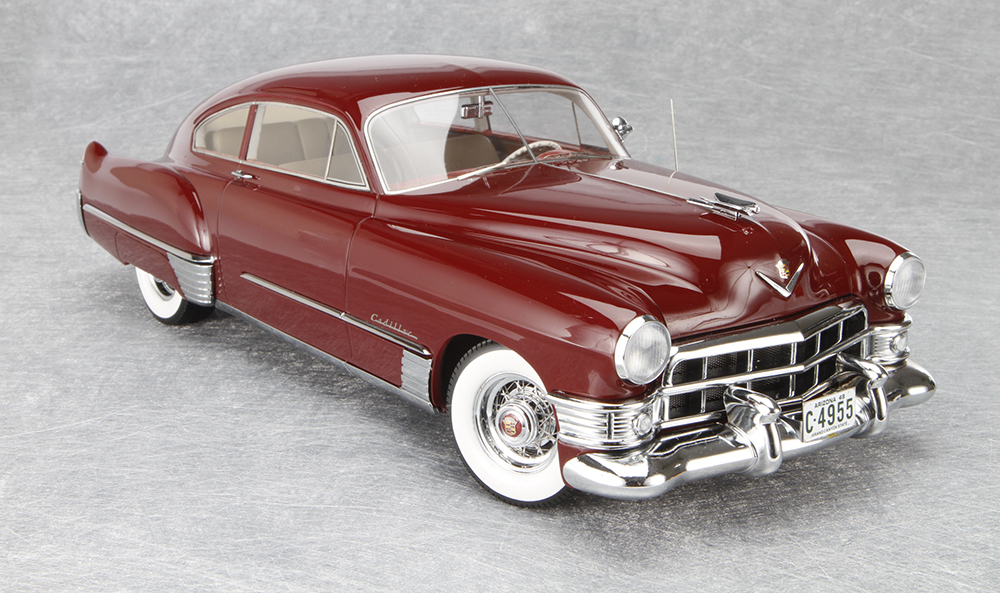 As American manufacturing migrated back from wartime production to focusing on consumer goods, the race was on to design the vehicles that would define the postwar automotive boom that every manufacturer knew was coming. Of course, even the most aggressive vehicle development schedule takes years to bring a car from drawing board to sales floor, and each brand was desperate to be first. Cadillac had long been known as an innovator in both styling and technology, and its position in Detroit’s upper echelon in terms of price and prestige gave it a decided development advantage. As such, it debuted its postwar styling in 1948 on its Series 61 and 62 models. The body featured integrated fenders for a more streamlined look, and a lower hood and wider stance looked more modern and performance-minded, which was enhanced by a sleek fastback profile on the coupes. Unfortunately, the innovation did not extend below the new hood, where the carryover L-head V8 still resided. But the engineers caught up to the stylists in 1949, when Cadillac received a thoroughly modern 331ci OHV V8 to match its looks. It had quite a bit in common with its sibling Oldsmobile’s new-for-’49 “Rocket” V8, but Cadillac enjoyed an advantage in both displacement and horsepower—as befitted GM’s flagship brand.

Although the Series 61 and 62 were essentially identical save for the chrome trim, it was the 62 that struck the best balance—enough flash without being ostentatious. Several body styles were offered, including a convertible and a pillarless hardtop named the “Coupe de Ville” (the first appearance of that nameplate). They joined a traditional sedan and a two-door coupe sometimes referred to as a “Sedanette.” It is the latter that NEO has chosen for its 1:18 resin model. The color is Madeira Maroon; the finish is flawless, and it contrasts beautifully against the Series 62’s chrome gravel guards and other brightwork. The chrome is a mix of metal and plastic: The big pieces, like bumpers, are plated plastic, while the window surrounds, wipers, and badging are etched metal. The glass is superthin plastic sheet, which gives it wonderful clarity, but because the windscreen is a single sheet simulating the two-piece glass Caddy used in 1949, it sits a bit too flat—a minor quibble on an otherwise stellar representation.

As a resin-cast model, the doors do not open, but the clear glass affords a nice view of the interior. Beige bench seats front and back are offset nicely by a walnut finish on the top of the dashboard and doorsills. The sealed doors prevent us from seeing the footwell to determine whether the gear selector (“on the tree”) operates the standard 3-speed manual gearbox or the innovative optional Hydramatic 4-speed automatic. The gear lever itself, along with its companion turn-signal lever and the steering-wheel assembly on which they are mounted, are delicately detailed. The chrome switchgear for the hood and lights are present under the wheel, and there are radio and clock details built into the dashboard. 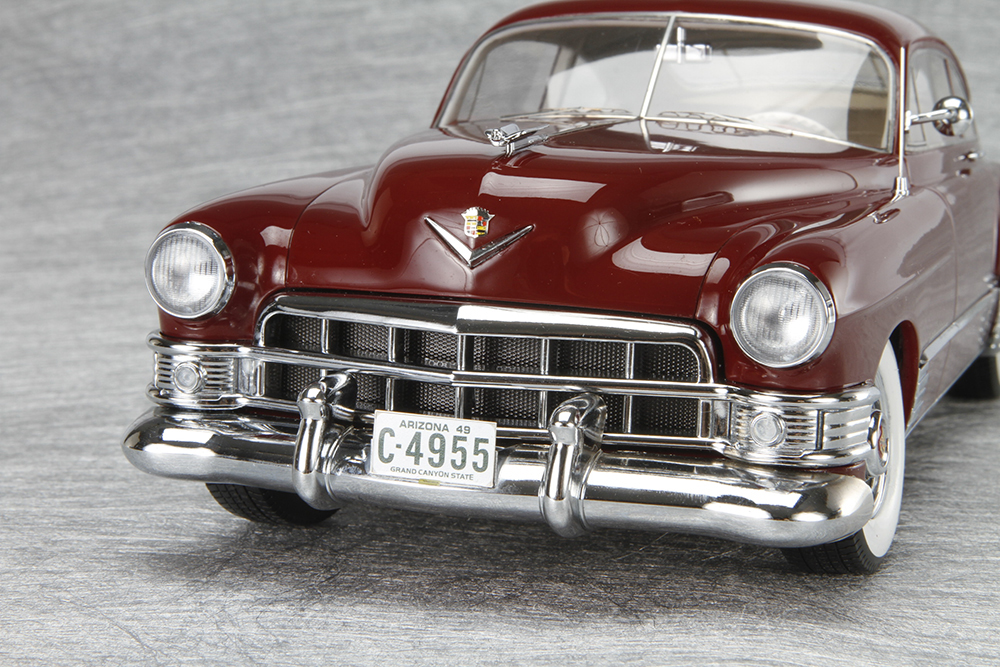 Of course, the hood does not open, so the details of the brand new 160hp 331ci Caddy V8 are left to our imagination. There is rudimentary relief molding in the chassis plate, but little advantage is gained by flipping the model over and risking fingerprints on that lovely finish. The front wheels turn, allowing optimal positioning to showcase the tall whitewall bias-ply tires wrapped around exquisitely etched spoked wheels with finely crafted Cadillac crests in the centers. Those wheels are probably my favorite feature on the whole model, and give it a feel of quality and completeness that ties the whole piece together.

The 1949 Cadillac is really the beginning of the brand’s heyday—rivaling its 1920s–’30s V16 glory. The low and wide stance, the fastback profile, the quintessentially Caddy grille, and, of course, the fins that would grow over the next decade into the signature elements of the Cadillac image are all here. It’s a beautiful car, and NEO does a beautiful job presenting in in 1:18. As a model that captures the promise and potential of the postwar period, this Cadillac has few rivals—if this era appeals to you, this one is worth adding to your collection. 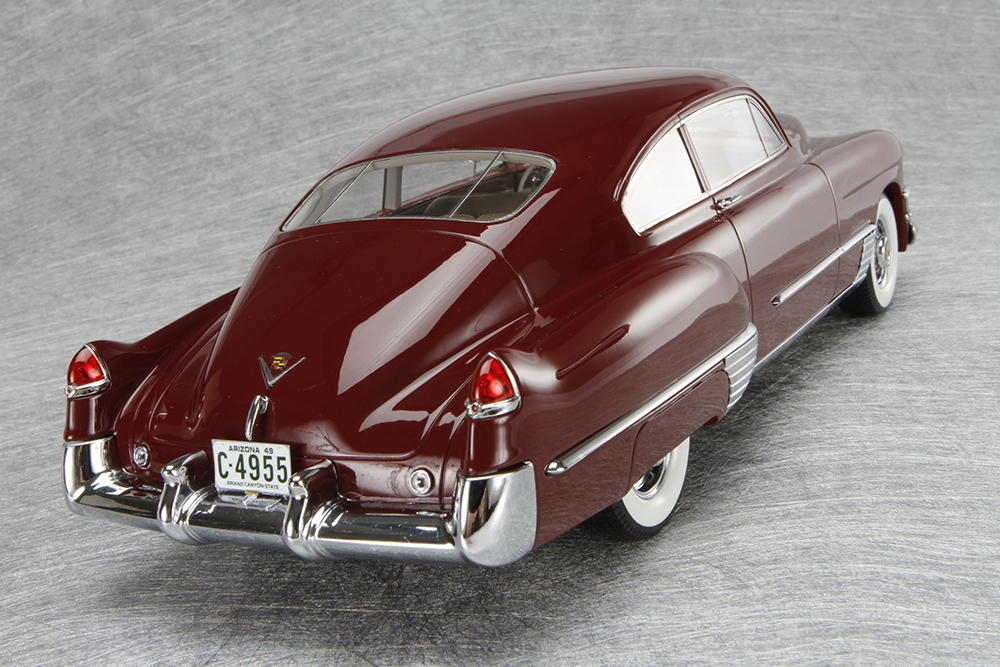