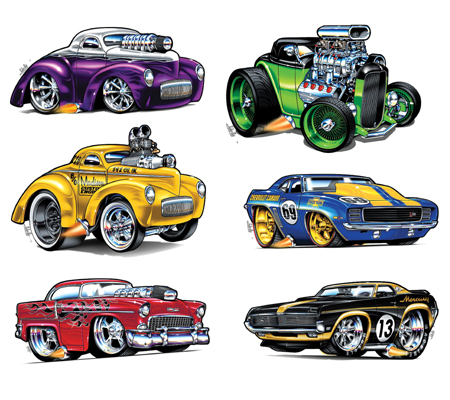 Rumors have circulated for some time about the impending return of Muscle Machinesand now its official. Parent company Motorsports Authentics has announced the relaunch beginning in October 2007 and initially available exclusively at Wal-Mart stores. The first batch of new Muscle Machines will be 1:64 scale, covering a range of classic hot rods and muscle cars. Among these initial offerings will be 1969 Camaro and Cougar castings, a 55 Shoebox Chevy, a 41 Willys and a 32 Deuce Coupe as well as other favorites. Sixteen paint schemes will be offered, including wild custom jobs and replica racersplus a highly collectible chase car. Great news for longtime fans is that original Muscle Machines artist Rohan Day is back as well, showcasing his unique and exciting style on this new series. Each car will come bundled with a collector card featuring Days artistic rendition. This first series will be followed up in 2008 with more exciting cars and some larger scales, so stay tuned!