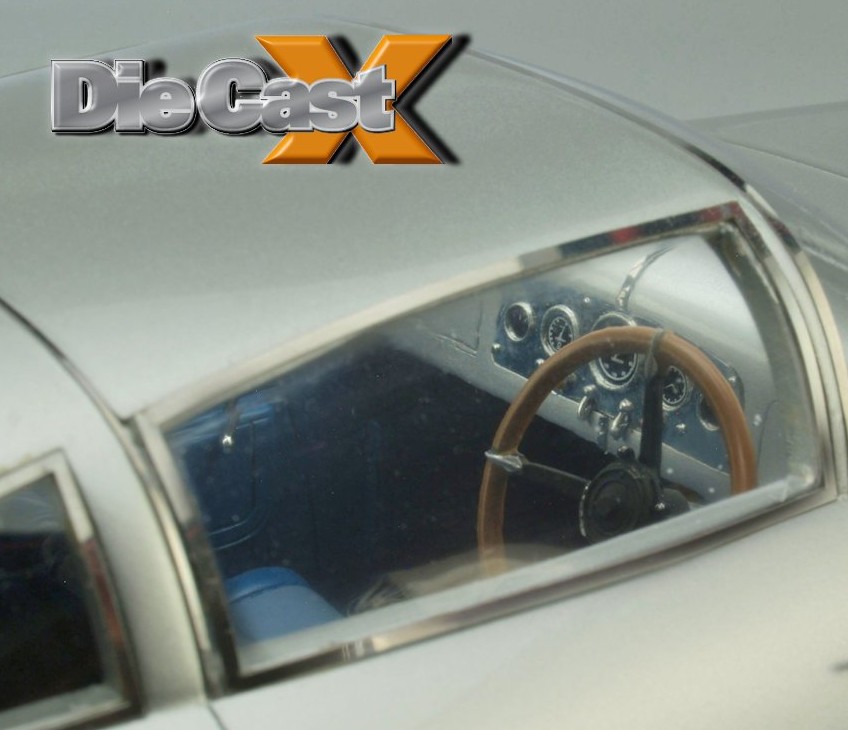 Super collectors are a rare and wonderful bunch of folks. They have the money, time, and space to indulge in their passions, be they model cars, their full-sized counterparts, or both. Minichamps understands that, and the proof is this exquisite Hispano-Suiza “Xenia” in 1:18 resin, the debut large-scale piece from their “Mullin Automotive Collection” series of high-end, limited-edition hand builts. We’d seen the 1:43 model of the bittersweet beauty a while back, when it debuted the smaller scale Mullin lineup. But where that first car echoed the real Xenia’s fantastical shape and presence, this model practically sings it out at the top of its lungs.

It’s a sad song. The Xenia was a one-of-a-kind machine built in 1938 for heir to the Dubonnet spirits fortune, Andre Dubonnet, as an homage to his late wife. With a body built by Jacques Saoutchik after a design by Jean Andreau, the car’s chassis had started out as an Hispano-Suiza H6C of 1932 vintage, which Dubonnet revised with a few enhancements of his own design – most notably, a “hyperflex” four wheel independent suspension that gave the giant car amazing handling. No wonder everyone from GM to Alfa Romeo licensed the engineering for their own cars. That suspension didn’t see much action during the war; Dubonnet hid the car for the duration. Peter Mullin bought the one-off rolling sculpture in 2003, and added it to his “French Curves” collection at his museum in Oxnard, California.

It’s also up for grabs, in scale, in an edition of 1,002 individually numbered pieces to be made by Minichamps. To the car’s confounding beauty, this replica adds the intrigue of details rendered in scale, starting with the excellent lines and grandiose sweep of the casting. This isn’t some bedazzled ’30s design – Andreau was known for aerodynamic streamlining, not adding bling – and the engraved lines for the hood, doors, fender skirts, and rear hatch are perfectly straight and even. The few chromed bits that do adorn the car are jewel-like, including the door handles, the twin fuel fills, and the tiny releases for the rear wheel skirts. Larger pieces, like the grille (which resembles that of the “coffin-nosed” Cord ) are also cast in hi-res resin, then chromed; even the headlights, with their yellow lenses, are made of the stuff, and fitted perfectly.

Carefully formed and laid-in butyrate makes up the windows, and that provides an undistorted 360-degree portal through which to see the Xenia’s cabin, with a detailed dash, readable gauges, and a wood-grained steering wheel. The texture-finished seats look real; so do the dark blue door panels, and the luggage fitted beneath the hatch. The free-standing rear exhaust, and some nice front suspension and chassis detailing, add to the car’s profile on skinny tires and beautiful stepped full wheel covers.

The final note – tiny, photo-etched “Saoutchik” badges on each rocker – made an already wonderful model even more enchanting. More large scale Mullins are on deck. Bring on those super collectors.   – DCX