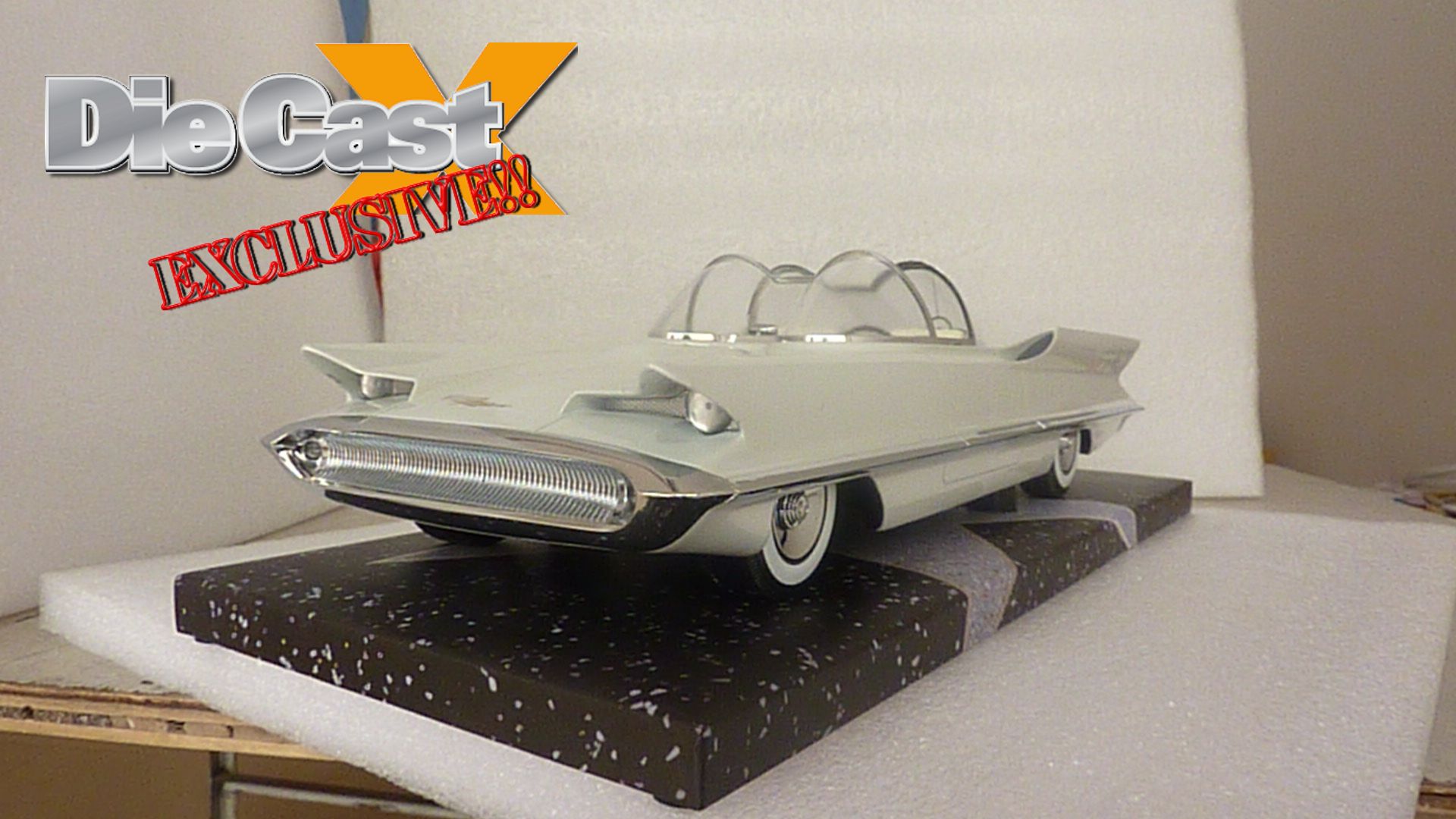 Holy famous show cars, Batman! We just got these factory snaps of the finalized 1955 Lincoln Futura from Minichamps’ new American Dream Car lineup, and we’re chomping at the bit to have one of these giant resins in hand. We’d seen a pre-production piece a few weeks back – and featured the not-yet-cooked cars in the Spring 2013 issue of DCX – but this is a first look at the fully done piece that’ll be on its way here, soon. As we’d hoped, there’s acres of chrome on the model, and a full set of wide whitewall tires; a second look has us digging the lensing in those eyebrow headlights, and the wrinkles in the “leather” (actually well-deco’d resin cast) seats. 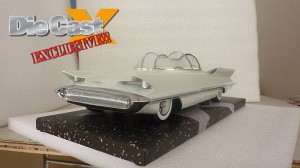 The pre-production model was a big, heavy beast; we’d imagine that with its finished base and final presentation packaging, this limited run (999 made) will be popular with the show car crowd. No word on a mentioned – but not yet confirmed – sub-series run on this mold set, painted in red, as the Futura appeared in its Hollywood debut in “It Started With a Kiss”, but we’ll be watching. The 1:18 “LaSalle II” broke cover last week; the Edsel Ford Speedster is next. It’s going to be a great summer for dream cars. 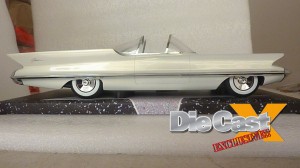 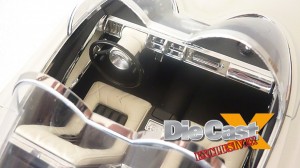