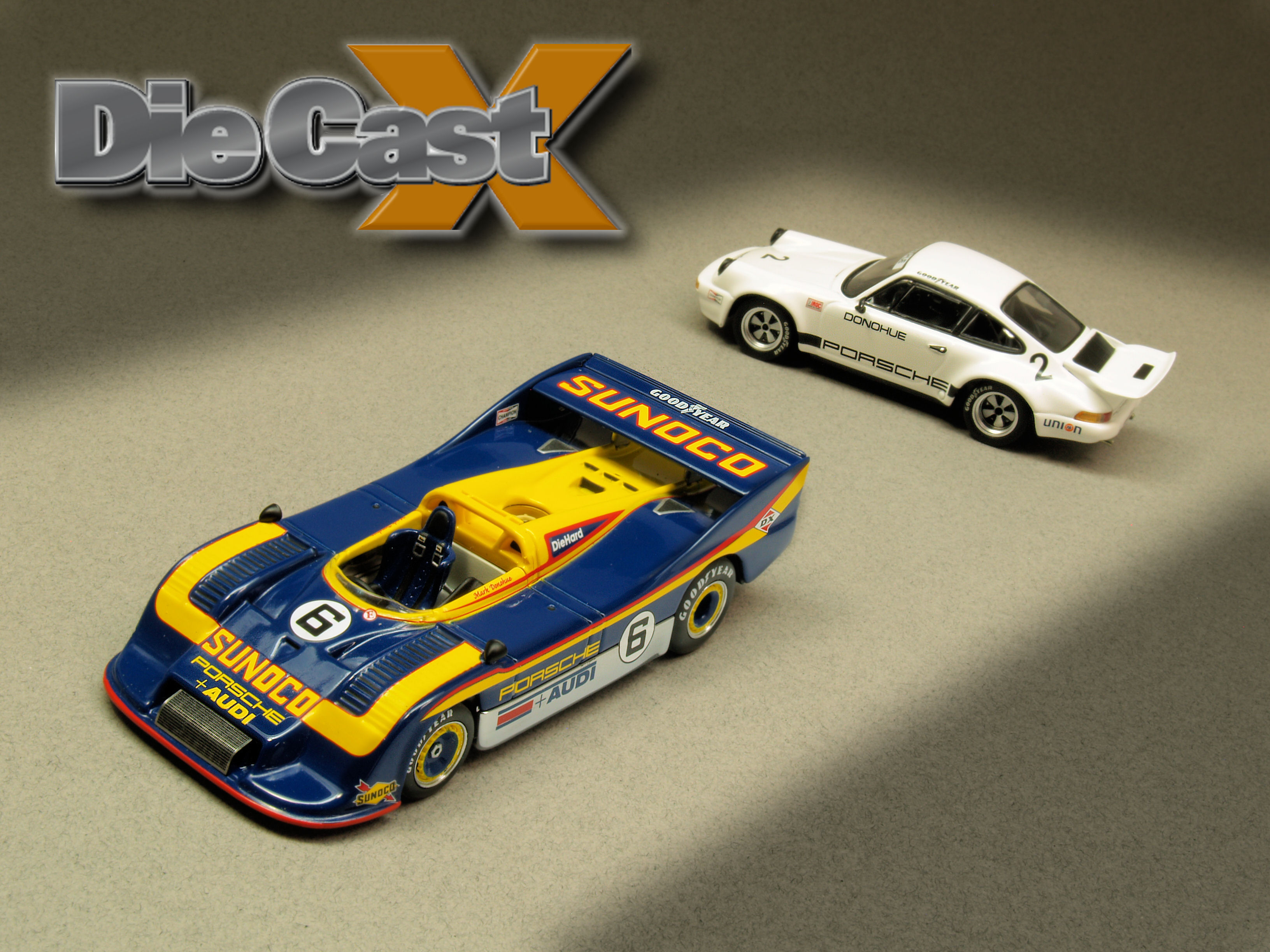 Like Rudolf “Rudi” Uhlenhaut before him, Mark Donohue was an engineer who also happened to be a gifted race car driver – a dual personality that allowed him to return from the track with a head full of ideas on how to improve a car’s performance, and the nuts-and-bolts knowledge on how those improvements could be made to happen.

Unlike Rudi Uhlenhaut, whose life Mercedes (and, by most accounts, Frau Uhlenhaut) deemed too valuable to risk in battle, Mark raced competitively, and successfully, in virtually every arena of motor sport, from Trans Am to Can Am and everywhere in between.

This 1:43 set from Minichamps brings out a pair of Porsches from 1973 – one very famous, and one that’s geared more toward the real Donohue aficionado. The former is the riotously powerful 917/30 Can Am racer that “Captain Nice” piloted to victory at the LA Times GP Can-Am Challenge that year, and the other is the Grand Prix White 911 Carrera RSR (chassis number 911 460 0025) that he won the opening IROC race in.

The models come as a set, and they’re neatly done up with slick paint, well-registered decals, and sharp tampos. The die-cast shells beneath the decos are crisp enough around the edges to compare to resin. Given the difference in “castability” between the two mediums, that’s pretty remarkable, especially around the vents and scoops on the blue and yellow Panzer. Secondary details, like the photoetched grillework that each car wears at its nose, and the mirrors, glazing, and the lensing on the 911, are high quality plastic. Peeking into the RSR’s cabin isn’t easy – it’s all black – but what can be seen is very good, thanks to the crispness of the pieces for the roll cage, seats and doors, and the decorations on the binnacle.

Of course, there’s nothing blocking the view of the 917/30’s open-air control room, and it’s all here, right down to the fire bottle on the floor, and the car’s battery, tucked almost out of sight below the dash. Add major points for the wheels and Good Year-branded tires both cars roll on, which fit into the wheel wells just right.

Come to think of it, everything looks just right. 1,440 sets will be made; the overall display, as mounted to the included, serialized  base with its Minichamps-style panoramic background, is a Donohue fan’s dream.