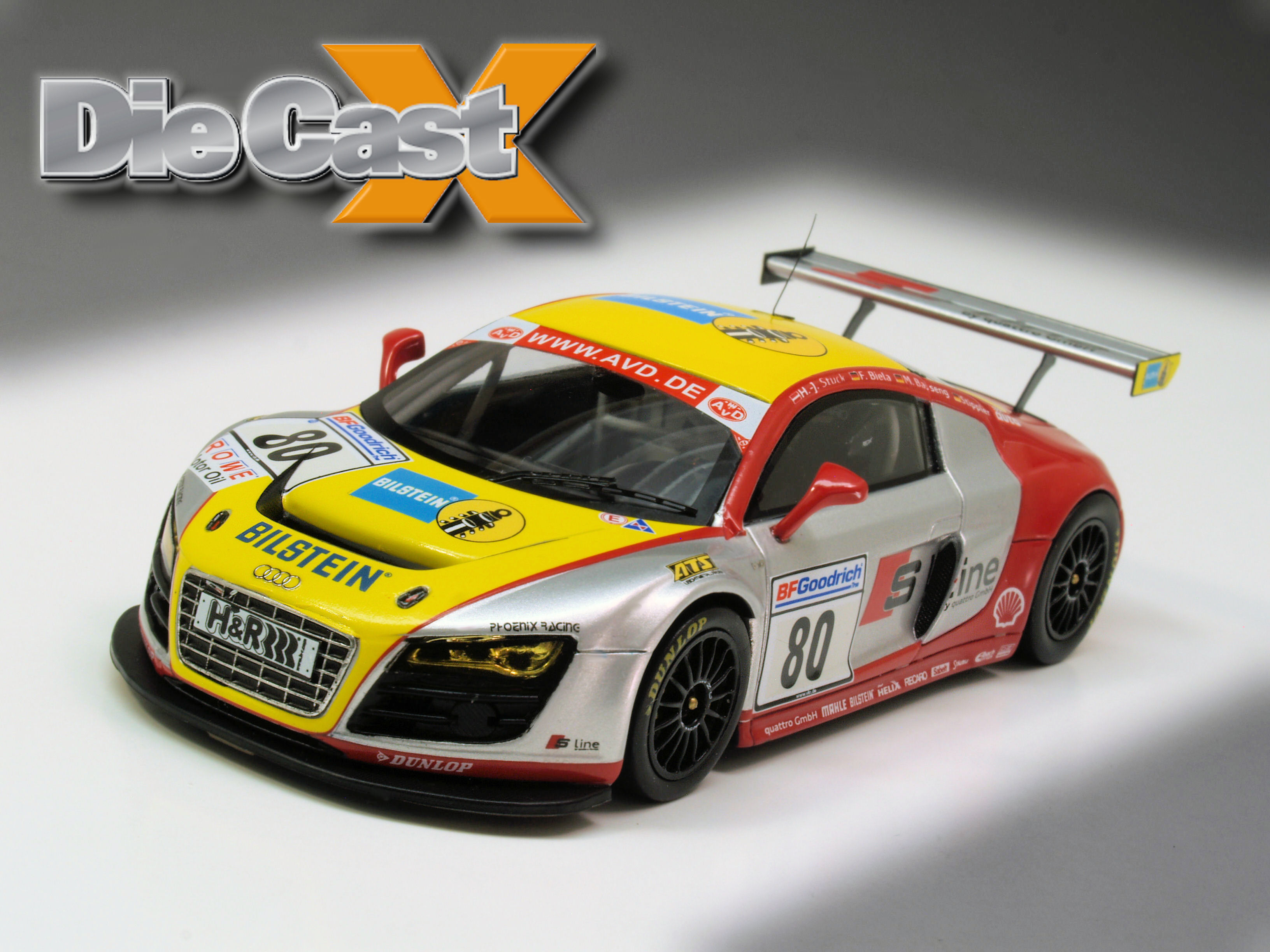 Stuck, Biela, Stippler and Basseng isn’t a law firm – but pity the unfortunate who comes before them on a track, especially if they’re taking turns piloting the likes of this Audi R8 LMS.

That was on the docket in 2009, when Team Phoenix brought the car to the Nürburgring-Nordschleife to claim a GT3 victory and a second-place overall against 188 other cars. The colorfully decorated and decaled limited edition “Evolution” series model (999 made) comes on a special plinth inside a clear case; we lingered over the awesome engine detail under the vented rear glass and the “ceramic” brake discs behind the spoked wheels.

Minichamps keeps making great 1:43, for not a lot of money. Sue us for being so smitten.