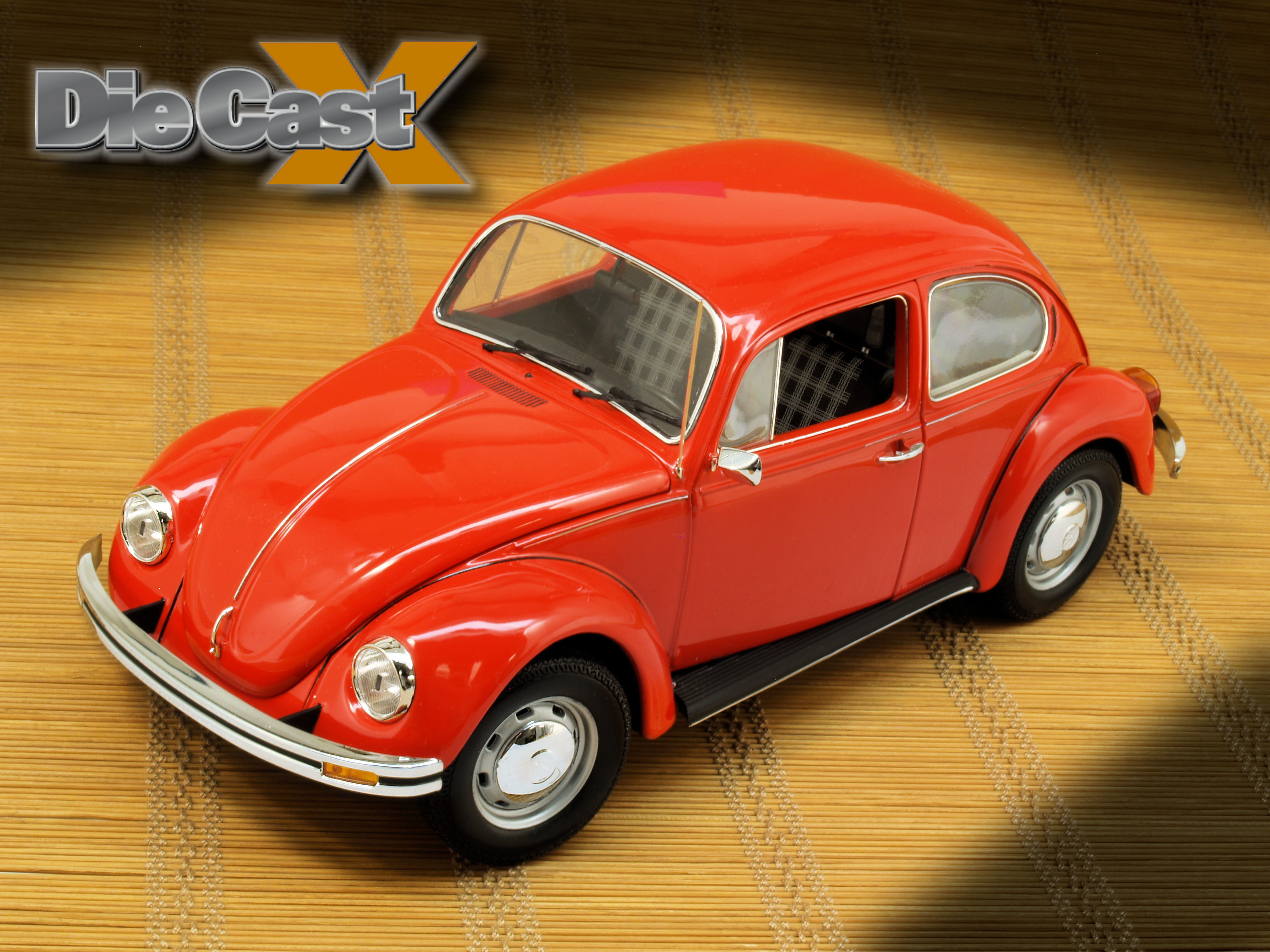 Humble origins can make for noble ends, and few cars have ever enjoyed the loyalty and fervor bestowed on the Volkswagen Beetle. In return, it provided solid, thrifty transportation for millions of Volks folks worldwide for the better part of a sixty-five year production run.

I really like this model of the VW, as done by Minichamps in their entry-level, simply-named “Car Collection” series. It’s cast crisply, has great panel fit and assembly, perfect paint, and it replicates a car from one of the last vee dub production lines – the Mexican production version that was built at Puebla until 2003. Minichamps calls it out as an ’83 – and I believe them, based on the chrome trim, and 1977-on bumper-mounted signal lights. Post ’93, that trim was gone.

It didn’t last long here, either. The strip that runs along the car’s beltline proved really fragile on this sample, and I managed to whack a good piece of it straight off the model while wiping it down for these photos. Mea culpa; I’ll goggle up and get after this one with some bare metal foil, soon. Other than that, it’s a solid citizen, with neat trim for the windows, clear glazing, and a believable overall look, rolling (and well, I might add) on argent wheels with chromed hub caps and sharp radial tires. A couple of tiny detail pieces, for the handles on the doors, engine cover, and trunk, serve as jewelry, and the vents at the cowl and the “C” pillars have been relief painted. That bumps the model’s visual up a lot, and the model looks like it should tag for a lot more than the suggested price of around seventy bucks.

The doors swing on hidden hinges – unlike the real pin hinges the real cars used to the end – but the cabin is well put up, with a sharp crosshatch on the seats and a well cast dash. The boot has a removable spare, and out back the 1200cc flat four engine has been brought about in a slew of black plastic castings which have been detail painted and wired up – nice at this price.

Hey, the whole car is nice for the price. With its barebones chassis and black plastic flooring, this VW doesn’t offer up the carpeted floors and chi-chi working features of some upper crust models, but it tags for a fraction of what those might fetch. Humble wins again.