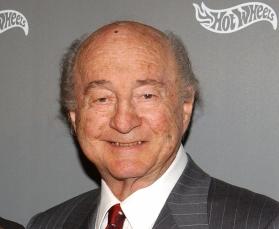 It was a sad weekend for Hot Wheels enthusiasts as the man who started it all passed away this past Thursday.  Believed  to be due to heart failure Elliot Handler died at 95 years old at his home in Los Angeles California.  In the mid to late 60’s Mr. Handler found himself focused on diecast toys cars.  Though there were already plenty on the market; Handler’s whole premise was resting on the fact that his would be the fastest available.  Mattel recruited designers from auto companies like General Motors, and perfected the process of manufacturing small plastic wheels that could spin fast.  Since their debut in 1968 Hot Wheels has produced more than 10,000 various models including many original designs.  Mr. Handler is survived by his daughter, his brother and five grandchildren.