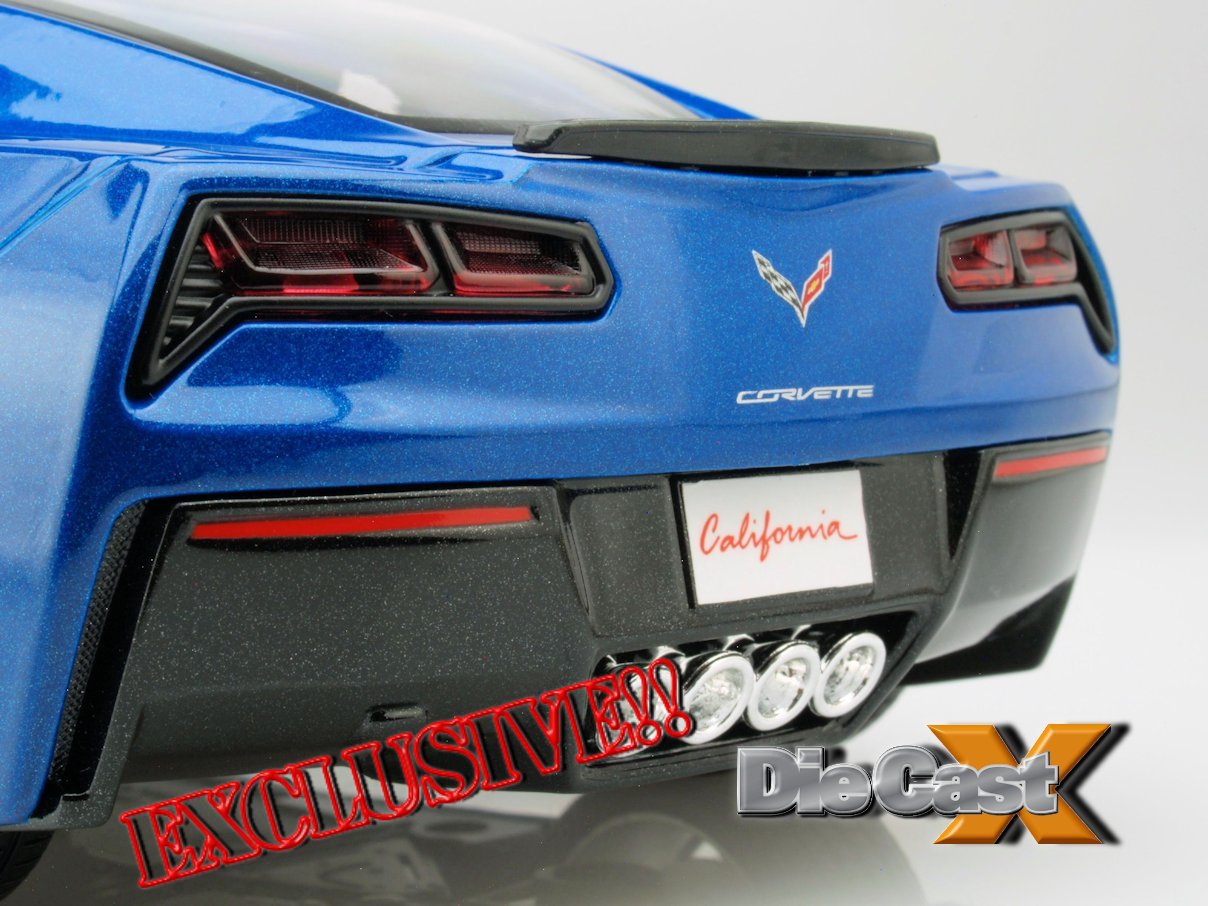 Deadline is always a crazy time for us. But sometimes, something comes along that tears us away from the files and photos. That time happened yesterday when an overnight package arrived here straight from Maisto, containing not one, but two examples of their 2014 Corvette. We’ve been following the development of this C7 since Maisto first announced they’d be bringing the new Stingray out in scale, and it’s entirely possible we set a new record for opening a box once we realized what was probably inside.

Now, before you get all worked up, don’t start looking for any exotic materials or advanced operating features. There aren’t any. But there is a very good take on the new ‘Vette’s angular shape, painted (on this sample) in Laguna Blue Tint – the same color the Indy Pace car wore this past weekend, and rolling on the base Corvette 18-and 19″ wheels. The plastic used for the grille and some of the other trim is a high-quality grade, cast in black, and fitted into the casting really well. The casting itself is nicely prepped with no parting lines,  and the dead-on paint is decorated with nine tampo strikes for the Stingray’s markings all over. The paint doesn’t make it all the way into the body’s recesses where the opening hood, rear deck, and doors usually cover, but it looks like some of the body color was hand-applied at the factory before final assembly, to at least dress these areas.

Yes, things like that are reminders of this one’s budget-level price point. But the interior, engine bay, and boot all have moderate detail to offer, thanks to good, deeply struck castings that have been decorated with paint and the occasional adhesive-backed print. Add in the spring-loaded suspension, and the chassis with its peek-a-boo chromed exhaust, and you’ve got another hit from one of the best budget-minded makers in the business. From what we’re hearing, the car will be on shelves mid-June; more variations and colors are sure to follow.   – DCX