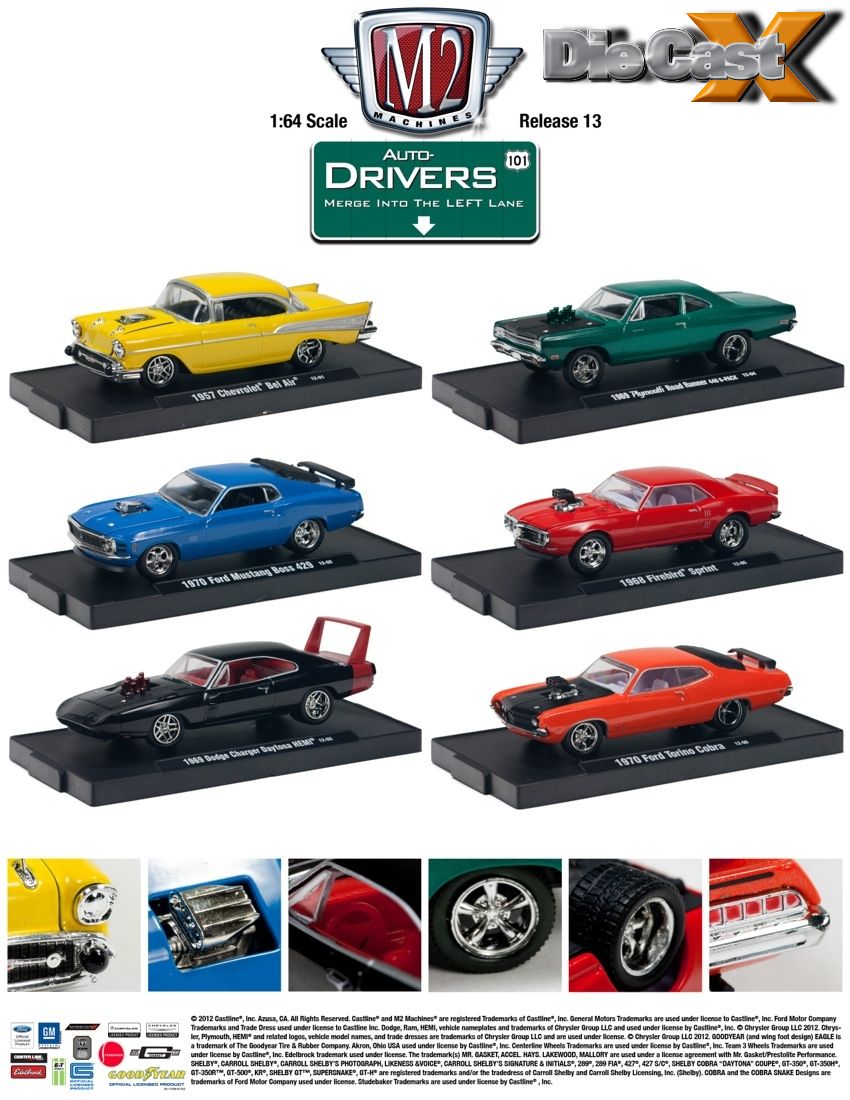 Anyone watching the auctions on television can tell you original is sweet – but there’s nothing like a resto-mod. More power, sure-footed handling, and superior braking all make for better driveability.

That’s the idea behind M2 Machines’ “Auto-Drivers” series, now in its 13th release. The 1:64 selection includes a ’57 Chevy Bel Air with a blown motor, custom rims, and screamin’ yellow paint; a Grabber Blue ’70 Mustang Boss 429 made all the bosser with a supercharger and modern-day rubber and rims; a black 1969 Dodge Charger Daytona – winged and wicked with a 426 Hemi and wide-ride rubber and wheels; a ’69 Road Runner 440 in Emerald Pearl, toting righteous rams for its injected motor and newly-mounted tires and rims; a red ’68 Pontiac Firebird representing the late, lamented performance brand with a blown 400 and asphalt-grabbing wheels and tires, and a ’70 Torino Cobra making itself known with a 429 that’s blown (and a seriously magnetic orange and white color scheme), as well as tough-looking street sneakers.

If that doesn’t get you scouring the pegs, check out the special, limited edition chase car: a ’69 Dodge Charger Daytona in Metallic Green with a white interior and special green tires. Start looking now: the release date was this month, and the folks at M2 are known for being right on time. Better drive – you won’t want to miss these.