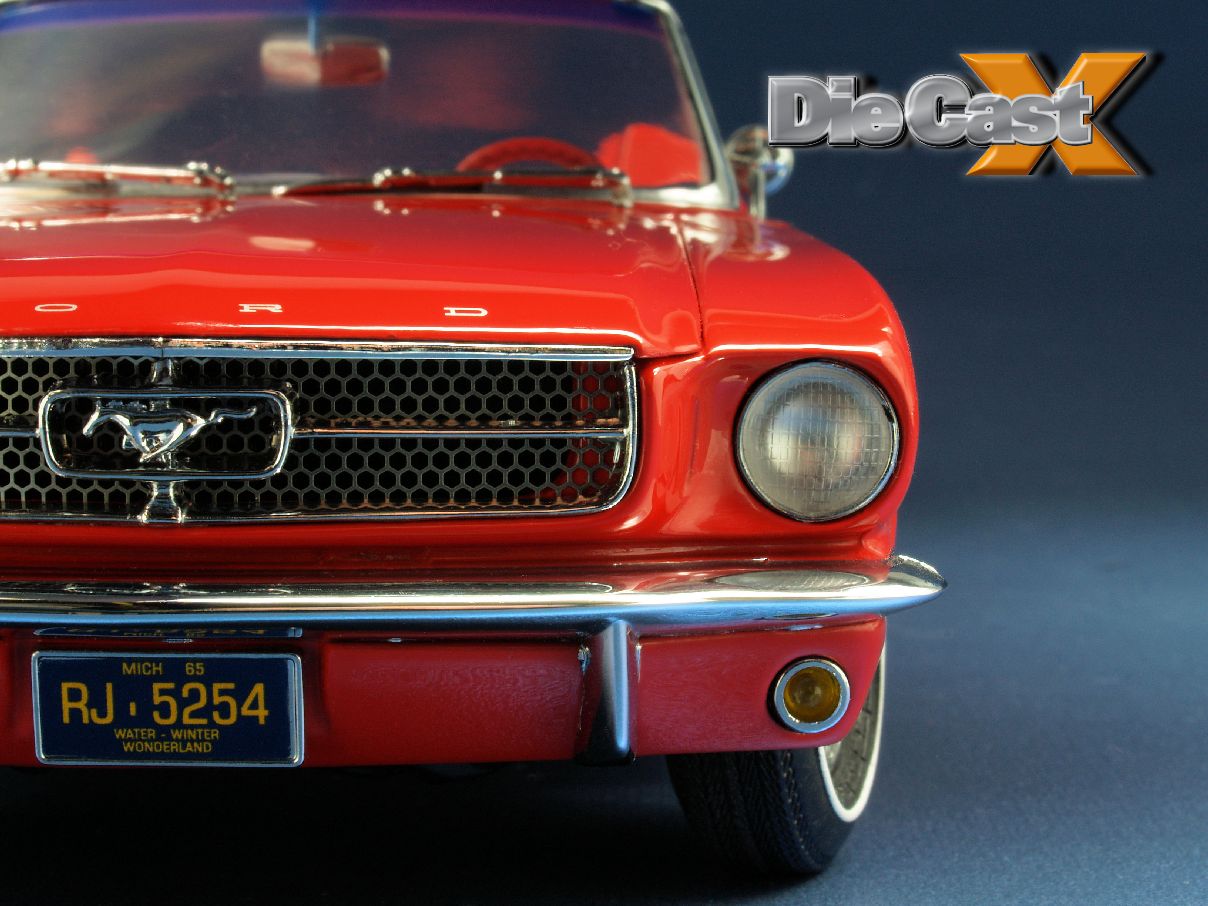 There are a few milestone models in the 1:18 hobby. On the one hand, there are the early, inexpensive Bburagos and Ertls that attracted most collectors to the scale in the first place, and on the other, the super-detailed (and far pricier) one-to-eighteen offerings from makers like Exoto, Lane Exact Detail, and GMP that introduced noble materials, textiles, and fine features to collectors who had the ready funds. Whether the price was twenty bucks, or ten times that, most offered a lot for the money.

Somewhere along the line, middle-of-the-road folks who wanted more detail and features than the budget bombs were offering – but who didn’t necessarily want to part with bags of cash for the fluffier cars – were left out.

The story took a happy turn when Racing Champions/Ertl’s “Precision 100” lineup was introduced in 2000, in cooperation with the Ford Motor Company, to help mark the auto maker’s pending one-hundredth anniversary. It was a match made in model car heaven; the joining of a Detroit Big Three heavyweight, willing to share reams of drawings and historical info, with a model car maker possessed of the expertise and hands-on know-how to make the most of the arrangement. The result of this love fest soon arrived in the form of a 1:18 1964½ Mustang convertible – and the hobby was changed forever.

For around fifty bucks, the Rangoon Red car was.. well, a bolt from the blue. The features were deep. Opening doors, hood, and trunk, all of which operated on authentic hinges; a working suspension, a poseable antenna, and a driveshaft that rotated when the rear wheels were spun, plus tilting visors and tilt-back bucket seats that slid on tracks in the carpeted floor. The handle for the auto trans moved easily to and fro, and photoetched keys – a detail that became a hallmark for the series – dangled from the ignition. Photoetch was also used in the grille and on the buckles attached to the fabric seat belts. Engine detail was nearly unbelievable; every facet of the car’s wee V8 was painted, pad printed, and placed between fenders decorated with everything including the kitchen sink (actually, a FoMoCo washer fluid bag).

Better still – and, despite the plethora of working features – the build quality on the model was tighter, and the finish far more refined, than that of any prior car from this manufacturer. Even the packaging was a cut above: delivered buffed and ready to display, in a nicely printed outer sleeve and Styrofoam clamshell, the Mustang was unlike anything Joe Collector had ever seen for the money.

The secret? Sheer volume. Racing Champions/Ertl had engineered the cars to be mass-produced in large runs – and had planned the release of more historically significant Fords to follow. Models that saw production included a ’57 Thunderbird, a 1913 Model T Speedster, a ’37 Lincoln Zephyr, and a 1964 Ford Fairlane Thunderbolt. Once the series faded away, these tools joined the RC2 “Authentics” lineup – and they’ll hopefully have a role in the upcoming release schedule from New Owners And Carriers Of The Ertl/AMT flame, Auto World/Round 2.

This pre-production sample was one of the very first made for distribution to the press and to dealers, and it’s been a prized, frequently-enjoyed model around here since then. Look around and you can still find production versions in auctions and at shows, for not a lot of money; look again and you can just as easily pick up the other cars from the series, too. That’s not too far to go, for a milestone.