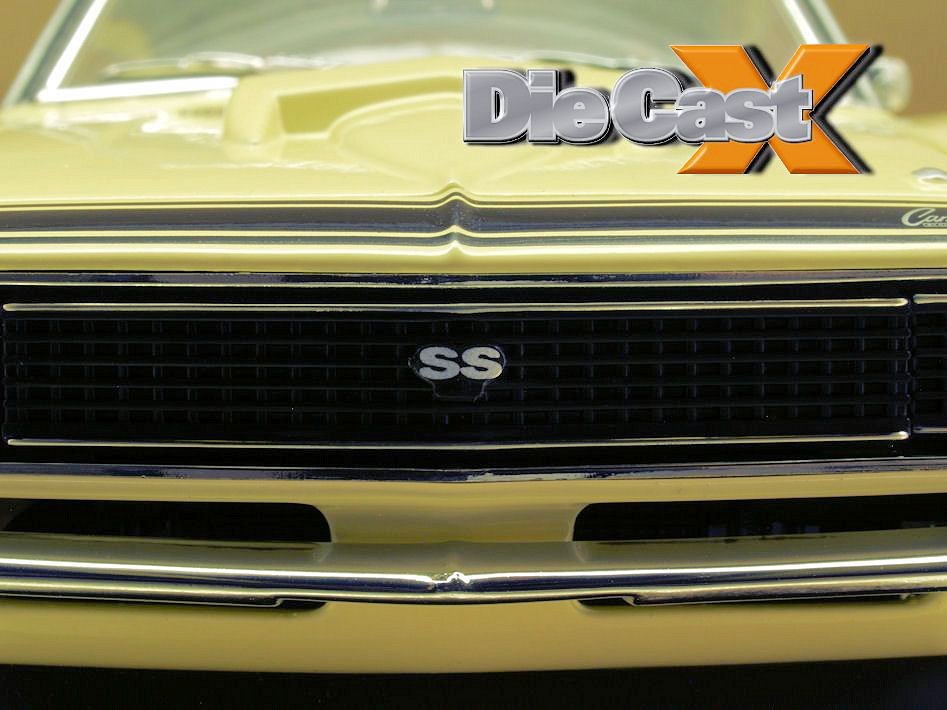 Lane Automotive was – and still is – a supplier of high-performance automotive parts, based in Watervliet, Michigan. In the late 1990’s, they also became a supplier to the 1:18 diecast hobby, offering re-pops of Ertl molds that were built to spec for sale to an image-hungry musclecar collector base.

Those early models were fairly well received, and a few quickly became bona fide collectibles, fetching multiples of their original prices. So, Lane decided to go a bit further – and the in-house “Exact Detail” line was born.

ED cars were a breath of fresh air, and a dose of high detail, for not a lot more money than what collectors were used to paying. Scale car folk went gaga over the wired engines, lush paint jobs, and nigh-on-savantic knowledge of the options book the cars brought out. Build quality and packaging were exceptional; compared to the mass-retail cars most 1:18 fans were displaying, Lanes came across like refined swans in a pool full of slap happy seagulls.

This Butternut Yellow 1968 “Nickey” Chevrolet Camaro 427 SS/RS was introduced in September, 2001 as a special edition of 1500, in cahoots with Bismark, North Dakota’s Little Detroit Collectibles. Two cars were actually released simultaneously – this variant (Item 208S) appeared as a street-prepared sister to a track-ready almost-twin (208D), sporting slicks out back, a hairier, distinctively decorated big block under the hood, and a “Nickey” logo (struck with the correct, backwards “k”) on its sides.

The streeter’s opening doors, hood, and trunk all hang on old-school hinges, but the hefty, overbuilt quality of the piece is unmistakable, with deep chrome, superb tampo’d on stripes and markings, and a grainy, sprayed-on “vinyl” top. The interior is a natty mix of white seating, black piping, and a beautifully put up dash and gauges, with a Muncie four-speed under its console; out front, a twin-Carter-carbed, Bill Thomas-prepped 427 sits below a distinctively scooped hood. Cragars and Firestone redline tires complete the package with a period-perfect touch of nostalgia.

This was high end stuff, back then, and marketed for around seventy bucks when in its first release. These days, the models may not have the plethora of features some current releases offer, but older, entry-level Exact Detail cars (they also did a great line of Shelby Mustangs at this price point) are all still well worth having on the shelf.

Poke around on the secondary market; these still occasionally appear for sale, usually at a premium. Think quality is king? You’re exactly right.