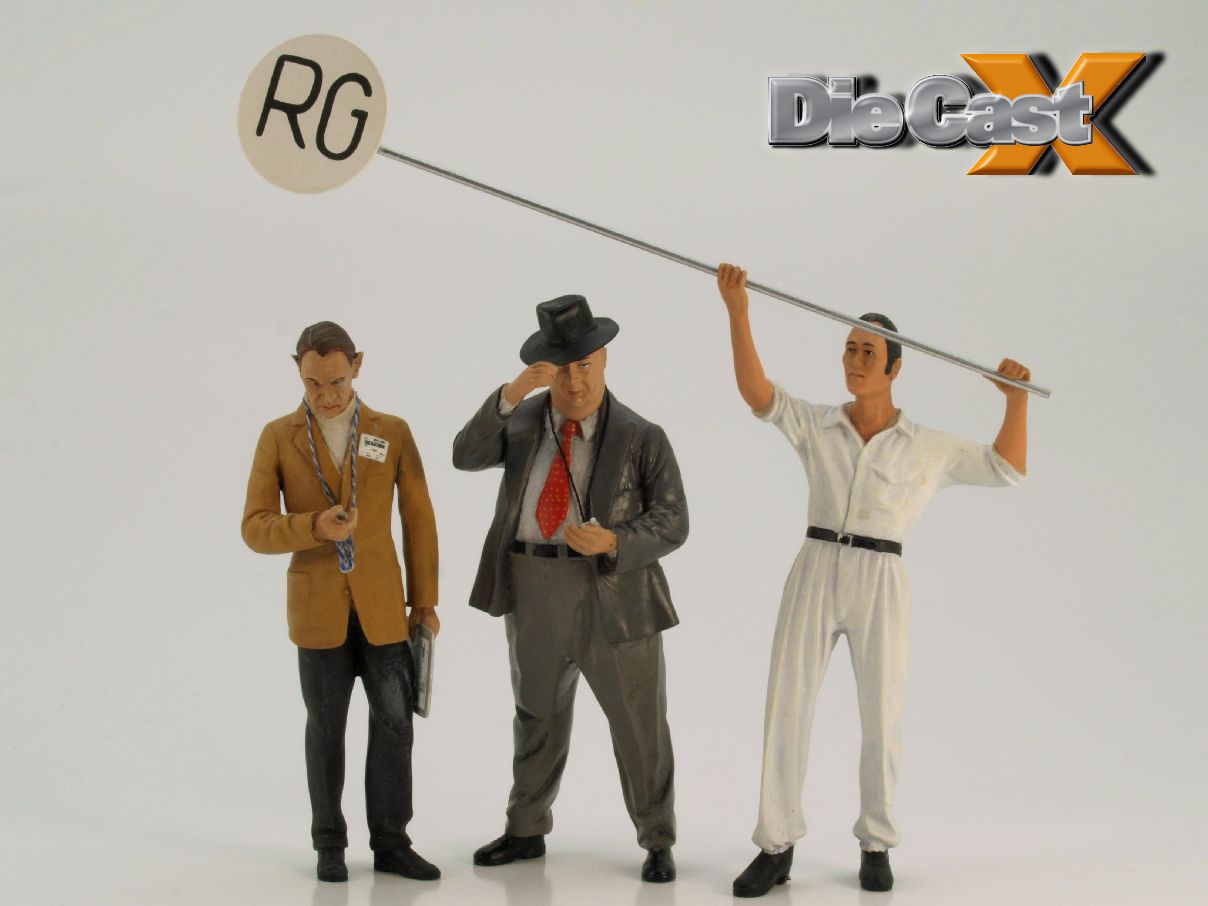 One of the funniest scenes in the Mel Brooks classic Blazing Saddles (aside from the campfire scene, of course) is the one in which the good folks of the town of Rock Ridge realize the replica town they’ve created to trick the bad guys is missing a critical element: replica people.

It’s the same for collectors and their displays: no matter how well done a model might be, the addition of a scale-correct people – especially those that are historically relevant and period correct – can do wonders. That’s why we were so impressed with these 1:18 figures of team owner John Wyer, Mercedes racing head Alfred Neubauer, and an equally well-done flag man/mechanic.

Each cold-cast resin figure comes fully painted and ready to display, and stands well under its own balance – no pesky disks needed under their feet – and the realism on each maquette is accented by the remarkable stances and postures of the sculpts. The faces look natural and expressive, and look great under all but the most extreme closeup; the painted-on features were no doubt done by hand using brushes in the “000” range.

Wyer is frowning down at his stop watch, circa the ’70s, and the portly Neubauer has his eyes fixed on some far-flung racer – a 300SLR, perhaps – circa the 1950s. Both of their timepieces have real string lanyards; the mechanic (named “Manfred” on the box) is holding up a sign, which comes as a separate piece with a plastic roundel and a metal rod that slips neatly into the figure’s hands.

It’s a natural that these will go well alongside any of Le Mans Miniatures’ neat Le Mans cars – or those from any other maker, for that matter – and they’ll surely add a note of humanity to any display. Thanks to Minichamps, NA for sending these along – we think they’re pretty cool.