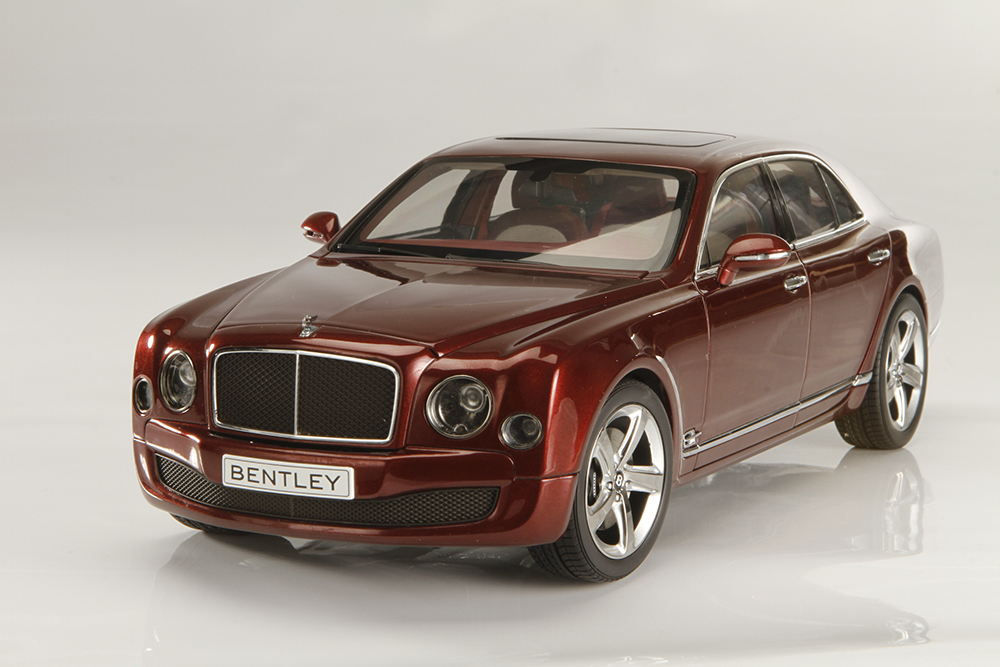 A Soaring Scion of British Luxury

Bentley motorcars have always been a study in contradiction. As a subsidiary of Rolls-Royce for most of the 20th century, stately British luxury and prestige have been central to Bentley’s identity. But the brand has roots in motorsport, having won Le Mans six times—including four consecutive events from 1927-1930—and a brief return to glory in 2003. A Bentley says ‘speed’—even when it’s not in the name. 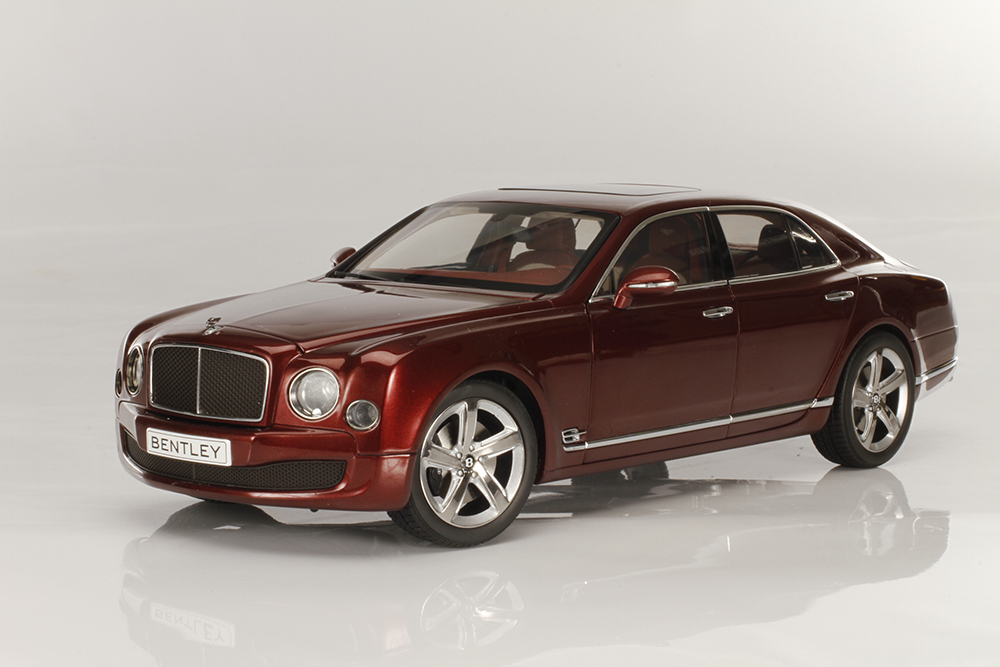 It is no stranger to controversy either. The rollercoaster of Rolls-Royce fortunes have brought Bentley along for quite the ride, culminating in the sale of Rolls’ automotive division (which includes Bentley) to Volkswagen in 1998. Straightforward enough—except that the “Rolls-Royce” brand name and logo was still owned by Rolls-Royce plc., the aeronautical division. Volkswagen had outbid competitor BMW for the sale, who had been supplying engines and other hardware and technical support to Rolls/Bentley for several years—which put the VW in the awkward position of taking over a brand that relied on a corporate rival whom it had just jilted. So a bizarre compromise was struck. VW would assume full control and engineering responsibility for Bentley, while BMW would license the name “Rolls-Royce” from the aero division and the styling trademarks from VW to produce Rolls-Royce cars independently. Still with me? The upshot is, for the first time since 1931 the two brands are effectively unrelated. 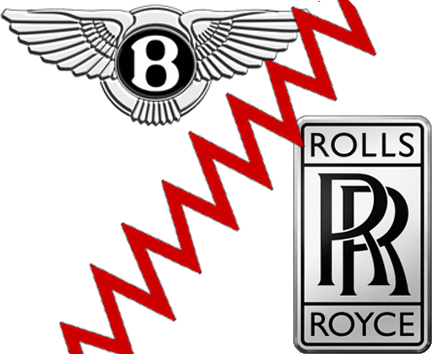 By all accounts bisecting the brands has been good business. Bentley in particular has enjoyed a surge in production and profit, selling a record 10,120 units in 2013 (10 times the number of cars it sold at the time of VW’s acquisition) and boasting 4 consecutive years of double-digit growth. With the super-luxury car segment pegged at about 40,000 worldwide, that means Bentley captured a quarter of it! Meanwhile the engineering of the winged ‘B’ brand has soared as well, with style and performance to rival anything on the market. Bentley’s most exclusive, most expensive range-topping model is the Mulsanne, and it’s most potent and desirable version is the Mulsanne Speed. Bentley builds just 1100 Mulsannes a year, and only a small percentage of those carry the ‘Speed’ designation. Bentley proclaims it as “the most dynamic, most exquisite expression of the powerful luxury for which Bentley stands.” It’s hard to argue. Of the unique blend of characteristics that comprise “Bentleyness” the Mulsanne Speed is the ultimate example. 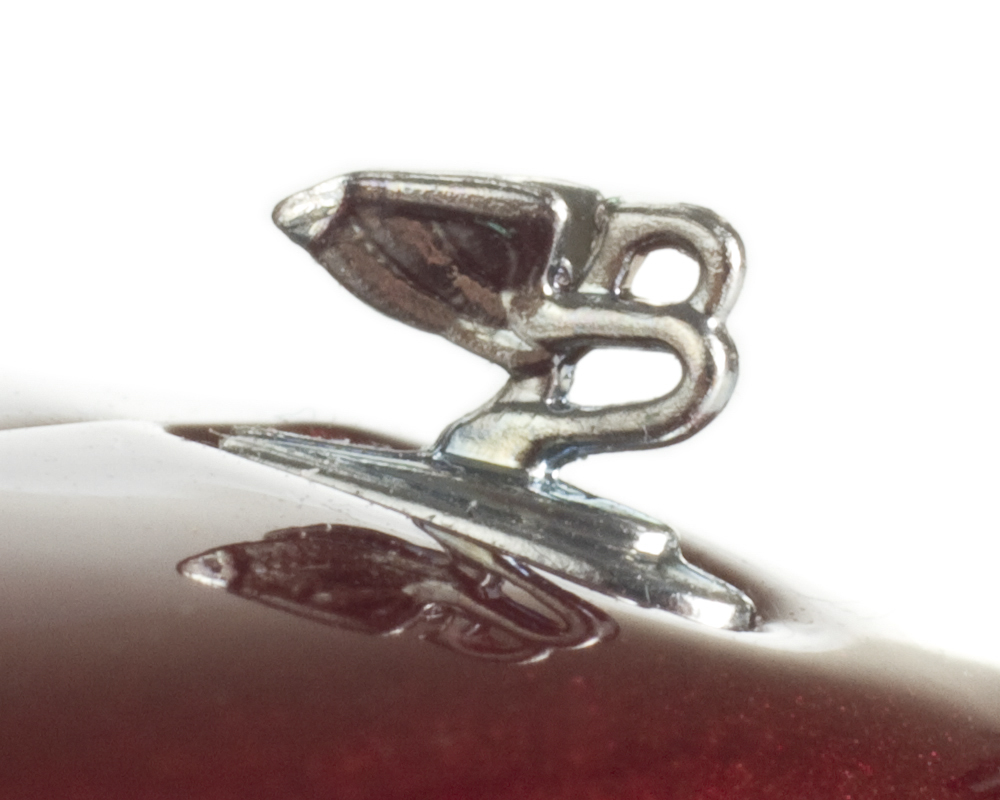 Kyosho goes at Bentley’s flagship with appropriate verve, lavishing it with quality materials and workmanship from stem to stern. And that’s a lot of real estate—the big Bentley measures a foot in length at 1:18! It carries a rich burgundy hue that Bentley calls Rubino Red which accents the Mulsanne’s graceful curves, particularly around the rear haunches and deck lid. There is just the tiniest hint of some orange-peel on the narrow strip of roof forward of the sunroof, but otherwise the finish is immaculate. It features a fair amount of chrome for a modern vehicle, and all of it—window surrounds, headlight bezels, doorhandles, and the tasteful rocker trim that traces from the trailing edge of the front fender all the way around the rear bumper—are all cast as individual metal pieces. And of course the legendary flying ‘B’ hood ornament! Speed models have a sportier blacked out grille treatment, and while it is present I would like to have seen proper mesh rather than the solid black panel with mesh texture. 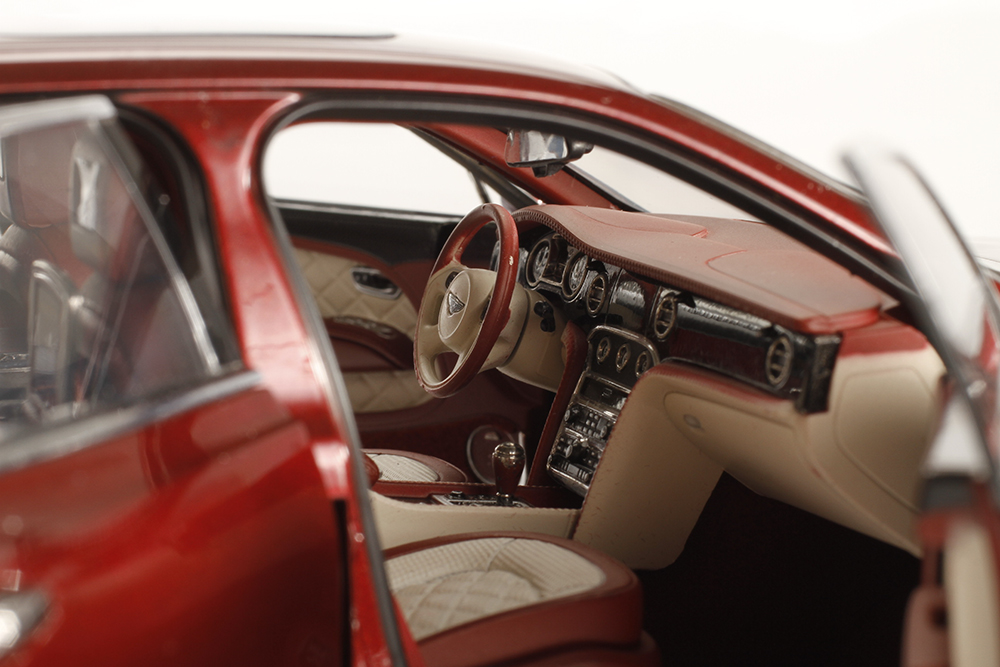 Mulsanne buyers may choose from a nearly limitless menu of options to optimize their motoring experience, and Speed owners get an extra dose of sporting feel with the first ever application of carbon fiber trim in a Bentley. There’s still plenty of wood, chrome, brushed aluminum, and acres of leather—all of which Kyosho simulates effectively. There are dozens of interior color options to choose from; Kyosho selected ‘Linen’ and ‘Fireglow’ for its two-tone leather combo. Hideaway hinges and chrome doorsills add to the feel of sophistication. 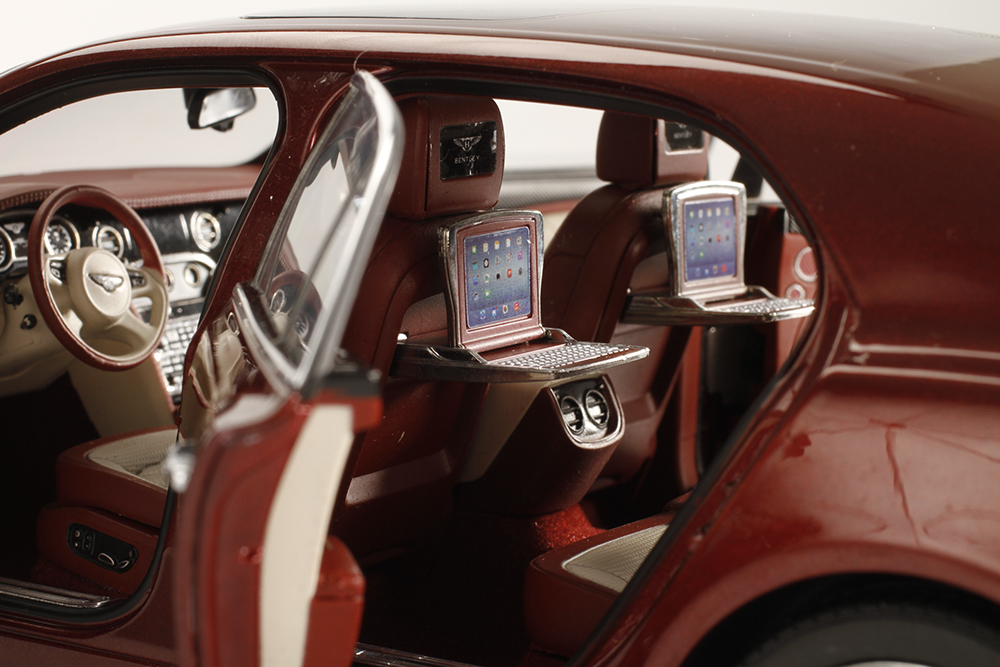 Kyosho also depicts some of the luxury options unique to the Mulsanne—most notably the technology package which includes a pair of iPads connected to Bluetooth keyboards that auto-deploy on motorized trays out of the front seatbacks. And when it’s time to put the work away and play, there’s a compartment in the center seatback that holds a pair of custom champagne flutes—to go along with the bottle chiller under the center cushion (this last bit is the only part Kyosho does not replicate.) 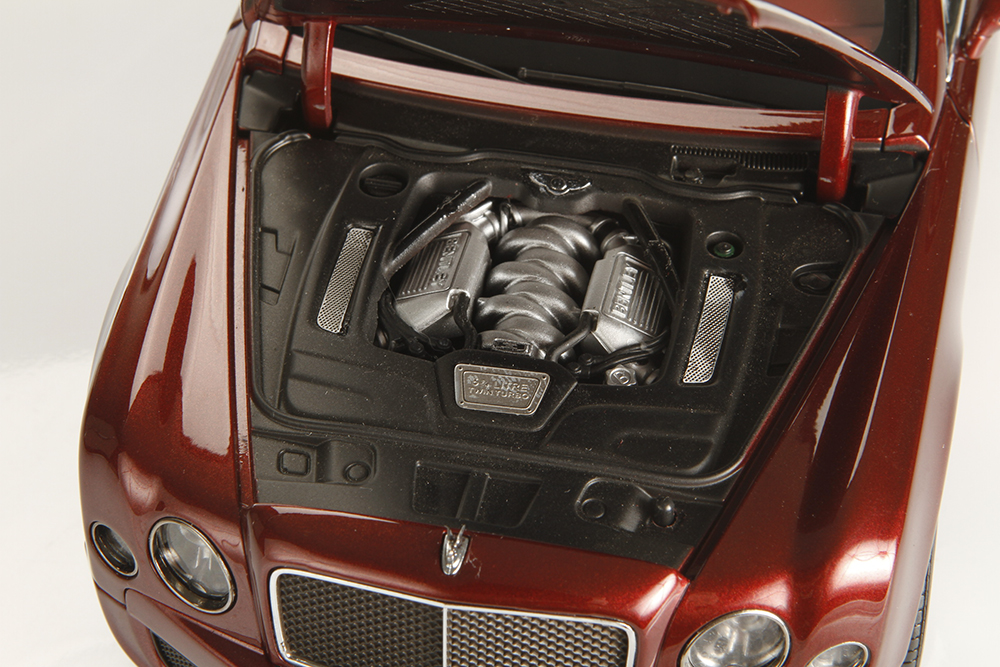 The “Mulsanne” name pays tribute to Bentley’s racing history and the famous Le Mans straightaway that it dominated with its pre-war racers. While no racecar, this Mulsanne certainly earns its ‘Speed’ designation, thanks to a 190mph top end. Bentley is no stranger to forced induction; its “Blower Bentleys” helped cement the marque’s racing legacy, and various Turbo models have boosted the performance image for decades. The Mulsanne employs a pair of turbos on its “traditional” (read: old) OHV V8, but a steady stream of updates have yielded 530 horsepower and 811 lb-ft of torque. Yes, you read that correctly. That torque figure is the second highest available in a regular production passenger car—trailing only the now discontinued Bugatti Veyron (and a few cottage-built hypercars that don’t count as ‘regular production’.) To see Kyosho’s take on this brute push the hood-release button hidden under the left front bumper. A tangle of intake runners and a pair of air-to-water intercoolers cover virtually every inch of visible space on top. There is a smattering of wiring harnesses and hoses in the appropriate places, and laser-etched vents bracket the opening. There is also Bentley’s “6 ¾L Twin Turbo” (Bentley is too “traditional” for decimals!) engine plaque which would contain the signature of the technician who hand-built the motor. 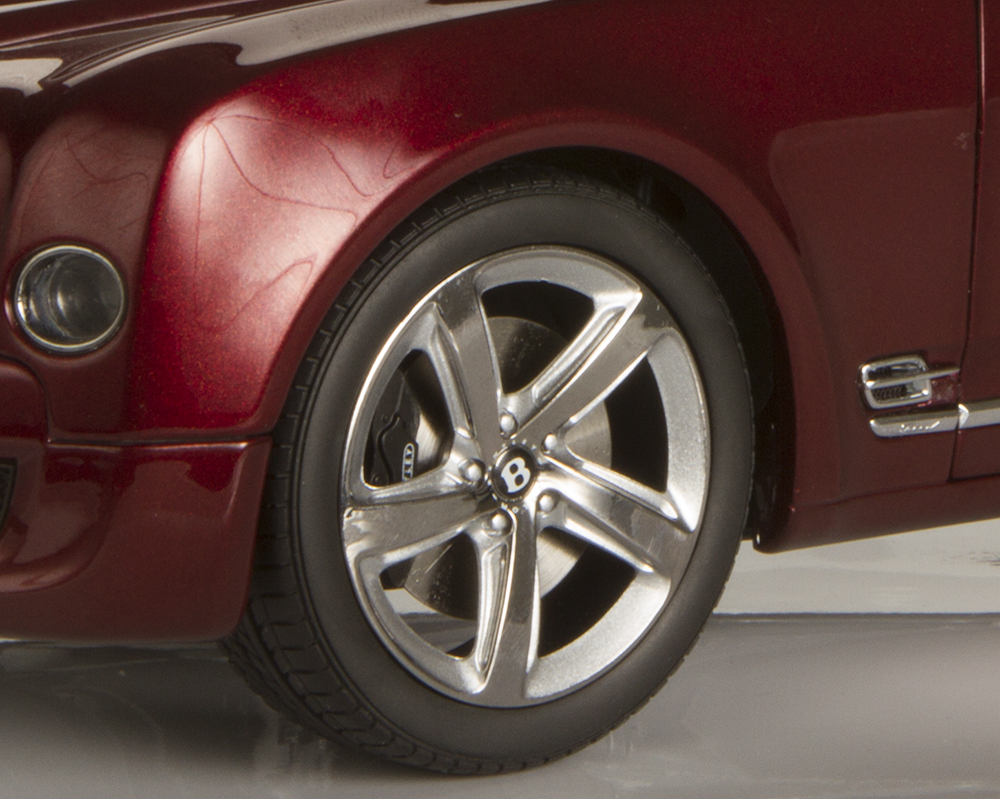 Nearly 18 feet and 6000 pounds of automobile requires serious rolling stock, and the 21-inch wheels wrapped in Pirelli P-Zeros that the Mulsanne comes on certainly are that. The 5-spoke wheels have the optional polished finish, and they are gorgeous. They have an asymmetrical swirl pattern to them so the rights and lefts are different, and Kyosho goes the extra mile to capture that. There’s lovely detail on the brake rotors behind them, and while the tires lack sidewall scripts, both the size and general pattern are quite authentic—although unlike the wheels, the tread is not left/right specific. The chassis plate has a fair amount of detail in the exhaust and suspension, and the model features functional coil springs. 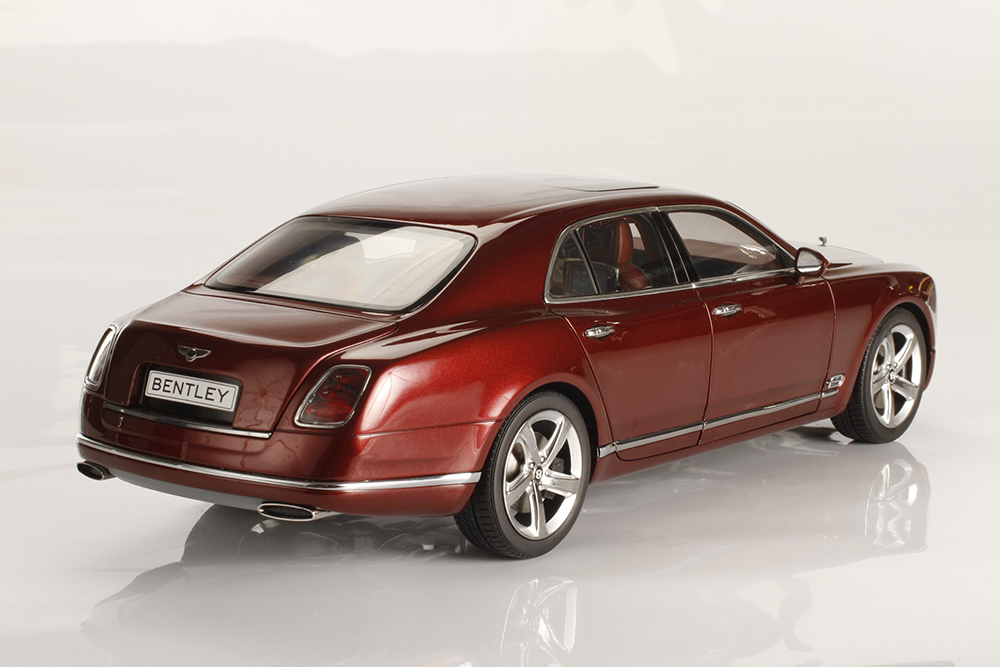 Refinement, performance, comfort, prestige, exclusivity, heritage—on any two or three of these scores Bentley might have rivals, but as a single uncompromising package that delivers them all, the Bentley has no betters. A Bentley has majesty—just ask the Queen of England how she likes hers! And while a Bentley is about the most motorcar you can buy in the luxury performance segment, the Mulsanne Speed is the most Bentley you can get. It’s a great showcase for Kyosho to demonstrate what it can do in the 1:18 marketspace. Certainly there are a couple of Rolls-Royces in Kyosho’s stable that equal it in terms of sophistication, but the Bentley appeals to me more. Maybe it’s the more understated nature—the air of quiet capability? And yet it is more evocative than Kyosho’s BMW or Audi luxury offerings. Perhaps it’s not something that can be quantified, but the Mulsanne Speed has it and Kyosho captures it. Great model! 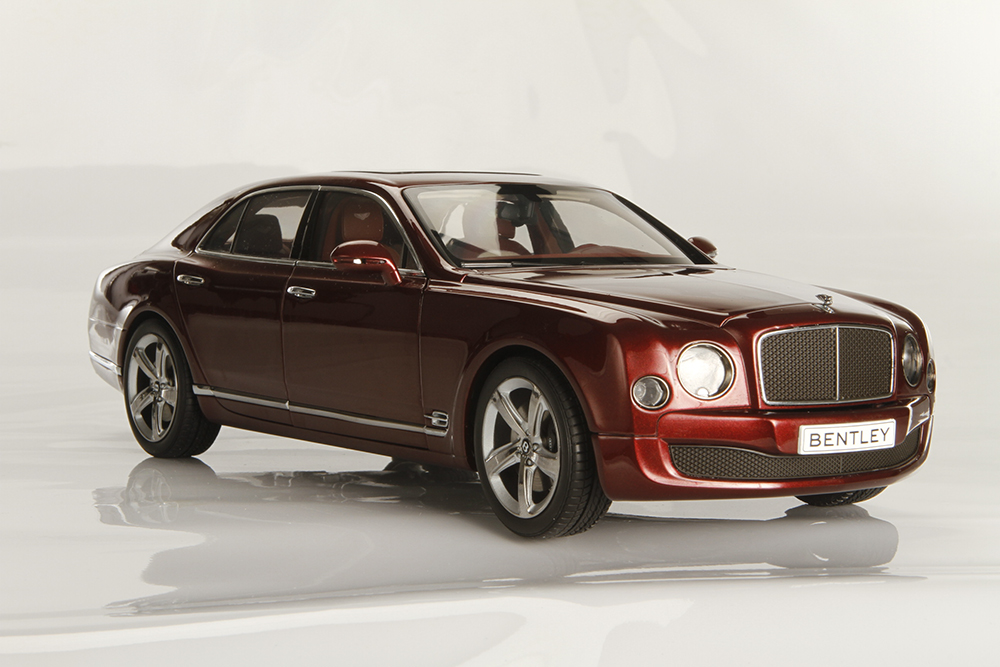