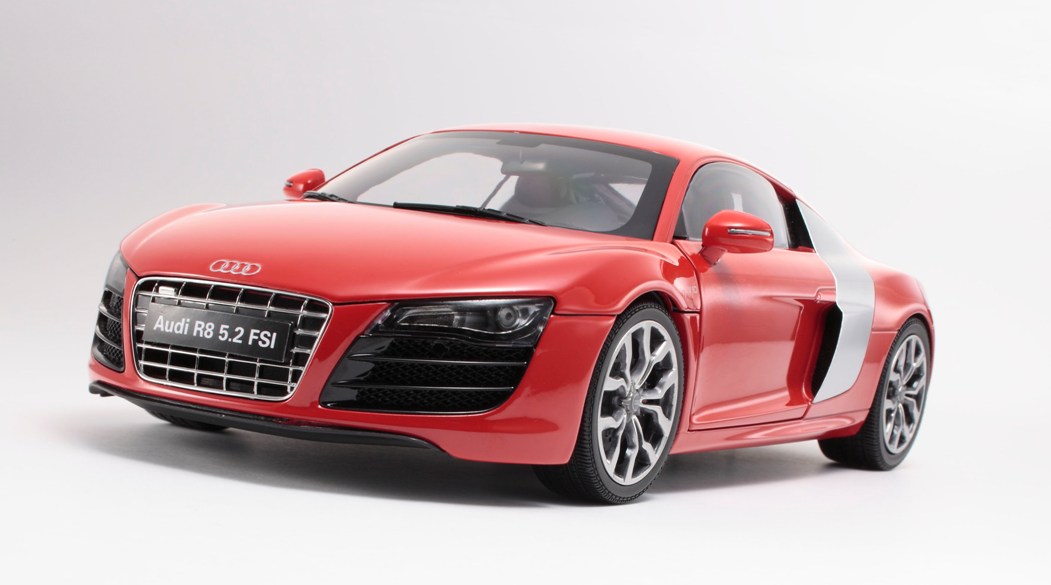 What was Audi to do after they’d mastered perfection with their R8? The answer was easy for the team of engineers in Ingolstadt – push the boundaries even further.  Mission accomplished: they produced the 2010 Audi R8 5.2 FSI – otherwise known as the ten-cylinder R8.

Though similar to the S8’s motor (itself a de-tuned version of the Lamborghini Gallardo’s ten-cylinder power plant) with a few tweaks the engine was now producing 525hp and 390 lbs ft torque.  Coupled with Audi’s all-wheel drive system the FSI was capable of 0-60 in under 4 seconds.  A bargain at $115,000; for most of us, the scale alternative is even better – Kyosho’s is tagged at around $150.00. 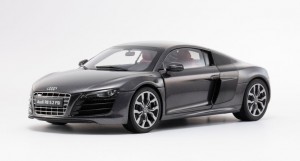